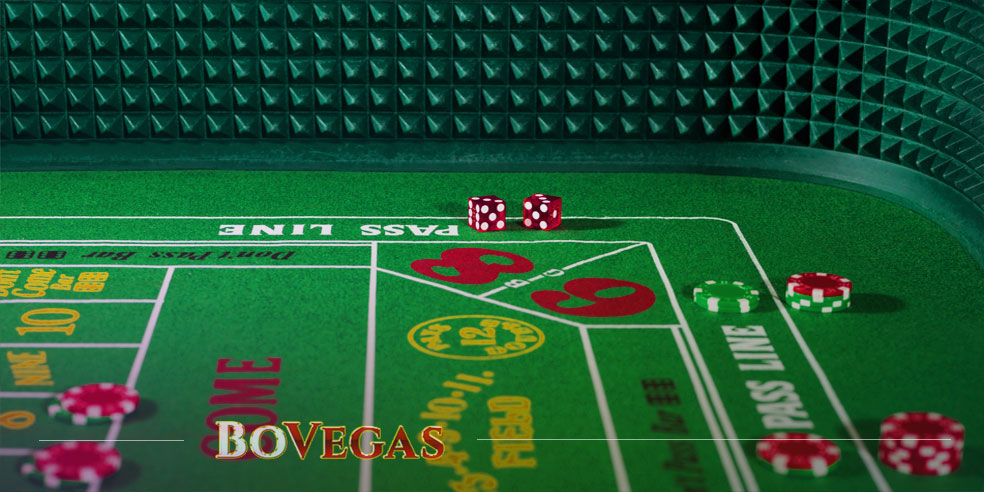 Casinos are always coming up with different variations on existing table games, in order to seduce bored gamblers to play casino games more and more! So just imagine that craps numbers become point numbers without any loss on the come-out. This scenario finally becomes possible with Crapless Craps, also known as Never Ever Craps.

There are various ups and downs in the rules, which are modifications of the regular craps game. If you know how to play traditional craps, the rules of this variation may seem a bit weird; so this is a good reason to get acquainted with the rules and the odds of Crapless Craps!

Unlike the traditional point numbers, this game offers 2, 3,11 and 12 as point numbers. It seems like craps players do have to make an effort to cheer up, but when the shooter rolls out 2 or 12, there is only one way to do it again on the come-out roll. Also, there are only two possibilities to have 11 and 3.

Here the role of 7 is a no point number. And that’s where the hidden pitfall lies! Comparing to the aforementioned possibilities to get 2,3,11 or 12, the chance of getting 7 on the come-out is just staggering. There are six options to get 7, and there are no chances of losing! In the traditional setting, you can have 8 winners and 4 losers. Moreover, the house edges are also different, with the 4 times privilege of Crapless Craps.

The pass bettor may win if the shooter consequently rolls out the point number before they get 7. The pass bets have to carry all the burden of the loss, as 7 is a frequently rolled out number.

After establishing the point by 6 or 8, the chances of winning increase, because there are now five opportunities to have both of them again. There are four chances to win with 5 or 9, and three with 4 or 10.

That said, the number of winning combinations is not that tempting. So even if you assume that you get six sure winners and no losers, there are still some risks present.

Never Ever Craps has a slightly different layout than a standard craps table. In a casual situation, it would have 4,5,6,8,9 and 10 point boxes, but here they are represented by the sequence of 2,3,4,5,6,8,9,10,11 and 12. Also, there are no Don’t Pass and Don’t Come bets. The Come bets are similar to Pass bets, however, they are placed on rolls.

The true odds payoffs for the game can be arranged the following way, where we compare the possibility of having a point number to getting a 7.

Considering the above table, we can combine the house edge on the pass line and free odds.

As you see, depending on the casino you may diminish the house edge using odds multipliers.

Place bets in Never Ever Craps has its own specifics too. On the one hand, they are similar to the classic game; while on the other hand, place bets on 2,3,11 and 12 can also be made. When you do this kind of bet, you choose a certain number. And when the shooter rolls the dice, this number should come out before you get a 7.

For example, you bet on 8 – your winning or losing depends on whether this particular number comes up. In case of a 7, you lose. Be aware that no other number counts, and the action goes on! During the game, you have the option to either take down the bet or leave it.

The payoffs are the following for the indicated numbers:

What Is the Best Behavior?

The house advantage in ordinary craps can be significantly reduced if you use pass line bets together with the free odds. But in Crapless Craps, this may be a harder task to achieve, given the fact that the lowest edge under this combination will be around 2%, by contrast to the standard game.

Try to take advantage of the place bets, as their possibilities of winning are quite alluring; however, the house edge might be too high in case of 2 and 12, as well as 3 and 11.

From time to time gambling, experts refer to this kind of game as a gimmick, and state that your chances to win are really low, and that the numbers show it all! However, there are still some premises in Las Vegas where you can roll the dice and play this truly extraordinary variation of the game!

Related Posts
Betting Goals In a Nutshell: How to Bet in Poker
15 Tips: Craps For Beginners
How To Pick The Best Slot
How to Build a Better Bankroll
Tags: Craps, Gambling, Odds and Bets, Strategy, Table Games, Tips and Tricks
Popular Posts
The History of a Card Deck and Its Symbolism
43135 views
The Biggest Casino Wins of All Time
36394 views
Insightful Baccarat Guide
25795 views
Roulette and Probability Theory: Math That Gets Interesting
20223 views
Top 10 Movies About Lottery Winnings
20101 views
Last Posts
Origin of Casinos and Their Development Up to Present Days
924 views
Greyhound Racing: History, Interesting Facts, Betting
754 views
How Will Casinos Look in the Future?
836 views
History of Gambling In Ireland
735 views
The Symbolism and Spirituality Behind the Card Deck Suits
874 views

Various items are considered to be lucky in different cultures. Practically anything could be an object for beliefs and worship. But the most fascinating examples are probably lucky animals. You’d be surprised to learn how many creatures are considered as bringing good luck. Depending on the cultural background and local peculiarities, different people focus on […]