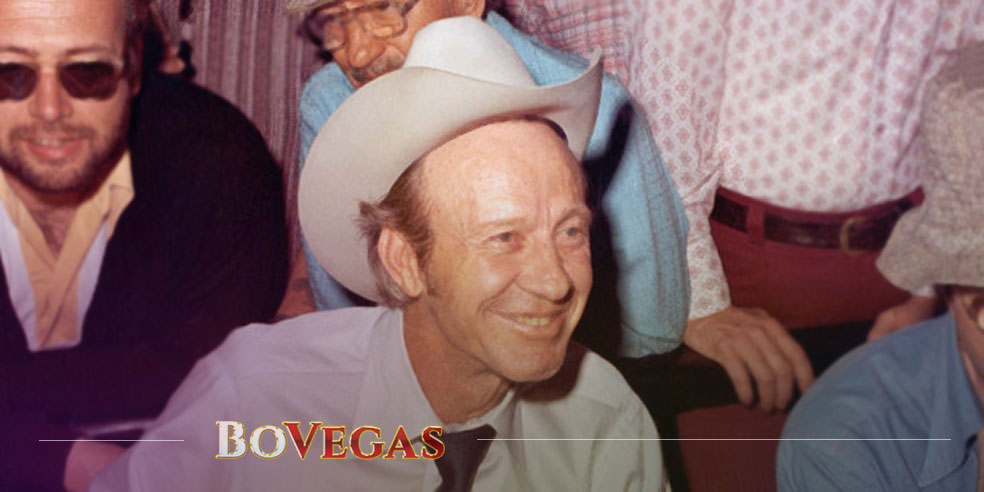 Some poker legends are too bright to ever fall into oblivion. One of them is Amarillo Slim, whose name is inscribed into the Poker Hall of fame in perpetuity. His utterly mind-blowing talent has made him one of the most recognized gamblers in the world; you could even trust him to wager that a chicken would win the Presidential election, and he’d probably win! Unfortunately, this cornpone-spouting Texas superstar bid farewell with us in 2012 and changed his cards for wings. Nevertheless, the story of this outstanding poker player will continue to echo through the years, giving so much material for rumors and movie scripts.

All Started Not in Texas 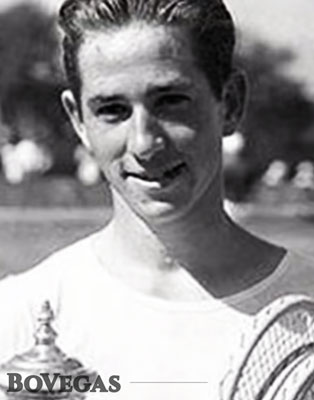 His real name was Thomas Austin Preston Jr. and he was born on New Year`s Eve 1928 in Johnson, Arkansas. This small town had nothing to offer his hard-working father; so the family decided to move to Turkey, Texas. Thomas was a nine months old toddler when his family first stepped on southern soil. However, they never settled there for a long time. Moving back and forth around the state exhausted the marriage of his parents, and when he was 11, they got divorced. From that moment, Preston was swinging between Arkansas and his father’s home in Amarillo.

His versatile talents became clear when he was a student: mathematics and sport! Mathematics was not a problem for him, so it helped him skip third and fourth grades. Young Amarillo Slim Preston had some pretty good results in basketball and other kinds of athletics, but he never pursued a career in sports. His mother insisted on traditional academic education, and so he went along with her decision. Even though he was elected as the president of his sophomore class at the Peabody Academy, he lost interest in studying, choosing to give his all at the snooker table instead!

Eventually, he decided to move in with his dad in Amarillo, not paying that much attention to the prep school. The gleaming lights of the local pool bars in the Mexican area captured his heart…

Pool opened new opportunities for this fresh young hustler. He was able to drain the pockets of his competitors in the blink of an eye! This captured the attention of two Amarillo top gamblers, who took him on a pool trip, while promising to enlarge his bankroll. And they didn’t let him down! Later on, the talented young boy teamed up with legendary Minnesota Fats. The contrast between these two was so evident that gangly Preston got his famous nickname very quickly! This friendship taught him so much about the perfect character of a successful player. He became chatty and sharp-minded; and of course, he always had a good story to tell. Catchphrases that he used amused his fellow-punters, always sticking with them till the end of the game.

However, all the gambling was to stop when the army called for Amarillo! In 1945, he joined the Navy, but even so, he never quit his passion. As a trusted captain’s driver and yeoman, he spent several months on the drifting ship near the shore of Honolulu and then landed at the naval air base close to Portland. Only then, with a lot of spare time on his hands, young Preston finally practiced pool, rolled some dice at the local clubs, and played some poker! By the age of 19, he had $100,000 in the bank.

In 1948, this extraordinary man appeared before some high-standing military officials, when he applied for the military. The aptitude test showed he had some stunning math skills, and he was offered to work for the FBI. Amarillo turned down the offer because, as he once stated in his book, he wasn’t stupid enough to believe in honor among thieves! Hence, Amarillo Slim appeared in Germany, where US troops were located at the time.

Germany turned out to be a goldmine for gamblers. Impressed by the pool skills of Amarillo, one of the colonels talked him into traveling with pool exhibitions around military bases under the surveillance of the so-called “entertainment department.” At that time, life gave Amarillo Slim not lemons, but a big jar of honey and a hell of a spoon! Besides frequent playing venues, he had been selling black market stuff like Mickey Mouse watches popular among Russian soldiers, as well as gasoline, cigarettes, etc. In the end, he departed from the military as a filthy rich man.

Amarillo Slim continued practicing pool till the early 1960s. Rushing around the country to hustle pool was an idea inconsistent with his family values. Thus, he decided to put the cue under the table and settle down. From that moment on, he was to be inducted into the world of poker games instead. 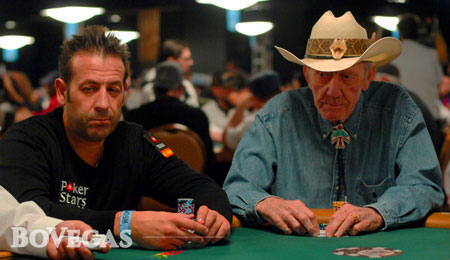 Slim couldn’t fit into the world of office jobs and regular wages. It just wasn’t his thing! He tried to be a bookmaker, but the iron grip of the law was so close that it risked catching him. This is why he swayed to poker, which wasn’t that dangerous, but it wasn’t really safe either. Back in those times, gambling was pursued by the law, and Texas was a pretty bad place to have a card game. Being stabbed after winning the showdown or arrested by cops were both fairly regular occurrences in the era when online poker didn’t even exist; which is why famous cardsharps used to team up, in order to protect themselves and share the profits.

The star gang of Amarillo Slim, Texas Dolly and Bryan Roberts, known as the “Texas Road Gamblers” played it hard, cleaning out the pockets of the locals in various secret card rooms and secluded casinos.

The adventurous mind might well consider such trips to be fun, but the reality was actually rather harsh. The underground gambling world met Slim and his folks with angry mob chases, thugs waiting on the outside after the wins, and kidnappers who would beat them up till they cracked and snitched on all their fellow gang members. Despite all that, the steel nerves of Amarillo Slim could withstand any storm, and even serve some sweet revenge for those thugs!

The Las Vegas spirit was much more appealing to the road punters, so they decided to show Sin City what they had! Back in the times when the rest of the country was campaigning against problem gambling, Vegas was progressing as a mecca of entertainment. Amarillo Slim and Doyle Brunson decided to take the city by storm. However, this was a tough nut to crack. They lost around $100,000 in 1964 and retired from the game for a while.

The dawn of the poker tournaments in Las Vegas brought Amarillo Slim back to life. In 1972, he won his first World Series of Poker title, beating Puggy Pearson for $80,000 prize. The consequence of wins was followed by the gold bracelet gained in the No Limit Hold’em in 1974 and another one in Pot Limit Omaha 1985. He never stopped playing until his death in 2012.

There will be always something magnetic about this poker world maverick, whose name was recorded in gold in the WSOP Hall of fame in 1992. His appearance on the Jimmy Carson Tonight Show made for a real media breakthrough for the gambling industry. Moreover, he is even rumored to have placed some blinds at the poker table together with Presidents Nixon and Johnson. His winning record is superb, and he even dealt Willie Nelson, renowned country legend, a $400,000 loss!

But the contributions of Amarillo Slim to the world of gambling go far beyond pool or poker tables. His bestseller novel Amarillo Slim in the World Full of Fat People gives an intriguing perspective the magnificent, perilous, and passionate story of this master, so we can all take a glimpse of this true poker legend, and revel in his exciting life! No matter how long it may be since he passed away, his spirit will always be looking down on any poker venue worth its salt, watching history being made!

How to Throw a Casino-Themed Party

So many ideas are out there for party lovers. Why not have a casino night, get all dressed up and play the most intriguing table games? With tons of inventive ideas available online, casino-themed decorations present on popular markets, and iconic movies to draw inspiration from, the preparation itself can be fun, while the party […]

Casinos have always been known that personal communication is an important matter, because they realize that the key to hearts of their customers is appreciation! And by developing special loyalty programs and granting privileges to their more active members, casinos have been building a strong connection between their users and the brand. As the competition […]