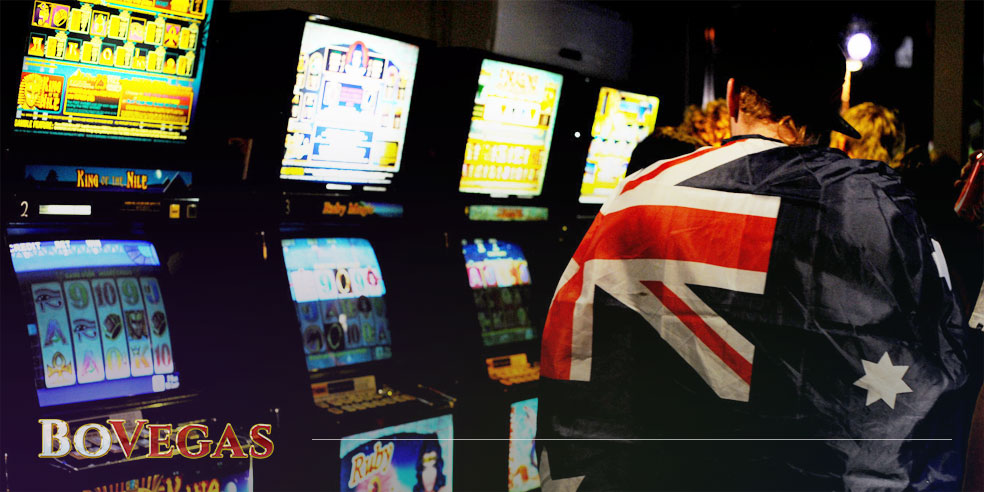 Pokies (a term derived from poker machines) are the biggest gambling attraction in Australia. The nation is actually obsessed with them: there are six times more machines than in the U.S., and the total amount of bets on are double the number you can find in America. But why are they so popular in this country? Simple games of luck with flashing lights and bright colors form a large part of the entertainment culture in many parts of the world. Just think of Japanese pachinko parlors or the very same slot machines in America! But it seems that the real-money pokies of Australia are a unique phenomenon.

Slots games came to Australia in the early 20th century, but they were only legalized in 1956; three years after a local company, Aristocrat, started manufacturing gaming machines. At first, pubs and clubs were the number one destination for pokies placements. People combined enjoying their companies and drinks while having fun playing! Clearly, the first pokies didn’t have much to offer: they had primitive graphics, only three reels, and no additional features. But with the development of new technologies, these games were enhanced over time.

In the 1960s, pokies were converted into electromechanical machines. Money Honey is a famous title that allowed for large payouts. The games weren’t presented in casinos till 1973, simply because there were no legalized casinos before that time! With the increasing popularity of land-based facilities, poker machines with random number generators have brought the industry to a qualitatively new level. Later, pokies with progressive jackpots were introduced to the gambling community. Every new pokie machine was filled with new attractive features, such as free spins. Slots were already rated as a form of inexpensive fun at that time; but considering the possibility to get enormous payouts with a minimum investment, they won the hearts of Australians big time! 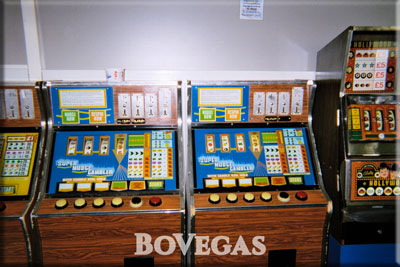 At the moment, Australian online pokies are outperforming offline ones for a number of reasons. The first pokies were launched in the 1990s and gradually improved over time, just like land-based machines; transforming from primitive three-reel games to ones with bonuses and progressives! Since online platforms have lower overheads compared to bricks-and-mortar casinos, they have higher return-to-player rates and attract more customers now. It means that gamblers are more likely to win more and lose less while playing online pokies in Australia. Moreover, Internet games evolved to be accessible via portable devices: playing mobile pokies is the most convenient way for many users, especially younger ones.

Pokies are a great source of revenue for the country. However, the number of losses tend to make many people think of gambling on poker machines as the driving force of addiction! Anti-pokies campaigns are sometimes held, where people demand this type of entertainment be banned. There is, however, another discussion which is far more reasonable: it aims at providing the best regulations for slot machines in Australia.

The international media have expressed a politically charged opinion that the Australian casino industry resembles the American National Rifle Association, as the number of gaming machines per person is similar to the situation of gun ownership in America.

In some regions (Western Australia), pokies outside casinos are banned. What is being discussed now in the context of better regulation and harm minimization is that maximum bets should be reduced, and that gamblers should set budget limits before the game starts. These are logical measures that actually can help Australians maintain a healthy attitude and dispel any thoughts about the dangers associated with pokies gambling.

Gambling practices have been well established in Australian society ever since it was a British colony. Horse races betting became an acceptable form of colonial leisure at the very beginning of the 19th century, while card games were widespread among locals even earlier. Gambling is pretty much rooted in the history of Australia!

Along with Australia’s development as an independent country, gambling policies did differ from one state to another, and there has been much debate about forms of prohibition and what social groups should be included in such activities. It all started with the old British influence; but after reaching a certain level of recognition among locals, the gambling industry began developing in accordance with public opinion and the needs of the players. Australian governments have been using the experiences of other jurisdictions to regulate different kinds of gambling. Casinos were prohibited for a long time; but after they were finally built, they began to stimulate serious economic growth. And nowadays, there are many facilities, including complex resorts, that successfully attract both locals and tourists, bringing in some huge revenues. Online casinos are on the rise as well, offering the same thrill with enhanced convenience! 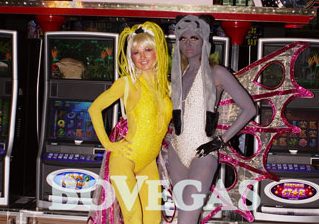 Poker machines were already outperforming other casino games in the 1980s. Right until now, they have caught the attention of Australians, with all their innovative features and exciting jackpots! You can find people of all ages and genders busy playing the slots. As pokies do vary in theme and style, you can easily find a game that suits your personal preferences. People visiting hotels and casinos with installed poker machines really enjoy this kind of entertainment; as do online platform customers! Most people playing pokies realize what their odds are, and they are under no illusions about automatic sweeping boards; fortunately, however, Australia’s impressive variety of offline and online pokie games helps them all relax and have a bit of fun!

Related Posts
Train Your Brain to Become a Great Gambler
Best Casino Destinations to Welcome the New Year
Forgotten Game of Faro
Reasons to Play at an Online Casino
Tags: Gamblers, Gambling, Gambling Laws, History, Landed casinos
Popular Posts
The History of a Card Deck and Its Symbolism
41398 views
The Biggest Casino Wins of All Time
34173 views
Insightful Baccarat Guide
24702 views
Roulette and Probability Theory: Math That Gets Interesting
18555 views
Top 10 Movies About Lottery Winnings
17603 views
Last Posts
Origin of Casinos and Their Development Up to Present Days
485 views
Greyhound Racing: History, Interesting Facts, Betting
395 views
How Will Casinos Look in the Future?
419 views
History of Gambling In Ireland
364 views
The Symbolism and Spirituality Behind the Card Deck Suits
426 views

This Chinese game initially took root among cutting edge gamblers in the U.S.; and then later on, pai gow took on a totally different form. Indeed, in the United States, this traditional dominoes game was substantially modernized, and in 1985, the businessman and gambling prodigy Sam Torosian transformed it into another branch of poker. Pai […]

‘Nevada’s Black Book’ is the name of a book used to identify undesirable casino visitors, and it includes names of swindlers who have managed to cheat while playing in casinos. The Black Book is officially titled “List of Excluded Persons from the Gambling Control Council in Nevada.” The first edition was published in 1960, containing […]