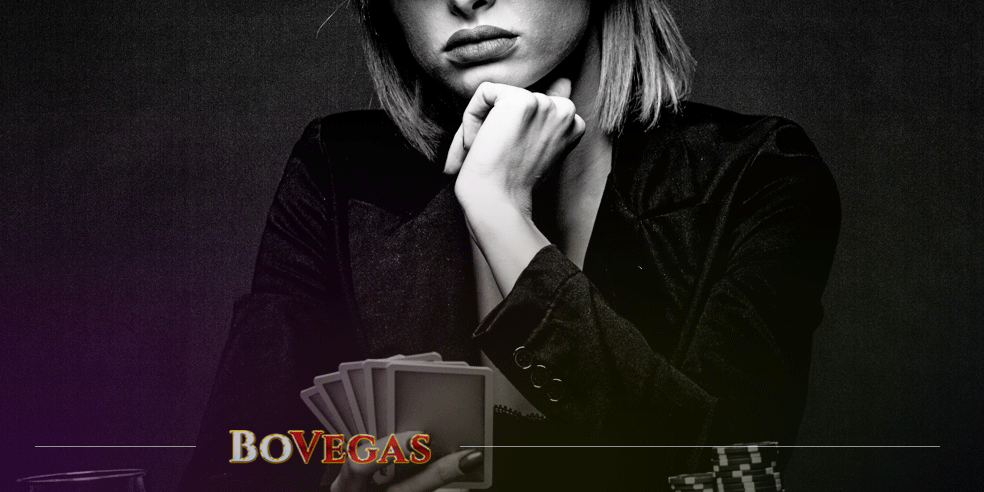 As far back as records indicate, gambling has been a significant source of entertainment in the world for over 4,000 years, and it has been discussed in many books about Ancient civilizations. During these historic eras, and in the periods that followed, women were considered to have a low stature in society, and in many ways, they were of course oppressed by their dominant male counterparts.

For centuries, women all over the world, regardless of their class, had no social, economic or political rights; and they were seen simply as mere reproductive machines. It wasn’t until the 1920s that mankind finally began to realize what females were truly capable of; and in the years following this, women all over the world began voting, smoking, drinking, celebrating, and generally using their newfound freedom to their advantage.

But when did society evolve to the point where women were allowed to start gambling?

Well, despite the oppression of women throughout history, it seems that when it comes to gambling, it is believed that they have been actively partaking in poker games since the 1800s.

In the Wild West of South California, they were said to have hit a complete “gambling boom,” where regular poker matches and forms of Blackjack would occur inside cowboy-style saloons. Women weren’t merely treated as a kind of payout for the men that won in these games; they actually had a seat at the table and were said to play fierce hands, just as good as the guys!

Some of the most renowned players of that time were Tules Barcelo, Lottie Deno, and Kitty Leroy. 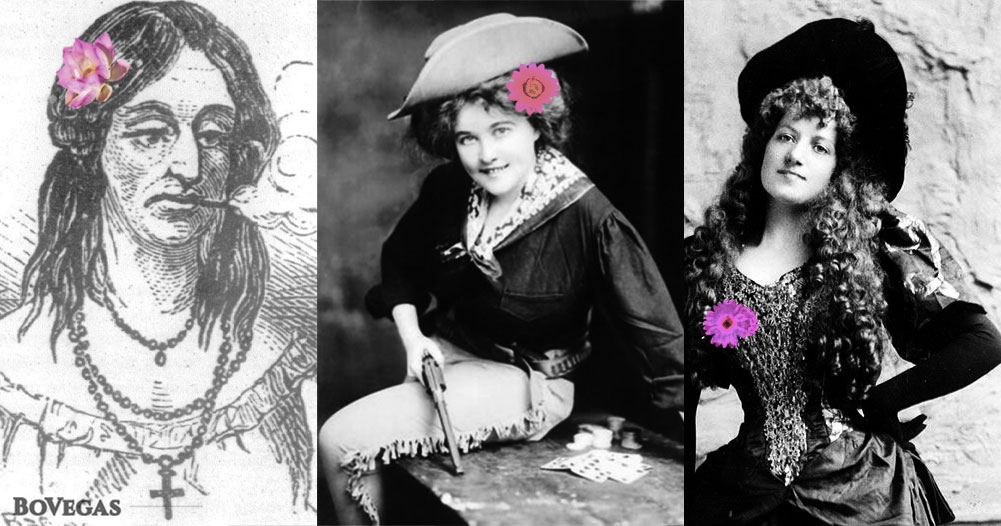 Tules was a saloon owner herself from New Mexico, and an outstandingly good gambler, who passed away at 52 with $10,000 to her name (almost $2 million in today’s currency!) She became a hugely valuable asset to the U.S Army during the raid of New Mexico, after they borrowed money from her to feed and water the troops.

Lottie Deno, aka Carlotta J. Thompkins, was also a notorious gambler from the 1800s, hailing from Texas. She grew up with her father, who taught her all of his tricks when it came to winning card games in plush casinos. Throughout her adult life, she was known for her exceptional Poker playing skills, and earned the title of “Angel of Antonio.”

And then we have Kitty Leroy! She was typically known for being an entrepreneur for some of the most unorthodox occupations out there: such as saloon-owner, prostitute and trick-shooter! She was also known for her promiscuous tendencies and a lifestyle which knew no boundaries, which caused her to pass away aged just 27.

Some of the most intelligent Poker players in the world are women. The most undeniable female Poker pro is three-time World Series of Poker champion Vanessa Selbst. She sits on a fortune of over $11.8 million and her track record is yet to be beaten, even though she took early retirement at the start of 2018. 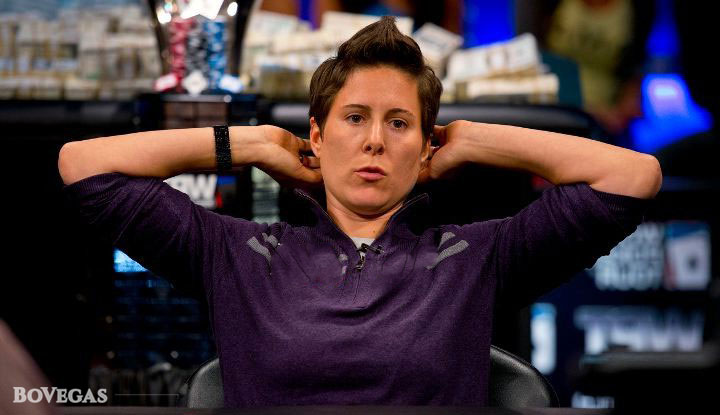 Kathy Leibert is also regarded as one of the top female Poker players of the 21st century. Although her accumulated winnings do not quite match up to those of Selbst, she has been a veteran in the game for well over 20 years, with over $5 million under her belt.

Annie Duke is the only woman to have ever won the NBC National Heads-Up Poker Championship. However, she hasn’t actively partaken in any tournaments since 2010, where she came in at 8th place with $25,000 prize money at the World Series of Poker Tournament of Champions – this seasoned player has won $4,270,549 in hard cash and chips over the years.

In April this year, 11 of the most talented female Poker candidates were put forward to have their names featured in the Women’s Poker Hall of Fame. There were 50 initial submissions, and the board’s committee narrowed the results down to the following candidates:

The candidates were only put forward under the conditions that they had a minimum of 10 years in the industry, were aged 35+, and had acted as an overall advocate for Poker for 10+ years, or else made a positive contribution to the movement in some shape or form.

All of the above names did meet the benchmark for the above points, but only 2 women made it into the actual final.

The lucky pair selected for 2018’s hall of fame were: Lupe Soto; Founder of the Women’s Poker Association and CEO of the Senior Poker Tour – and Maria Ho; TV personality, commentator and record-breaking poker player who is currently ranked as the 4th on the GPI among female poker players across the entire world.

The WiPHoF ceremony took place at the Orleans Casino in Vegas, marking its 10th year running.

Where are all the other ladies in Poker at?

That’s a good question! Despite the fact that Poker has been a male-dominated industry for many years, there are more and more females jumping on the bandwagon and hitting the tables. However, when it comes down to professional tournaments in the poker rooms, it still seems as though these are still lacking a real female presence.

In 2016, VICE conducted an interview with pro poker player and broadcaster Kara Scott, to find out what her thoughts on why woman in poker are still a bit of a rarity. She thinks it’s due to male presumptions about women’s abilities to play a good hand and tactful game; as well as stereotypes more generally, as these that simply put many females off even wanting to partake in any poker games with male players.

That said, more events and celebrations are at least being thrown all over the world to encourage more women to participate in Poker. Some include the World Poker Tour, which hosted the first-ever all Female Poker Summit in August this year, as well as the World Series of Poker Ladies Event in the Rio All Suite Hotel and Casino.

Why we shouldn’t have a gender disbalance in poker:

Why we still have gender disbalance in poker:

You may be surprised but there is only one point in this section.

Here we have the whole range of social traditions and prejudice passed down to us through generations. And poker is not free from all that. Even the best female poker players feel the impact of certain presumptions when they play poker live. This certainly puts some additional pressure on these women, and it doesn’t feel good. Many women refrain from playing poker in tournaments for precisely this reason.

The fast development of online gambling is definitely going to change the gender balance in poker. In fact, it’s going to happen so nice and easy that we could be still unaware of that. Playing poker online, you don’t really know who you’re going to be playing with. And it’s actually very difficult to say how many women there are among online poker players. They do play, and they do get better! And many of them are going to switch to real felt. So in years to come, we’re definitely going to see more women playing poker!

To this day, gambling remains one of the most popular, entertaining, and even addictive, activities men and women engage in every day, and it also generates a substantial amount of revenue for economies all over the world. So as more and more countries are legalizing the both online and offline gambling, and more stars emerge every year from the abundance of female talent out there already – women could well take the lead and stand as the champions of Poker one day!

Who is the best female poker player?

Here is the list of the top seven female poker players

What is the Poker Hall of Fame?

The Poker Hall of Fame was founded in 1979 in Las Vegas, USA, by Benny Binion. He was the owner of the Horseshoe Casino, and naturally a prominent figure in the history of gambling. While the original idea was to create an additional attraction for his casino, The Poker Hall of Fame now plays a much wider role in preserving the legacy of the greatest players in the world.

Has a woman ever won the WSOP main event?

No. Or, rather, not yet. No. There has been only one woman to make it to the final table. Her name was Barbara Enright, and she did it as long ago as 1995!

In this article, we’re going to look at the fundamentals of game theory as they apply to poker. Now, game theory is a very complex branch of applied mathematics that can take years to understand. Just ask Chris Ferguson, who spent more than ten years studying the concept at UCLA! For our purposes, however, we’re […]