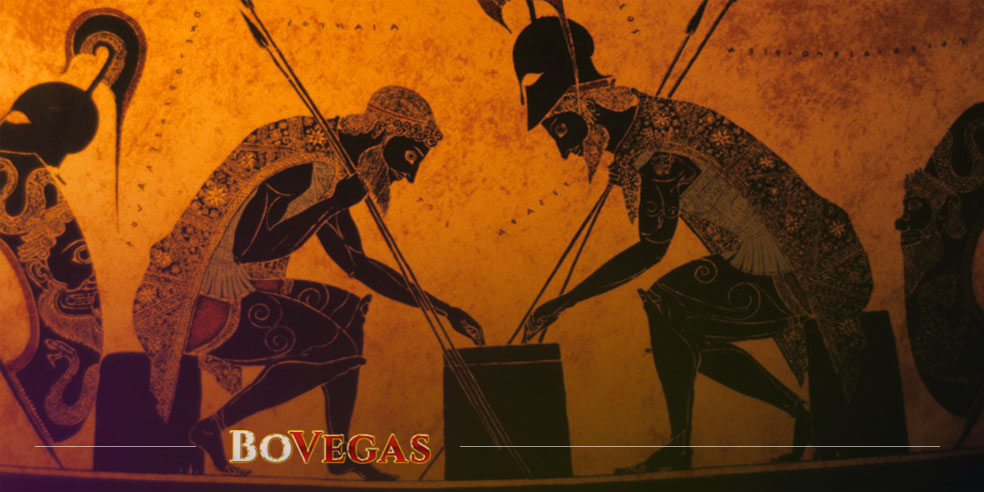 Today, gambling is mostly associated with either entertainment or with objective, emotionless analysis. Some people believe they can tip the odds with the help of their intellectual skills, while others rely on luck and faith in a successful outcome.

However, not so many of us assume that gambling is almost as old as the world itself. And of course, throughout the centuries, it has been a much more meaningful phenomenon than some might assume. Historically speaking, it’s not just some thrill-seeking activity that people do purely for the sake of their own amusement.

What Are the Origins of Gambling?

The oldest archeological finds of gambling items date back to Mesopotamia, 3000 – 1000 years BC. Presumably, the first-ever forms of gambling emerged as part of the ritual activities conducted in ancient shrines. The random outcome of sticks and stones were thrown on the surface was associated with the unforeseeable will of the gods. So as people watched the constant change of days and nights, seasons, life cycles, they related all these to the concept of the ever-spinning wheel. Nobody is able to escape this perpetual motion, nor can they control it. Although, what humans can do is to decide how to turn the vicissitudes of fate to their best advantage.

One early Scandinavian myth tells a story of how the gods played some games of chance to choose the paths of mortals as if the divine rulers themselves entrusted the sophisticated balance of the Universe to the windmill of fate. Therefore, the little dice becomes a symbol of those universal powers. By the way, the word “dice” originally comes from “datus,” which means “given” in Latin.

Supposedly, the modern games of chance were originally methods of guessing the future practiced by priests and fortune-tellers. Afterward, it moved from temples to royal palaces, and then to officials, merchants, and warriors, and finally, to the streets. For many ancient warriors, gambling games were recreational practices, which also trained their minds to perform a risk-taking behavior on a battlefield. For many other people, such games were a reminder that they should rely on the higher order of things, while also knowing the good measure for every action (as opposed to the careless spending of their resources). 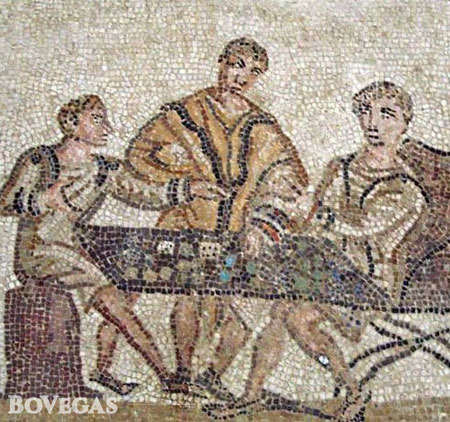 The ancient Roman festival called Saturnalia was dedicated to Saturn, the god of abundance and wealth. During this holiday, everyone was allowed to do what was frowned upon for the rest of the year. Namely, that was excess drinking and eating, partying non-stop, changing roles between masters and slaves. Of course, gambling was a great part of the fun, with nuts and coins being the stakes in dice-like games, as well as many other types of board games.

Interestingly enough, gambling was popular among all classes of society. This being so, the written record says that Emperor Augustus suffered from a severe gambling addiction. What’s more, during festivals like Saturnalia and Bona Dea, there was no gender preference. Women from all levels of society were allowed to gamble.

Gambling in ancient Rome was generally forbidden after some period of time; betting activity was only allowed in private homes and special places like taverns. Simple dice-only games were also complemented by dice-and-board games where objects were moved along the board, while the number of “steps” was decided by throwing dice.

The Cards and Specialty Games in Ancient China

China has given the world a lot of captivating games like Mahjong, Wei-Qi, Xuan He Pai (analog of Dominos), and Yue Har Hai. And as the old findings show, they are also likely to be the first who invented card games; partly thanks to the invention of paper. The oldest cards ever found in China belong to the Tang dynasty, 9th century AC (618–907). Unfortunately, the rules of the first-ever card games are lost by now; but the tradition of playing face-value cards continued, later transforming into European decks with their Kings, Queens, and Jacks. Perhaps, just like the game of Go (one of the skills examined for bureaucratic positions, along with calligraphy and playing music) card games required a solid level of strategic thinking.

Ancient Chinese players also used porcelain chips to measure the value of stakes when playing such games. And one game that involved gambling activity was the oldest variation of Keno, which was invented in China more than 4,000 years ago. The game included a piece of paper with Chinese hieroglyphs painted on it. Players made their stakes, and then winning symbols were chosen by lot. Some historians believe that this hugely popular game was employed by the Han Dynasty to collect taxes in a more subtle and indirect manner than simply asking people to pay up!

As of now, gambling is officially banned across China, although official government lotteries are still allowed. On the other hand, Hong Kong and Macau have become iconic locations for people who want to place some bets.

Ancient Greece and Games of Chance

The ancient Greeks were yet another civilization that believed that games of chance had been given to them by the gods. The myth tells us that the most high-rolling players, i.e., Zeus, Poseidon and Hades, drew straws in order to divide the Universe into three domains of rulership. Obviously, Zeus got the best variant, which was the skies. Poseidon got the seas; while Hades drew the short straw, which was for the underworld. Another myth says that patronage over Athens was won by a bet between Athena and Poseidon. The latter lost the bet, and afterward cursed the city, so they would never have enough water for their needs. 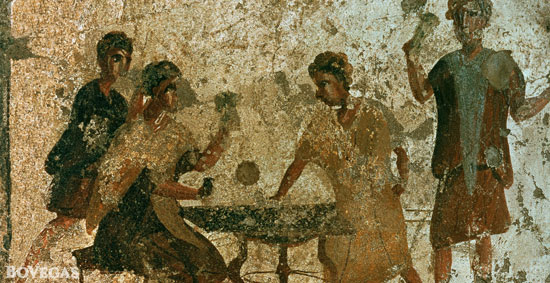 The Greeks have been known as avid gamblers since the dawn of time. Apart from betting on animal fights, which was what everyone liked the most, people from all different social backgrounds also enjoyed spending their time playing checkers and dice.

Yet, the ancient Greeks are now famous thanks to another gambling invention that is very popular across the world today. It’s the easiest game of chance of all, that so many of us have been familiar with ever since childhood – Heads and Tails! At first, they played it with little shells; but then the game evolved into the one we all know today, which uses a coin instead.

Native Americans and the Cave Casino

There was a really exciting archeological discovery in Utah: a cave that belonged to Native Americans. The unusual thing about this cave is that it had nearly 10,000 objects related to gambling. So, was this the first-ever casino in history? So far, we simply don’t know.

Historians say that native Americans used games of chance for routine purposes. So if your family wanted to divide up your duties for today – who cooks the food, who goes hunting, who washes clothes, etc, you would throw the dice and then decide it all randomly. Also, there is evidence that gambling activities were mainly practiced by women. At the same time, relying on chance was closely associated with fortune-telling and spiritual practices more generally.

So as you can see, sometimes gambling can be seen from a deeper perspective than usual if you take into consideration its deep roots. And it’s also worth thinking about why it has remained so popular for thousands of years? You could also view gambling as a kind of brain-training, to help you keep your mind sharp while having some fun at the same time!  And beyond that, it’s also about developing a sophisticated skill of intelligent risk-taking, while also being psychologically prepared for the fact that the game is just a smaller model of what happens in the real world! After all, it all boils down to what life really is all about, in the end: the art of taking the best route under unpredictable circumstances.

Related Posts
Gambling and Christianity: What Does the Bible Say
Blackjack: A Guide for a Novice Dealer
The Choice Between Online and Offline Baccarat
Cherry-Picking the Best Casino: Things to Pay Atte...
Tags: Ancient Casino, Chances, China, Gambling, History
Popular Posts
The History of a Card Deck and Its Symbolism
42696 views
The Biggest Casino Wins of All Time
35715 views
Insightful Baccarat Guide
25471 views
Roulette and Probability Theory: Math That Gets Interesting
19878 views
Top 10 Movies About Lottery Winnings
19259 views
Last Posts
Origin of Casinos and Their Development Up to Present Days
780 views
Greyhound Racing: History, Interesting Facts, Betting
652 views
How Will Casinos Look in the Future?
733 views
History of Gambling In Ireland
603 views
The Symbolism and Spirituality Behind the Card Deck Suits
721 views

The Early Years of the Gambler Imagine a small town in Texas in the early ’30s, just in the middle of the white heat of the Great Depression. This low-rise, densely populated town is poor and a little dirty, with nothing but bleak prospects on the dust-swept horizon. Such towns in Texas often have Spanish […]