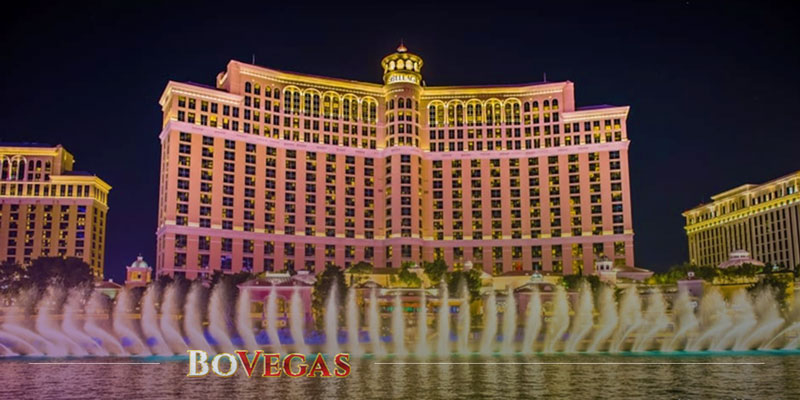 The Concept and the Construction Story

Steve Wynn is a prominent figure in Las Vegas. He has played an important role in the expansion of the Las Vegas Strip, overseeing the construction of the Golden Nugget, The Mirage, Treasure Island and finally: Bellagio! The Italian-themed resort was named after the Italian town of Bellagio on Como Lake where Steve Wynn was vacationing once. Bellagio means “Elegant Relaxation.” The original name for the hotel was “Beau Rivage,” and the concept was to build the most romantic hotel ever. Steve Wynn wanted “a building that would make people not want to leave it.”

After the purchase and demolition of the Dunes Hotel, which was home to the golf course in January 1993, there was a public discussion about the possibility of building an artificial lake for water-skiing and windsurfing. The authorities believed too much water would have been spent, but in reality, an artificial lake used less water than the golf courses. The water came from the underground well that originally was drilled to water the golf lawns. After serious arguments, the plan to build the lake was finally approved.

In September of 1996, the resort was 20 floors high, and during the next month, 10 more floors were built; at the same time, the excavation of the lake began.

The magnificent casino opened its doors on October 15, 1998, on the site of the Dunes hotel and casino that was previously purchased and demolished. At the time of construction, it was the world’s most expensive casino and resort, valued at $1.6 billion. It had 3,000 rooms, 300 suites, and 2.6 million square feet of land. Bellagio is well-known for its elegance, and its most distinctive mark is the artificial lake that houses the famous Bellagio Fountains.

On the opening day, a crowd of 5,000 to 25,000 gathered to see the first fountain show, which lasted 30 minutes; they also took the opportunity to view the interiors of the hotel. The founder of the hotel, Steve Wynn, gave a 40 minute-long speech. The fireworks planned for the opening were canceled due to high winds. The total cost of the ceremony is estimated to be $88 million.

The VIP guests made a charity donation of $1,000 per person and $3,500 per couple to the Foundation Fighting Blindness, which allowed them to stay in one of the hotel suites for one night.

Sale of the Casino

Later on, in 2000 the hotel and casino were sold by its founder to the MGM Mirage, which later changed its name to MGM Resorts International who currently operates the casino. Mirage Resorts Inc. was bought by the MGM Grand Inc. for $4.4 in cash, and the reign of Steve Wynn in Las Vegas was over. 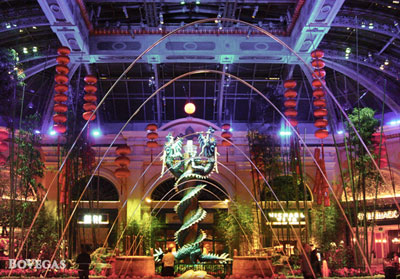 The gaming floor of the casino totals 116,000 square feet; a great variety of casino games are present to satisfy any game lover: Baccarat, Blackjack, Casino War, Craps, Let It Ride, Pai Gow, Poker, Pai Gow Poker, Three Card Poker, Ultimate Texas Hold’em, Roulette and, of course, slots. The playable amounts range from 1 cent to $1,000; Bellagio offers different types of games including spinning reel slot machines, video reel slots, video poker, keno and progressives with amounts that exceed $1 million. High Roller Progressive is also available, on $5, $25 and $100 machines where you can hit a jackpot of $500,000. The Top Dollar $5 machines can be played as a progressive to get the most bang for your buck.

7 Reasons Why You Should Definitely Visit Bellagio

Top 6 Attractions in the Bellagio Casino

The fountains of Bellagio

One of the main free tourist attractions of Bellagio is its fountain show which is totally free to watch. Amazing light and water shows take place every day, every 30 minutes in the afternoon, and early evening; while in the evening and at night till 8 pm, you can enjoy the magnificent show every 15 minutes. The Fountains are placed on an artificial lake with the surface of over 8 acres, the water from 1,200 jets is illuminated by 4,500 lights and creates a wonderful water light and music show accompanied by such pieces as “The Star-Spangled Banner,” “God Bless the USA,” “Viva Las Vegas” and “Luck be a Lady” and some modern pop songs.

Bellagio used to store the private Steve Wynn’s art collection upon the opening. It was closed on May 28, 2000. Now it as a home to a special exhibition area where you can see work on loan from the museums and private collections from all over the world.

The Conservatory is a building of 14,000 square feet with a glass roof that serves as an exposition hall for the 5 seasonal themes on display. The building is five stories high, and it is estimated that the cost of its maintenance is $8 million a year. You can see Chinese New Year and the four seasons, each of which has distinct features. This place is always full of flowers, local and exotic plants with bright colors. It is also home to the Aqua Restaurant and a spa. Each day it attracts 20,000 guests and 30,000 during the Christmas season.

This intricate glass piece of art decorates the ceiling of the front desk area of the hotel. It is made of about 2000 pieces of colored hand-blown glass, has a weight of more than 40,000 pounds and has been created for two years by the US artist Dale Chihuly. It is the biggest glass sculpture in the world; it stretches over 70 feet and costs $10 million.

There are many places where you can eat in Bellagio, which is home to 14 restaurants; the most notable of these being Lago by Julian Serrano, Le Cirque, Picasso, Harvest by Roy Ellamar, Michael Mina, Jasmine, Noodles, The Prime, and Yellowtail Japanese Restaurant. These exquisite restaurants have won some gastronomical awards: Picasso and Le Cirque were awarded the Five Diamond Award, while Picasso has received two Michelin stars. Le Cirque and Michael Mina can boast one Michelin star each. These restaurants offer small plates, steaks, sushi, tapas, seafood, and a variety of Asian food.

Bellagio has chapels for weddings, ballrooms, and meeting rooms.

O is a water-themed stage production that has its permanent residence at the Bellagio. The theater looks like a European opera house, and the acts are performed in, around, and above a giant water pool. This contemporary circus features 85 acrobats, swimmers, and divers who perform in various techniques: dance, fire, high dive, synchronized swimming, aerial hoops, and swings.

It cost $40 million to build the Bellagio Fountains, and it costs an additional $10,000 to 15,000 each night to operate them. The giant fountain spreads over a whole 8 acres and holds 22 million gallons of (non-potable) well water. The water is shot by 1214 jets and illuminated by 4,500 lights. The water can also be shot 460 meters high by 16 main jets.

It is 21 years old. The Bellagio Hotel Las Vegas opened its doors on October 15, 1998, around 11 pm.  The inauguration ceremony was reported to cost $88 million and began with Steve Wynn, the founder, giving a speech.

Bellagio is owned by MGM Resorts International now. Since it was opened till 2000, it belonged to Steve Wynn.

A study conducted by the University of Las Vegas shows that each of the Las Vegas casinos earned $72 million a year, altogether the casinos earned $5 billion in the 2013 fiscal year. The average revenue per casino is $630,000 a day.

Related Posts
Casino Beacons – Technologies That Changed t...
Ten Celebs Who Adore Gambling
How to Play Red Dog Poker
Of Kings and Noblemen: The Story of Roulette
Tags: Casino, Gambling, History, Las Vegas, The Bellagio Casino
Popular Posts
The History of a Card Deck and Its Symbolism
43272 views
The Biggest Casino Wins of All Time
36585 views
Insightful Baccarat Guide
25962 views
Top 10 Movies About Lottery Winnings
20432 views
Roulette and Probability Theory: Math That Gets Interesting
20351 views
Last Posts
Origin of Casinos and Their Development Up to Present Days
986 views
Greyhound Racing: History, Interesting Facts, Betting
804 views
How Will Casinos Look in the Future?
876 views
History of Gambling In Ireland
781 views
The Symbolism and Spirituality Behind the Card Deck Suits
940 views

Poker Player Types: Who Are You?

When you go to a party, you will always spot ‘classy,’ ‘non-classy,’ ‘easily-drunk’ type of people. It works the same whenever you play poker — you always meet a variety of personalities at the poker table. Some of them are easy to beat, while others are strong enough to defeat you instead! But here, we’re […]

The History of a Card Deck and Its Symbolism

Playing cards are known all over the world. Now the majority of card games are available on the Internet, and a player may find online vintage games along with their modern variations. However, no one knows where and when such cards appeared. Some medieval theologians considered them hellish things which Satan invented to multiply human sins.Related Posts […]

Gambling and economics are even more closely related to every level of economic activity than you might think. If you start to gamble not knowing how to manage your bankroll wisely, your personal finances will soon be in decline, or even in a crisis. But this cuts both ways: if you gamble skillfully and know […]