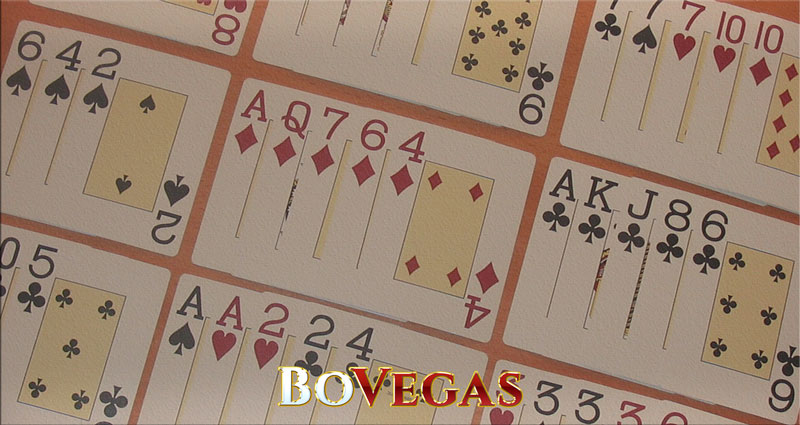 Known worldwide for its sophisticated cultural background, China is also synonymous with the fame of these popular gambling games: pai gow and Chinese poker. In the Central Kingdom, these two touchstones of poker have steadily expanded all over the gambling world. It’s important to note that it’s the United States where the game of pai gow poker started, branching out from the Chinese game pai gow. Nevertheless, China is indeed credited with the birth of this American poker variation and is considered by many the cradle of these two legendary games.

Aside from the essential poker element, the origin of the game is an element that makes them so alike yet so different. When pai gow poker emerged in the mid-80s, its original “pai gow” element was gradually squeezed out by traditional poker rules, and thus blotted out. This game soon lost its intrinsic resemblance to Chinese poker.

Pai Gow Poker: What is It About?

In 1985, creative Vegas casino mastermind Sam Torosian rethought the traditional model of casino gaming, generating the novel idea of merging two trending games – pai gow and the classic game of poker. This is how pai gow poker was born. The game was an instant breakthrough in the classic casino gaming range, for it was a unique blend of Eastern and Western gaming culture, combining the elements and features of the Chinese pai gow game and poker. 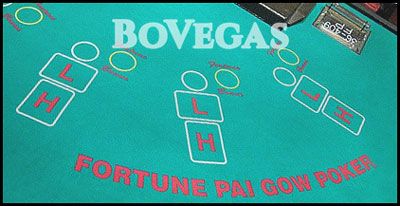 How to play pai gow poker? While the traditional game is played using 32 dominoes or tiles, its poker variation is played with cards, a standard 52-card deck and one joker. The goal every player has to pursue in pai gow poker is creating two hands out of the seven-card hand they’re dealt. Betting positions are normally assigned a number from 1 to 7. This number is randomly chosen. After the bets have been placed, players receive 7 cards from the 53-card deck. As soon as the dealer takes any unused hand, each player sets the two pai gow poker hands.

Chinese Poker. This is What Makes China Proud

A headliner of the gaming culture in the Central Kingdom, Chinese poker has established itself as a remarkable and historic gambling game. It’s a card game centered around poker hand rankings that requires only rudimentary knowledge.

As in each poker variation, Chinese one involves an element of luck, allowing beginners to perform well in the game without any particular skills. The game is played with a standard 52-card deck. Each player is dealt a 13-card hand and has to divide these cards into three hands: two hands containing five cards and one that contains three cards.

Drawing a Contrast Between the Two Games

Now we’re moving closer to the very core of our article, i.e. the main and stark differences between the games pai gow poker and Chinese poker. Some of the distinguishing features of these games, mentioned below, were already covered in the China Poker article and are now provided to show the substantial differences between the two games.

Chinese poker doesn’t require placing bets, while in pai gow poker betting is an integral part of the game.

As was already mentioned, players only have to make two hands in pai gow poker at the end, a one-card hand and a two-card hand, and in Chinese poker, the number of hands is three – two five-card hands and one three-card hand.

There are two to four players allowed in a game of Chinese poker and six players in pai gow poker.

The game of Chinese poker comprises relatively simple combinations as well as the gaming mechanism, especially when compared to pai gow poker. The latter entails many more complex and elaborate rules that once again display the blended nature of this “hybrid” game.

Pai gow poker and Chinese poker have been conquering the gambling industry ever since their appearance showing the undeniable dominance of the western game. Despite the difference in rules and strategies, they are similar in their essence owing to the prominent place of their origin.

Related Posts
The Impact of Slot Machines on Society: Is There a...
What Are Your Odds of Winning in Casino Blackjack
The Rise of Mobile Payments in Gambling
Greyhound Racing: History, Interesting Facts, Bett...
Tags: Gamblers, Gambling, History, Landed casinos, Pai Gow, Poker
Popular Posts
The History of a Card Deck and Its Symbolism
42568 views
The Biggest Casino Wins of All Time
35499 views
Insightful Baccarat Guide
25367 views
Roulette and Probability Theory: Math That Gets Interesting
19730 views
Top 10 Movies About Lottery Winnings
18964 views
Last Posts
Origin of Casinos and Their Development Up to Present Days
748 views
Greyhound Racing: History, Interesting Facts, Betting
621 views
How Will Casinos Look in the Future?
691 views
History of Gambling In Ireland
576 views
The Symbolism and Spirituality Behind the Card Deck Suits
679 views

All You Need to Know About RealTime Gaming

Traveling to Las Vegas or Macau is no longer needed nowadays, when online casinos are such a big deal! Slot machines and table games are available online, so you only need to make a little effort to pull a lever or spin the wheel to finally see your jackpot coming! The current gaming market is […]

Michael Boettcher, the owner of one of the erstwhile largest Russian gambling companies – Storm International, – told in his interview for Vedomosti newspaper how he lost all his gaming assets in a single day and suffered huge losses as a result of  closing down his business in Russia. In 2008, at the time of […]