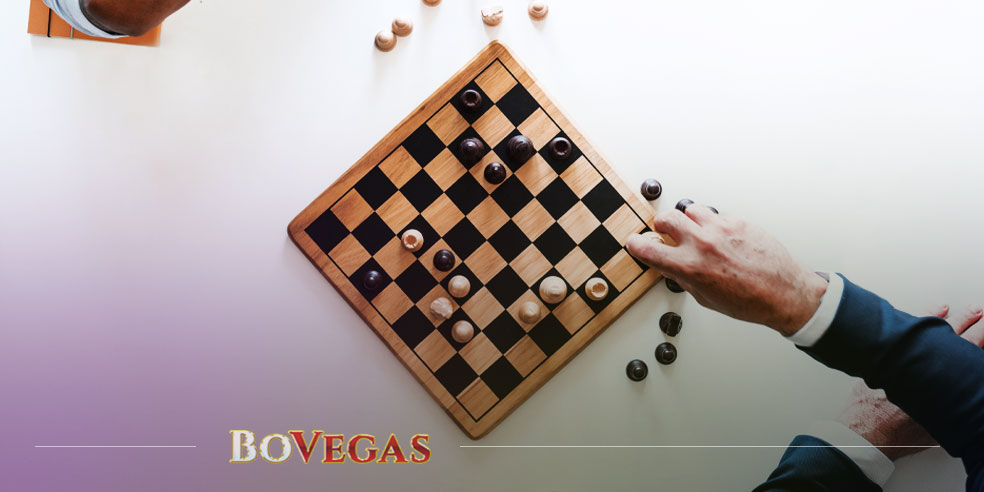 Games of chance can be fun, and most of them are built around the notion of good luck, which may or may not help a player win. However, some games require more than just good luck or coincidence, if you will! Some of them need meticulous strategies and intelligence to help you master them to the fullest extent, and there are a few that will make your head hurt for many hours before you’ll even get close to understanding them.

So, if you’re looking for something that’s going to be engaging for you and make sure you stay entertained without having to make a lot of effort to deeply understand the rules, then just choose something like roulette or blackjack. These games are super popular, and they’re also highly entertaining!

But if your brain needs some active work and you prefer using your intellectual abilities as well as your patience and perseverance, then there are a couple of games out there that will be able to give your brain the nourishment it needs and also tap into your competitive spirit.

This game is pretty similar to the ever-fascinating Dungeons and Dragons. This is a collectible card game centered around a truly fantastic plot. Each participant plays the role of a wizard, and their main goal is to decrease the other player’s life points from 20 to 0. All this is possible by simply pretending to be a real-life wizard: using spells, curses, and deploying various creatures to help defeat your enemies.

All participants have to prepare their decks of 60 cards prior to the gaming session, and then all of them are handed seven cards. Each new spell requires you to draw an additional card or engage in a battle during the round.

This definitely sounds a lot like Munchkin, which also has a lot of different combinations and possible outcomes. And for many of you, it doesn’t sound very difficult to just draw some cards and cast some spells. However, believe it or not, Magic: The Gathering can offer you up to 2,000 different ways to win, and around 20,000 card combinations! And, of course, each win is followed by a meticulously thought-out strategy. You have to know your own strengths and your opponents very well in order to win.

Some players have been playing this game since 1993, gathering all sorts of cards, and they still confess that they sometimes have a hard time grasping its rules and mechanics. Way to go for game inventors!

Well, there’s indeed a way to go a step further when we’re talking about difficult games. And Go is one of those games that might actually puzzle you!

For sure, the rules of this game might seem very easy to understand, and the strategy doesn’t require a lot of brainpower. However, this board’s layout allows you to make an endless amount of moves, which means this game is pretty tricky to grasp sometimes.

So, Go is a Chinese board game that originated in the Zhou dynasty and looks and feels a lot like checkers. This game has a set of black and white “stones,” and the gameplay requires two people to play it. The main goal of this game is to occupy as much free space on the board as possible, outplaying your opponent. Each newly occupied space brings you additional points. The trick is that you can’t move your own stones or relocate them from one place to another. But they actually need to surround other player’s stones to kick them out of the game and the board.

You need to develop a strong strategy to be able to outplay your opponent. Thus, this game can seem a bit tricky, as far as the strategy side is concerned.

Diplomacy is a puzzling pre-war board game that finds its origins back in 1901. This game’s layout looks like the map of Europe and is divided into 75 different regions. These regions are ruled by seven major powers (aka players): England, France, Germany, Russia, Austria-Hungary, Ottoman Empire (Turkey). The map depicts 34 major cities like Moscow, Vienna, and Berlin. Players need to use their fleets to defeat the armies of the other players. The first player who manages to occupy at least eighteen supply centers is considered to be the winner.

This game may look like Monopoly or another board game you’re used to playing. However, the rules are slightly different, and the tactics you use can be as brutal as any of the tactics powerful people use in the real world. You can feel like a true leader of the country, deciding everybody’s destiny by making decisions that are sometimes uncomfortable: including making alliances and betraying your partners!

This old-timer can show all contemporary game authors how it’s done! This game, however, has something to offer in terms of both sheer luck and strategy. But if you want to master this game to the level of perfection, you actually need to deploy some hard work. This game can have two players, and each player uses 15 checkers, which they use to make their moves. There is also a cube used as a means of tracking and laying out stakes for each game. This cube looks pretty much like dice, and it has sides numbered with such numerals as 2,4,8,16,32 and 64.

The main goal is to move all the pieces to the center that is the closest to the player. When they manage to do that, they need to remove pieces from the layout, and the winner is the player who does this faster than the other player.

This game is the absolute winner of today’s “hard game” contest and for a good reason! You must have heard about this game already, and in stereotypical images, this game is always played by the older generation. Well, there’s a reason for it: it takes a lot of time and experience to master it!

This game is played with a deck of 52 cards, and there are two teams of two players who compete for the title of a winner. Each game has four stages: dealing, then auctioning/bidding, playing, and finally scoring. In the stage of bidding or auctioning, the players have to describe their hands in a clockwise direction. Each round ends only when three players “pass,” which means that they are not going to bid any longer. And the player who still has their bid declares it as a contract.

Yep, it’s pretty hard to grasp the rules of this game from just reading the rules. You actually need to be there and play it yourself to truly understand its essence. Players actually need to consider the value of each card in order to make a bid, and there are also some special techniques, including different types of cards. We’re not even going to get into detail too much here: not to overwhelm you, but believe us, this game can be a true head-scratcher!

Related Posts
VR Casinos: Gambling of the Future
Gambling in France
Which Online Pokies Providers Are Available in Aus...
The History of the Joker
Tags: BoardGame, Casino, Gambling, Game
Popular Posts
The History of a Card Deck and Its Symbolism
42981 views
The Biggest Casino Wins of All Time
36249 views
Insightful Baccarat Guide
25696 views
Roulette and Probability Theory: Math That Gets Interesting
20101 views
Top 10 Movies About Lottery Winnings
19752 views
Last Posts
Origin of Casinos and Their Development Up to Present Days
869 views
Greyhound Racing: History, Interesting Facts, Betting
722 views
How Will Casinos Look in the Future?
796 views
History of Gambling In Ireland
699 views
The Symbolism and Spirituality Behind the Card Deck Suits
809 views

How to Play Top Pair When You’re Out of Position

Flopping top pair out of position isn’t as bad as flopping air out of position. But it can still be a lot more expensive if you’re not careful. Why? Remember: being out of position puts you at a huge disadvantage vis-a-vis your opponent, by forcing you to play the role of initiating, rather than reacting, […]

If you love gambling and have been to a land-based casino at least once, you may have thought about becoming a dealer. Playing the same game but from the opposite side, while communicating with other players, sounds like a dream job, right? A dealer is a straightforward job, and you will be the heart and […]

Throughout human history, many racing competitions involving animals were practiced, and many of them become an integral part of a culture within which this racing originated. For instance, camel racing is incredibly popular in the Middle East, in some regions of Africa, Pakistan, and Australia. In some of these countries, this tradition has deeply rooted […]