HOME / Casino Wiki - The must-read articles for newbies / Who Is The Best at Poker: Women vs. Men

Who Is The Best at Poker: Women vs. Men

From the beginning, poker has been considered a male-dominated game. Different stats show that 80-90% of all poker players are men, and when it comes to live events, the situation is even more daunting (only 3-4% of attendants are female). Why is this so? Let’s figure out the reasons for the gender imbalance and determine whether there are any indicators of who are the best poker players: men or women.

The Numbers Reveal It All

As women occupy less than 10% of the poker audience, we can claim that this game is more acceptable as a masculine activity. This imbalance is rooted in the very history of poker: most women had fewer rights and more responsibilities with household and raising kids, and men considered card games a pleasant social activity.

If we look at the winning amounts of the biggest stars, we’ll see that men actually earn a lot more at the poker table. For instance, Vanessa Selbst, who has been one of the most successful female poker players for a decade, had around $9.6 million in 2015. In contrast, Daniel Negreanu hit more than $30 million in the same year. Lists of top contestants on big brand tournaments like WPT and WSOP rarely include women. Every woman listed in the top 10 at a live event is usually treated as an exception.

Interestingly, women are way more likely to participate in online poker activities. It’s hard to get an exact number, as many of them are hiding their gender while playing on the Internet, but it’s thought that every third online poker user is female.

What Creates Gender Imbalance in Poker 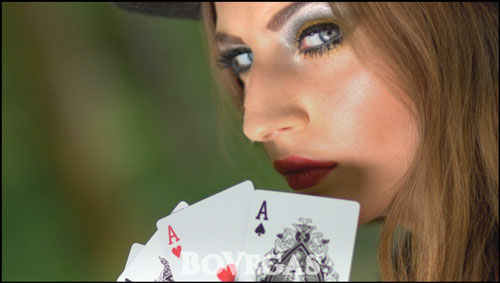 As we’ve mentioned, poker was and still is commonly considered a masculine activity. Being in the minority, some women find it hard to join a game filled with men. Apart from the confidence issue, there’s a thing with sexism and harassment. Many female poker players admit they’ve experienced it at the poker table. In land-based casinos, the division might also be punctuated by such details as fewer restrooms for ladies.

Not only do offline casinos’ atmospheres add to women feeling intimidated, the language in media and marketing strategies of poker providers tend to be quite male-focused. Newspapers often exclude women by referring to all players as ‘boys,’ and blockbuster movies sometimes accentuate a gender gap, portraying women as less interested in poker. Kara Scott, who broadcasts interviews with the WSOP’s winners and losers, mentions that marketing towards one gender turns women off from poker.

There’s also a financial factor: as men still earn 18% more on average, women have less money they can throw into entertainment.

Playing Online as a Solution for Female Players

Taking into account all the things that do not work in favor of women in poker, it seems that online betting is more attractive to them. Playing on the Internet, they not only save time on commuting, which is relevant for any gender, but they also feel more accepted. Away from the pressure of the male dominance and a sexist environment in offline casinos, women don’t feel like outsiders.

The Controversy of Ladies-Only Events

As we can see, playing online offers the benefits of convenience and a feeling of inclusion, but women can miss out on the interaction with other users. This drawback is one of the reasons why so many ladies-only poker initiatives are emerging. Women are fighting for poker to be socially acceptable for them at any level. There are specific poker halls and tournaments targeted at women: by participating in them, women can unite in their passion for the game and feel established as an inevitable part of it.

Most women are of two minds about such events. On the one hand, they don’t want to feel that they need to create their own tournaments in order to be accepted. On the other hand, they think of them as of essential steps toward gender equality in poker.

Who Are Better Players?

The situation doesn’t say much about who is better at poker, men or women. It’s hard to give an answer, not least because the latter are less represented and often are more likely to play against each other. There are some differences noticed in their gambling habits, though. First of all, It has been argued that men and women come to poker rooms for different reasons: men are enjoying the company, the risk, and the ability to use skills in the game, while women are often motivated by the desire to escape boredom, stress, or loneliness.

There are some gender-based stereotypes about women having a better intuition that helps read opponents at the table, or about men preferring skill-based games, but there is no scientific basis for these claims. What is shown by statistics is that women are twice as likely to place high bets and a little more likely to save their winnings. After all, it all varies from one case to another. There is no unified approach of how to become a player, able to outperform experienced opponents. It’s obvious that players who improve their skills and study psychology to develop some bluffing tricks and understand opponents better will become more successful, regardless of their gender. They may have aggressive strategies, like a famous American poker-playing housewife Helen Ellis, or they may focus on gaining more experience and knowledge, like the already-mentioned sensational Vanessa Selbst. The numbers demonstrate that male players win more and dominate the game, but it’s just because there are significantly more of them in the world of poker.

Related Posts
A Basic Guide to French Roulette
Catch Me If You Can: The Consequences of Casino Ch...
Why Asians Like Baccarat?
A Complete Guide for Casino First-Timers
Tags: Betting, Gamblers, Gambling, Online casino, Online gambling, Online poker, Poker
Popular Posts
The History of a Card Deck and Its Symbolism
42981 views
The Biggest Casino Wins of All Time
36249 views
Insightful Baccarat Guide
25696 views
Roulette and Probability Theory: Math That Gets Interesting
20101 views
Top 10 Movies About Lottery Winnings
19752 views
Last Posts
Origin of Casinos and Their Development Up to Present Days
869 views
Greyhound Racing: History, Interesting Facts, Betting
722 views
How Will Casinos Look in the Future?
796 views
History of Gambling In Ireland
699 views
The Symbolism and Spirituality Behind the Card Deck Suits
809 views

Imagine you’re being interviewed by a reporter in the street and are asked: “What are the health benefits of gambling?” Tricky question, huh? What would you say? This question would definitely raise an eyebrow or two. If you’re thinking that you would say gambling holds no health benefits at all, then prepare to be astonished […]

Angle Shooters in Poker: Who Are They and How to Protect Yourself from Soft Cheating

Poker is one of the most complex card games in the world, so it’s not at all strange that there are so many poker rules, poker strategies, and poker tips you can hear about. Poker is not 100% a game of luck, and in many cases, you can apply your social skills to get an […]

How to Cash Out in Online Casinos

People gamble for both pleasure and financial gain. Gambling is a form of entertainment with the possibility to get big winnings. Therefore, it’s best to be prepared for receiving prizes from casinos and know how financial operations work. The best online casinos for real money give customers the chance to test any game for free. […]

Hacking Online Casinos: What Is It All About?

As online casinos handle a lot of money, casino operators do need to focus on security. Hacking techniques are improving all the time, keeping up-to-date with the latest cyber-security developments, and showing a capacity to penetrate even well-protected systems. However, hacking an online casino which is known for being a reputable and licensed venue is […]