A pivotal gambling hub and a major site of lavish entertainment, the city of Las Vegas is one of the few grandiloquent locales that spring to mind in terms of money wagering amid luxury and risks. Las Vegas has established itself as a worldwide symbol of  biggest casino wins and “wicked fun,” and is credited with the notorious emergence of the gambling industry. Indeed, if it hadn’t been for the first Las Vegas casino to open in the early 1930s, today’s ever-evolving gaming enterprise might never have positioned itself as a top-notch entertainment niche.

Gambling in Las Vegas is underlined by a complex mechanism of changing rules and laws. The thing is that Las Vegas gambling, encompassed by a number of controversial ideas and widespread criticism, has undergone a series of governmental and social regulations that confined its area of dissemination. And, considering Las Vegas’s high-end status within the gaming industry, it stays abreast of its current situation regarding legislation and social elements, all of which are critical and important for the up-to-date gambler. So, let’s take a look at the intricate system of the gambling industry of Las Vegas.

Before elaborating on how Vegas gambling is doing nowadays, we’d like to introduce you to a brief overview of its development, a small outline of Las Vegas gambling history. Surprisingly enough, it wasn’t until the onset of the 20th century that Sin City appeared on U.S. maps. Las Vegas was founded as late as 1901. And it didn’t take long for the first money-wagering game to be played in Sin City, only to be outlawed shortly thereafter in 1910. Then, in 1931, gambling was legalized again, which sparked an ambiguous reaction on the part of the city’s residents – some gladly broke bad by placing big bets, while others resented the authorities for legitimizing the enterprise. At the end of the day, gambling bosses did manage to keep a tight grip, and it took barely a few months for the first Vegas casino, called Pair-o-Dice Club, to be established on the legendary Las Vegas Strip in 1931. 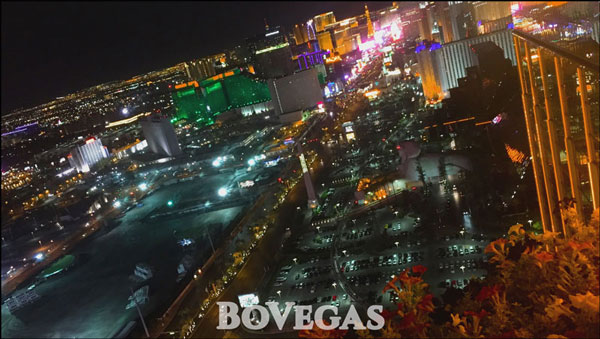 Later, in the 1940s, the gambling enterprise expanded, thanks to some tough mobsters experimenting with possible ways to rip off the locals. But as it proved later, the scammy business turned out to be the starting point for gambling advancement in Nevada. At the turn of the 1950s, one could stumble into a flashy casino on almost every street corner, either scowling at the decaying society morale or indulging their latent gaming junkie. But the most lucrative and cutting-edge gambling hub of Vegas was the famed Strip – throughout the 50s and 60s, the Strip welcomed several haute-couture resorts, namely Stardust, Tropicana Caesars Palace, and Riviera. The hype around gambling in Vegas was getting more and more conspicuous, arousing unreasonable speculation and a rather biased social disconnect. Meanwhile, the gaming industry didn’t seem to be suffering from any possible social and religious stigmas, and it maintained its ritzy label and remained unmarred.

As we mentioned before, it was 1931 when Nevada authorities legalized gambling, following an elongated hiatus in Vegas gaming activity. Meanwhile, the government began enforcing strict regulations on the gambling industry all over the country, leaving Nevada intact, thereby letting Nevada overstep the other states in their gaming development. However, state officials did provide a regulatory mechanism for the gaming enterprise in Las Vegas – in 1959, they founded the Nevada Gaming Control Board, which was aimed at regulating the gaming frenzy that had been expanding wildly across the city’s entertainment sector.

From then on, the industry has been imposed an immense series of regulations and constraints that were put through numerous alterations until Nevada residents were introduced to the ultimate law & tax system in Vegas.

To begin with, the Nevada Gaming Control Board made only certain forms of gambling legitimate. They are as follows: casino games, live poker, online poker, sports betting, and bingo games. Bizarrely enough, online casino gambling, as well as lottery betting, are banned in Nevada. As for Las Vegas gambling age, one must be at least 21 to be eligible to enter a casino, and it’s recommended for patrons to carry along an identification document with a photo.

Today, tax collections in Nevada comprise about 50% of the state’s total revenue. Normally, the amount that’s withheld by the U.S. Internal Revenue Service ranges between 25% and 30%. As a rule, winnings are reported to the IRS if the amount that players pay exceeds $600. This particular rule doesn’t apply to certain games, such as Bingo, Keno, and slots. When it comes to these games, casinos inform the IRS only if the winning is $1,200 or more. As for Keno, the minimum sum has to be at least $1,500. Once this amount is exceeded, casinos choose whether to withhold taxes or not, providing players with IRS form W-25.

The taxation rules applied to table games are different. The thing is, according to table game rules, the house officials have no idea how much you won. Consequently, your taxable gains remain unknown. In such instances, the winnings are neither withheld nor reported to the IRS.

It’s easy to argue the escalating hype around the gambling industry in Vegas today: there’s a growing expansion of high-end casinos and an impressively vast number of devoted patrons, and many of them come to the Strip from far beyond the state, and gambling brings thrilling revenues to the state treasury. For all that, the industry is subject to colossal pressure from local political and social entities who administer the strict limitations as to its current and further development. Nevertheless, the outlook for the gambling industry in Las Vegas remains positive. It’s predicted that the enterprise will keep moving forward in a dynamic manner with its sustainability and gross gaming revenue. The experts also forecast that the obstacles impeding development in Las Vegas will indeed be present in the nearest future, but its global status and influence far outstrip these limitations.

Both novice and experienced gamblers believe that your easiest wins can come from playing Baccarat. So if you’re looking for simple rules and high RTP rates, the Baccarat table is the right one to play at! When we were searching for Baccarat winning strategies, we found most of them were written as if they are […]

How to Win at Bingo

Bingo is an engaging game where you can win simply by having a good time with your friends. At bingo halls, food and snacks are allowed, which enhances even a 1-hour game. To boot, it’s easy to increase your chances of winning, as the game depends on how many cards you’re playing. Interested? Then continue […]