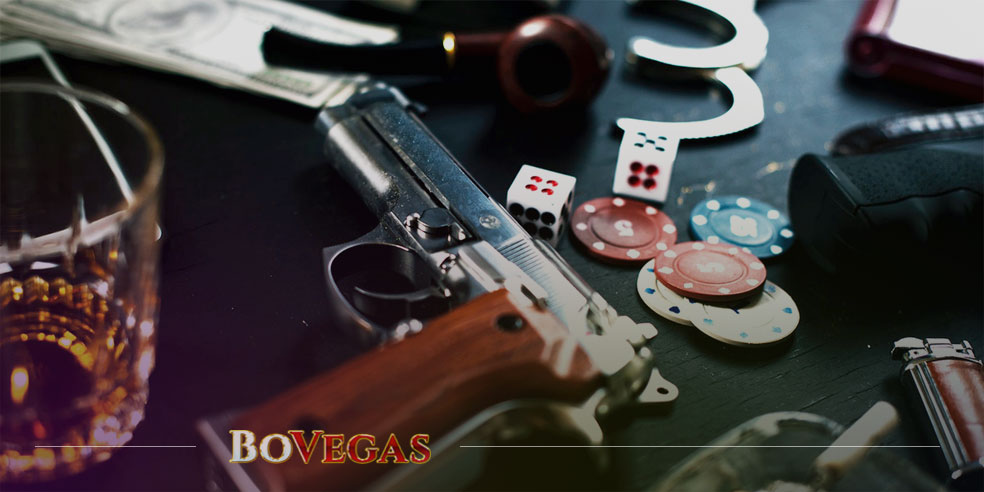 There are so many movies about courageous gamblers who are tempted to trick casinos and escape with money into the sunset. Most frequently, the main characters think about some tricky system, and they, as a rule, run away with billions in their pockets in the end. However, in reality, things are much simpler than this. Any gambling institution is under the control of advanced security systems and staff to keep track of swindlers, card counters and even hustlers who attempt a robbery. Hollywood always glamorizes hustlers and different kinds of true crime guys to show how smart they are. But is it so? Why should one give up responsible gambling in favor of risky illegal activities? Here is a list of the most famous attempts of casino robberies and their outcomes.

This unsuccessful attempt to rob the Bellagio in 2000 is one of the most ridiculous things you’ve ever heard! Jose Vigoa, previously convicted in armored truck robberies, decided to rob the venue with his two accomplices, Luis Suarez and Oscar Sanchez. They decided to grab $160,000 in money and casino chips, jumping over the cashier counter.

Apparently, they expected casino security to become bewildered by the sudden attack. However, Jose Vigoa didn’t bother to wear a mask to cover the face. This helped Las Vegas police spot and chase him. The other members were also arrested shortly after the heist.

The Stardust Resort and Casino, which is no longer open, has a story to tell. Back in 1992, a man called Bill Brennan worked there as a cashier – until the day of the robbery. He packed a trash bag with $500,000 of money and chips and simply walked away from the venue. Nobody has seen him since. Allegedly, the man was murdered by his accomplice.

After this story, the casino security standards changed once and for all! Nowadays, all of the casino employees work under strict surveillance, and there is no chance they can pull off something like this anymore.

Roberto Solis and Heather Tallchief were dating when they decided to steal cash from Circus Circus in 1993. As an armored truck driver, Heather had a responsibility to carry the cash from the venue to the bank. And one day she decided she wouldn’t do it and drove away with $3 million! She escaped to the Netherlands and spent 10 years in Europe. In 2005, she turned herself in, claiming she couldn’t bear the burden of guilt anymore.

Heather wanted a better living for her son, but years spent in hiding turned out to be rather hectic. As a result, she got 5 years and 3 months in prison, proof that karma punishes those who try to deceive it.

Almost a decade ago, a biker bandit drove straight into the Bellagio and, without taking his helmet off, went directly to the craps tables. Carrying a gun and threatening the staff, he managed to grab the chips and escape. The guy’s name was Anthony Carleo.

The mistake that he committed was that the chips he stole were hard to sell, as any chip transaction of $10 and above has to be reported by banks to the tax office. And Carleo took $25,000 denomination chips. He was arrested when trying to sell them to an undercover detective and was sentenced to 27 years in prison.

This one happened in 2005. It looked like the movie came to life: Eric A. Aguilera and Luda Ramos burst into the Soboba Grab and Dash, pointing their guns and binding the casino staff. However, the casino personnel were trained to give notice to the police, so both of the criminals were arrested after a short car chase alongside the Las Vegas Strip.

This heist that took place in the Australian Crown Casino in Perth in 2013 hasn’t revealed any names yet. It is known that it was a $32 million fraud attempt organized by a casino employee and a foreign player. The former had to send the information at the card tables to the customer, and they were supposed to share the profits. However, this was never destined to happen, as the whole scam was uncovered before the transfer from the casino was made.

This hotel and casino was a favorite target for robbers in the past. One specific outlaw stands out from the crowd – Reginald Johnson. In 2000, he tried to rob Treasure Island three times, and only the last attempt was successful. Nevertheless, this success didn’t bring him much – only $30,000 – and he was arrested by police. Now he is serving a 130-year sentence. Not a small term at all!

This one happened at the Ritz Casino, London, in 2004. The group of gamblers used lasers on their smartphones to track the speed of the roulette wheel to predict the results of the game. Turns out there are some methods that help to tame Lady Luck, as these swindlers scooped $2 million. Despite the fact that they were captured by the security staff of the venue, they managed to reclaim the win with a court decision. Maybe there was not enough evidence; maybe it was a matter of luck! Nobody knows exactly.

Who hasn’t heard of the legendary MIT card counting team that crashed blackjack tables all over the U.S. and Canada? Its members had been constantly changing from 1973 to 1993, leaving most of their identities undisclosed to this day. They were followed by private detectives and even caught in Canada for card counting; however, the court didn’t find them guilty. This said, with the development of modern technologies, it’s almost impossible to do such things nowadays, as casinos have evolved since those “glorious” card counting days.

In 2005, two masked men approached the exchange booth in Mandalay Bay Сasino, fired some warning shots and stole money. They fled to a car parked nearby and simply vanished. There was no precise information about the exact amount stolen, as well as whether the crime was resolved, making everyone think that they escaped.

Each year, there are many attempts to make casino heists and most of them are doomed. Because of the harsh security measures and constant surveillance, it’s impossible to escape from justice. And even if the heist is successful, the grip of law, moral suffering, and unfortunate events will chase those who dare to sign up for such actions.

Hollywood is famous for its ability to convey emotions and to realize the dreams of viewers on the big screen. So, what could be better than some films about those who were lucky enough to win the lottery? We’re now giving you a chance to look at the top five movies about lotteries and their […]

The United Kingdom Gambling Commission (UKGC) offers all stakeholders to voice their opinion on the proposed steps to secure gambling harm reduction and help settle arguments between customers and operators, according to a statement made by the organization. The UK gambling regulator has announced the implementation of Customer Interaction, Alternative Dispute Resolution, and Gambling Blocking […]