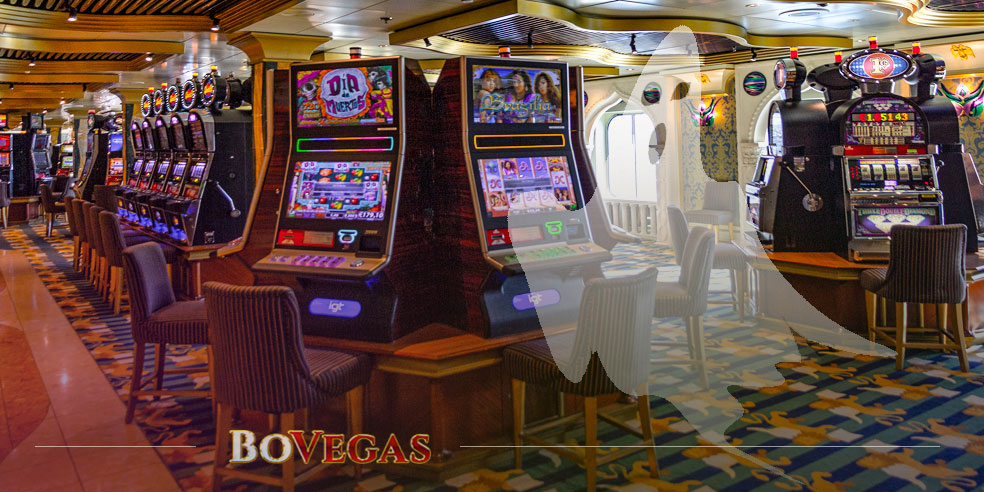 Ghosts and other paranormal activities have been sighted many times throughout the world: mostly in old houses, castles, graveyards, and strangely enough, casinos as well! And to make things even more exciting, some gambling venues have started to provide tours of their haunted casino floors. Are you already frightened to death? Well who knows, maybe you’ve already been gambling with a poltergeist behind your back. So let’s check where these spooky creatures are wandering around.

The curse of haunted Bally’s started with the worst fire in the history of Nevada way back on 21 November 1980, after the MGM Grand fire. At that time, the venue belonged to MGM Grand Hotel. On that day, a fire caused by some faulty wiring broke out and killed 87 people. The entire building of the resort was engulfed in flames and smoke, so when the desperate players realized the firefighters wouldn’t be able to rescue them in time, they had no choice but to jump out the windows to their deaths.

Nine months later MGM managed to rebuild the whole of Bally’s and sold it to the Bally Entertainment Corporation in 1985. But since that tragic incident, people say that the spirits of the dead now haunt the upper casino floors, as well as stairwells and rooms, where people died trying to escape. Some say that the restrooms are haunted as well, as many visitors have noticed the flickering lights or toilets flushing by themselves. One blackjack dealer saw once a group of players staring at him, but a few seconds later — they disappeared, as if by magic.

Another casino that is documented as being haunted is the Flamingo Hotel and Casino in Las Vegas. This gambling venue will always be associated with the infamous mob boss Bugsy Siegel, who basically brought the development and establishment of casinos into the sleepy Nevada town.

Unsurprisingly, Siegel was shot dead in 1947. And although the circumstances remain unclear, his ghost seems to be returned to the Sin City to roam the Flamingo. Many casino employees claim that they have seen Siegel walking around the Presidential Suite or swimming at the pool at night. One maid even resigned after she saw the ghost during her shift.

What could be creepier than a circus-themed casino when you have coulrophobia? And what could possibly be spookier than some ghostly activity that was tracked in that very same casino?

The paranormal activities in this famous gambling venue have been caused by some unfortunate events. For instance, one Vietnamese couple was found stabbed to death in their hotel room. Someone was then arrested on suspicion of this homicide, but the ghosts of the couple still remain inside the room.

Another homicide happened in Room 123: a mother and a son were killed. It was later alleged that the mother killed her son and then committed suicide. Some of the casino visitors have heard whispers saying “help me,” while some have seen words on mirrors appearing themselves. Those brave ones who have stayed in Room 123 after the incident have also heard furniture moves and seen a little boy walking in the hall.

Even though these stories may sound extremely frightening, the Circus-Circus Casino is worth visiting for those who want a spine-tingling paranormal adventure. If you’re brave enough, you can even stay in Room 123; and who knows, maybe you’ll encounter a ghost guest too!

The famous Luxor Casino is a venue that provides you with the perfect setting for paranormal activities. Many believe that the building is not only haunted, but cursed as well! Since it was first established, there has been a series of extraordinary and unexplained deaths. The most notable incident occurred during the construction of the venue, when many workers suffered a series of accidents. After the Luxor first opened its doors, a woman mysteriously jumped from the 26th floor, immediately falling to her death.

And that wasn’t the only case when people inexplicably died in the venue. Many people tend to believe the curse of the casino was caused by the Egyptian theme. Given the venue’s reproduction of Egyptian artifacts, it is believed that the place has become cursed for its disrespectful attitude to these ancient beliefs.

Even though it’s difficult to say who exactly is haunting the Tropicana Casino, reports about paranormal activities are still coming in. The whole rumor about the place being haunted derives from a Tiki mask that once adorned the entrance of the resource. It is said that this mystical relic contained a spirit trapped inside that caused a rash on anyone who dared to touch it. And evidence for this spooky story does exist: some photos of players posing near the mask contain a purple light radiating from the mask, which blurred the image. Due to such strange reports, the casino management decided to remove the mask; which only seems to confirm people’s suspicions.

This casino, which was initially dubbed the Saratoga club, is considered to be one of the most haunted gambling venues. There have been several mystical theories lurking around the building. In the 1990s, visitors claimed to see a woman dressed in a Victorian-style dress, roaming the halls, who vanished into the air as soon as somebody tried to approach her.

From 2007 to 2017, ghost activity has increased: from glass slipping from the hands of visitors, to garbage flying into the air, to freezing temperatures in the hotel rooms.

In 2010, a team of ghostbusters came to the casino to check for paranormal activities. An electromagnetic field was said to be the result of ghostly activity. On top of this, the team claims to have experienced touching and hair-pulling during the tests.

Some may believe in these stories, while some will remain skeptical. And while there’s no real proof for any of these theories, the fact of such incidents remains. However, those players who’d like to tickle their nerves and get a real adrenaline boost, definitely do need to stop by these gambling venues!

There are abandoned remains of Casino Constanta in Romania that are believed to be haunted. Italy also has its own haunted palace, the Casino of the Spirits (Cain degli spiriti), which is not only a scary place to check, but also a very photogenic building.

About twenty years ago, when Bellagio was called Dunes hotel-casino, some players complained about the chilliness in the hotel rooms. Blue spots of light appeared on the walls, doors were opening and closing by themselves, and the curtains were moving. The situation culminated when a man walked through a blue spot on the wall. After this incident, the venue was completely rebuilt.

One thing that’s a hundred percent sure is that online casinos aren’t haunted! So they’re basically the safest kind of place out there for you to gamble and enjoy your favorite pastime. Plus, if you’re playing at a reliable venue, you don’t even have to be scared of scams or “ghosts…” aka viruses!

It’s been years since Elvis passed away, and people believe his spirit never really left the Vegas Strip. Some visitors seriously claim the King himself was walking around the hotel, elevators, and the penthouse suite. Truth or not? Like all of the stories above, nobody can be absolutely sure.

Did you know that the odds of you winning the Oscars are 1:11,500? Calculating the odds shows your chance of success versus your chance of failure. And who knows, maybe you’re going to be the next lucky one out of thousands of others who missed their chance? However, successful gamblers never just leave it to […]

Every player wants to win. No matter what they might say about “just playing,” “just enjoying the game” or “just gaining some good gaming experience,” the only reason they play is their desire to win. It is especially true for the cash casino games that land-based and online venues so extensively offer. The quintessence of […]