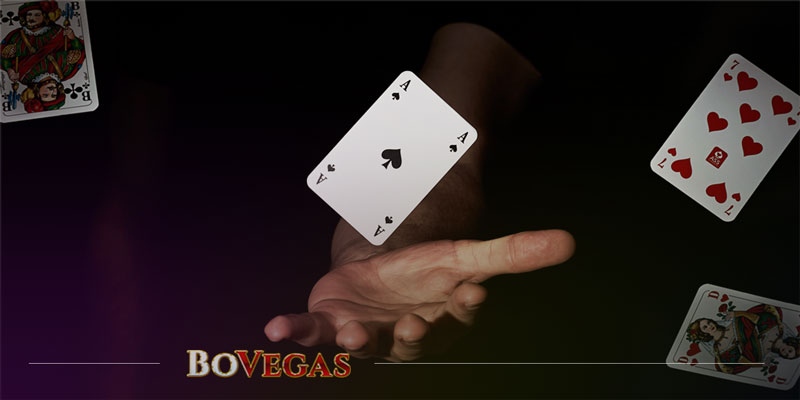 Gaming with real money is associated with high risks. And while players do at least acknowledge the fact that no one can guarantee them a win, they still prefer to lay their stakes, rather than not! And to increase their chances of winning, they try to apply a variety of different strategies, all of which are believed to help increase their chances of winning. Yet, studies show that in actuality, something that can easily can be thought of as a strategy might appear, instead, to be a logical fallacy. And there’s even a special fallacy taken from the world of casinos – the gambler’s fallacy! Let’s learn more about it now, because incorrect perceptions are something you definitely want to avoid when risking your own money.

What Is Gambler’s Fallacy?

The gambler’s fallacy is when you think a certain sequence is due in a gambling game when, on the contrary, every other event is actually independent of all the other ones.

An academic definition goes like this: “The gambler’s fallacy is a belief in negative autocorrelation of a non-autocorrelated random sequence” (Croson and Sundali, The Journal of Risk and Uncertainty, 30:3; 195–209, 2005).

Now, let’s look at an example.

Let’s say you’re playing heads and tails. You flip the coin once and you’ve got tails. The next two flips bring the same result. According to the gambler’s fallacy, the more of the same results you get, the less you believe that the next step will bring the same. In other words, your belief that you’ll get tails for the fourth time would be less than 50%. They have also empirically demonstrated that this effect diminishes over time. Hours later, players start betting again on the previously winning outcome, just like on any other one.

So that’s the negative expectation linked with the subject – keep this in mind, because the hot hand fallacy we’ll talk about later is quite the opposite.

With that said, after a streak of five or more occurrences of a particular outcome, most bettors believe that the odds of this outcome become lower; so they start betting against it or on something different. Yet, in actuality, each result is purely random. The truth is, the wheel has no memory: so if the choice is either red or black, you’ll get the same 47.4% probability at each wheel spin (given that there’s one zero).

By the way, there was a real long streak in Monte Carlo in 1913 when the roulette ball landed on the black 25 times in a row! And while everyone believed something like “if there were so many blacks one by one, the next time will definitely be red,” the house raised an enormous sum of money from the people who kept betting on red during that streak. So we’ve got a classic case of the gambler’s fallacy here! Probably because of this, it’s often called the Monte Carlo fallacy.

However, many people believe that what is called the gambler’s fallacy is indeed a true probability law. In the book “Beat the Casino,” Frank Barstow says that all the roulette wheels at land-based casinos are constructed specifically to perform an equal distribution of the outcome through the whole range of numbers (0-36).

Indeed, the data from the scientific research mentioned above proves this statement. One casino in Reno, Nevada, supplied 18 hours of security videotapes showing a roulette wheel at play in 6-hour increments over a 3-day period. Eventually, it turned out that there was no big difference between the frequency of occurrence of certain numbers. Each number occurred in total between 15 and 33 times on a wheel, which to some degree counts as evidence against  the kind of guessing game of odds that we know from the gambler’s fallacy. So maybe it’s not a fallacy then? If so, then this would prove that casinos do indeed rig their roulette wheels; whether these be real wheels, or the ones you find in online applications. All we can say is that for now, the truth about whether they program the outcomes in advance or not is uncertain. If not, then the gambler’s fallacy would be true; but if yes – then it’s false!

Many researchers also believe that the gambler’s fallacy eventually leads to the hot hand fallacy. 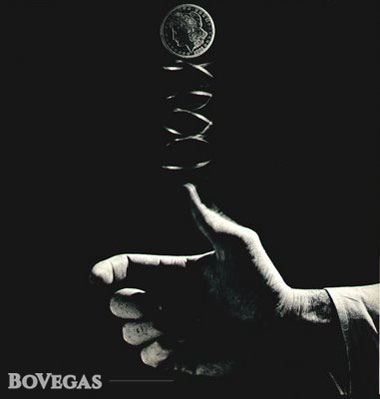 If you’re experiencing the hot hand fallacy, you believe that, when you’re coming to a winning streak, you are “hot” (in other words, the lucky one), and the future outcome is more likely to be successful as well.

There’s evidence that this kind of fallacy is caused by the illusion of control over events that are in fact of a purely random nature. However, this is the opposite of the gambler’s fallacy; as it’s a positive expectation, not a negative expectation. So, if you’ve tossed the coin three times and got a winning outcome, you believe that the next choice should be your winning one, just like the previous three; purely because they’re part of a winning sequence.

When the hot hand fallacy happens, players bet more numbers after they win; but less after they lose. Another popular notion is that the players feel more confident after they have won the “house money.” So they can play more, because they have sufficient funds to do so.

The gambler’s fallacy appears anywhere a person suggests that if a certain independent outcome appeared more frequently in the past, it will appear less frequently in the future and vice versa. This fallacy is noticed in professions where decision-making is a daily task – loan officers, asylum judges, referee, stock market and realty brokers, teachers.

While the fallacy is theoretically right, many variables in real life can lead to a deviation from the outcome. So if the randomness depends on the outcome, then the gambler’s fallacy is not necessarily a fallacy. A person might make certain muscle contractions when tossing a coin, toss it over different table surfaces, the coin might be non-symmetrical, etc. In turn, a dealer might throw the ball or spin the wheel in a certain way to influence where it lands.

In classical logic, the outcome of previous takes of a random sequence really has no explainable effect on what will come up next. Then, if you consider the probability theory in the smallest sequence of takes, then the chance of occurring one of these TT, HH, TH, HT becomes drastically smaller. And the chance of repeating any of those is even smaller.

It’s probably a result of reading odds. If the odds of the roulette ball landing on one number is 1 in 35, then we tend to think of a sequence of spins as if every other spin counts towards the overall result. So it’s natural that we might expect to get this number, after it didn’t occur for the last 35 takes!

Related Posts
Top 15 Books About Poker
Gambling Winnings Income Taxes
The Most Innovative Slots of Today
Casino Slang Terms and How to Use Them
Tags: Addiction, Casino, Fallacy, Gamblers, Gamling, Professional Gambler
Popular Posts
The History of a Card Deck and Its Symbolism
42856 views
The Biggest Casino Wins of All Time
35922 views
Insightful Baccarat Guide
25573 views
Roulette and Probability Theory: Math That Gets Interesting
19977 views
Top 10 Movies About Lottery Winnings
19531 views
Last Posts
Origin of Casinos and Their Development Up to Present Days
822 views
Greyhound Racing: History, Interesting Facts, Betting
681 views
How Will Casinos Look in the Future?
764 views
History of Gambling In Ireland
654 views
The Symbolism and Spirituality Behind the Card Deck Suits
759 views

The Largest Casinos in the World

Before reading the article about top 10 casinos in the world, you need to answer a straightforward question. It sounds like: “What is the ideal casino for an average gambler?” Yes, we’re asking to explain this odd question. The answer to it can show your attitude to the gambling process in general. Your responses may differ, […]

The origin of the roulette wheel is a matter of great interest, and it has always been shrouded in mystery. One story says the roulette wheel was invented by the French mathematician and scientific genius Blaise Pascal in the 17th century. Pascal set the ambitious goal of creating a perpetual motion device, in order to […]

Psychology of the Roulette Player

Games of chance give goosebumps to many players, and roulette definitely stands out from the crowd! The odds are quite high when you know that the outcome depends purely on luck. Roulette games have always been around in each and every casino, attracting millions of players to place their money bets on Red or Black. […]

Roulette is an utterly engaging casino game of chance. It’s a classic form of gambling entertainment, which has managed remain tremendously popular since it was first invented in 18th century France. Roulette was allegedly first developed by Blaise Pascal, a renowned French mathematician and inventor, who was experimenting with some very novel and innovative devices; […]