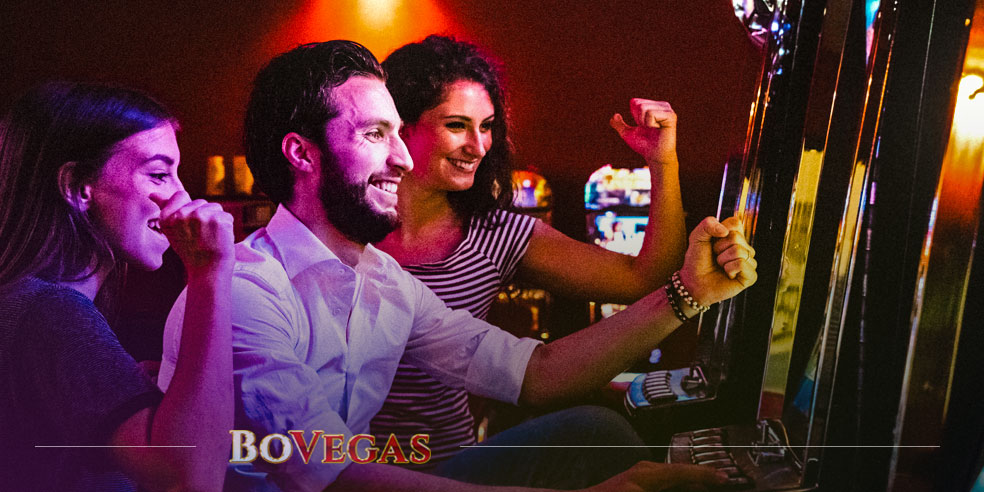 When we think about casino etiquette, the first thing that pops into our heads is the behaviors we commonly associate with playing casino games (especially table games), how to tip, and how to place chips on the velvet table. But most of us forget about courtesy and etiquette while playing slots, as the games are individual, and there is no dealer. There are some useful tips out there that can be considered a mixture of common sense and practice on the casino floor, and we’re now going to share them with you.

One Machine at a Time Vs Playing Multiple Machines

It’s fun to play more than one slot, as you can multiply your chances of winning. But at a busy time, that might end up creating some inconvenience for other players, as you occupy their gaming space and prevent them from playing their favorite machines. Have fun and let others have fun too; that’s only common sense, after all! Just by paying one machine at a time, you also have the chance to enjoy every single moment of your game, without getting distracted by the wide array of machines, with their exciting visual displays.

If you do decide to only play on one slot machine, you may gain some advantage from this, without sharing the machine with anybody else. But like all of us, you may still have your little needs. So if you have to leave the machine, try to make your break as short as possible, and don’t forget to leave a signal that the slot is currently occupied. And try not to leave the game for longer than 15 minutes; so you can also consider returning to the game later and give everyone else a chance to win as well!

The Seats Are for Players 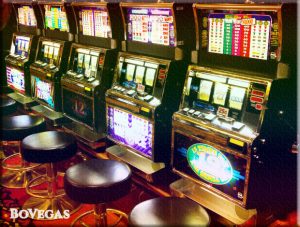 The seats are placed in front of the slots, 1 seat per each machine. This position implies that you’re going to be playing alone, so if someone wants to accompany you while you’re playing, then it’s better that they remain standing. Under no circumstances should they take any seats from the neighboring slots; because by doing so, they would be preventing other people from playing.

If you want to have a rest or chill, it’s better to move from the machines to the lounge zone or to the bar, without occupying the seat at the slots for too long. No one will have anything against you sitting at the machine without playing for a short time (сertainly not at peak times); but you need to remember that the slots are placed in the casino for people to play, and ultimately so they can generate revenue. So if the seat is occupied and nobody’s playing, the casino doesn’t get any profit in the end. So let’s make sure we’re all scrupulously courteous to other players and to the casino, and only sit down when we’re actually playing.

Slot players, just like any other human beings, may need to have short breaks to eat or get a drink. Of course, breaks are still permissible, but only if they’re not too long. Up to 15 minutes is fine; but for longer breaks, it’s better to go to the lounge zone or to the bar. It’s also important to signal your breaks properly, too; so everyone knows what’s going on.

How to Signal Your Breaks

When you come back to the same game after your break, you don’t want to see your machine occupied, right? So in casinos that use coins to bet, you can leave your coin cup on the top of the machine. Also, another way to say that the machine is occupied is to leave an inexpensive personal item at the slot; like a pack of cigarettes, or a drink. Alternatively, it’s possible for you to lean your seat towards the machine. Or finally, you can simply ask another player who’s playing nearby to watch your machine for you.

Before lighting up, you need to make sure you know the smoking policy of the particular casino you’re gambling at. Some casinos that separate smokers from non-smokers have specifically designated smoking areas, with a better choice of games. So please don’t smoke in non-smoking spaces, no matter how much you’re enjoying your stay. And in some states, smoking in public places is banned in all cases, so you may well end up being fined, or even arrested!

Mind the other players as well: don’t blow smoke in their face, or even in their direction. It is better to use an ashtray than to throw your ashes elsewhere. A slot full of ashes may discourage the other players from playing. Always try and leave the gaming place as clean as it was when you first came.

When playing slots, there’s certainly going to be less interaction with other people than in table games! So if you win a massive jackpot (let’s say, over $1,000?) it’s going to be paid to you in cash. In that case, a slot attendant or supervisor accompanied by a guard appear to pay you your winnings. You don’t have to tip the people who pay you, but it is certainly courteous if you do so.

The tipping amounts vary, but it is typical to pay about $20 from each $1,000. But it’s always good to ask if it’s allowed for you to tip the guards and any other staff. Another category of casino employees to be tipped are the people who are serving you your drinks; for them, a $1 tip would be fine. And please don’t forget to address the cocktail girls by name! Then they’ll be nicer to you, and hopefully they’re gonna drop by your seat more often!

If another player is currently occupying the machine you want to play, it’s definitely not advisable to hover around him. Just put yourself in the shoes of that player: you wouldn’t like to be distracted from the game yourself, would you? And we’re pretty sure you wouldn’t appreciate someone urging you to quit when you’re not even finished yet. Better look for another machine nearby instead!

What are disputes at the slots about? They’re generally about personal space: so if you occupy the other player’s space while playing slot machines, spill drinks or food over them or their slots, some arguments may arise. If that happens, polite requests and apologies can help smooth things over and keep things calm.

At online casinos, there is not much interaction between the players; but even so, online etiquette still applies, no matter what! So while you’re playing online slots, be polite to the support team in your chats; as well as to all the other players too, if the website you’re using supports the option of online chat between the players. However, make sure you never try to advertise the other casinos in chats; because needless to say, neither other players nor the moderation team are going to tolerate that!

Related Posts
Top Eight Gambling Questions 2018
Fascinating Floating Casinos
Why Slot Games Are the Best in Any Casino
What Is the Main Thing Preventing You From Winning...
Tags: Casino, Slots
Popular Posts
The History of a Card Deck and Its Symbolism
42568 views
The Biggest Casino Wins of All Time
35499 views
Insightful Baccarat Guide
25367 views
Roulette and Probability Theory: Math That Gets Interesting
19730 views
Top 10 Movies About Lottery Winnings
18964 views
Last Posts
Origin of Casinos and Their Development Up to Present Days
748 views
Greyhound Racing: History, Interesting Facts, Betting
621 views
How Will Casinos Look in the Future?
691 views
History of Gambling In Ireland
576 views
The Symbolism and Spirituality Behind the Card Deck Suits
679 views

Betting on widely debated things like who is going to win the next presidential race seems like a pretty obvious gambling option. Yet, until recent years, avid bettors seem to have underestimated the value of political betting. So, why do people find it normal to argue zealously and wager money about which team is going […]

Gaming with real money is associated with high risks. And while players do at least acknowledge the fact that no one can guarantee them a win, they still prefer to lay their stakes, rather than not! And to increase their chances of winning, they try to apply a variety of different strategies, all of which […]

Nowadays, you can play anywhere you want, at any time you please, but you always need to be confident about the casino site you are playing at. Online gambling jurisdictions really go the extra mile to guarantee a secure and safe online gambling experience for all users. Thanks to their work, only reputable and reliable […]