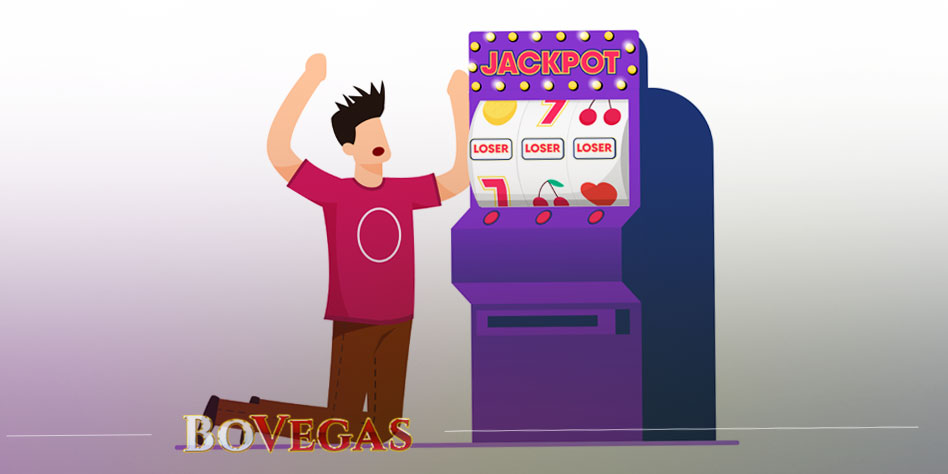 Every player wants to win. No matter what they might say about “just playing,” “just enjoying the game” or “just gaining some good gaming experience,” the only reason they play is their desire to win. It is especially true for the cash casino games that land-based and online venues so extensively offer.

The quintessence of the gamblers’ striving to win is the idea of winning big. This idea hangs in the air in the real and virtual casino premises, floating over and around game tables and slot machines. There are stories about those who have won a lot of money playing slots. When you go to a casino, you hear that “winning” sound of the slot machines reaching you from here and there. People do win, sometimes. However, a risk taker who really wins big in slots is indeed a very rare bird. Why? Just because of the math and the stats? Or is there any other reason that prevents us from winning big?

The Gambling Industry: The Very Idea of Winning Big

You might say that the math and the stats are the main things that prevent you from winning big playing slots. Theoretically, big cash wins are still possible, but, practically, the odds of winning big are really not very high. This is the very idea of the slots business: it is the customer base and not the size of the bets and the wins involved that decides the success of the whole gambling industry – the industry of which slot machines represent a major and most important segment.

This business has become very extensive and highly developed. Nowadays, gambling contributes to the US economy as much as about $250 billion per year, which might sound surprisingly high. With 17 million jobs involved, this business can rely only on a large number of customers. To be profitable, this industry needs many risk takers to lose affordable sums, non-stop. To maintain this influx and to keep it growing, the industry needs to make gambling more and more attractive, in general – and the very idea of winning big is a part of this positive image-making effort.

This is the super-task that the industry has successfully solved so far. A part of the solution is to set up house edges that seem reasonable to make sure that many people win some money. Also, the gambling industry takes care of the payouts and lets the world know that the chances of winning are fairly high. This is the way the things shake out. But it needs no further explanation that under these circumstances only a very small portion of slot wins are really big.

The Unbeatable Math: Your Chance of Winning Big Is Low 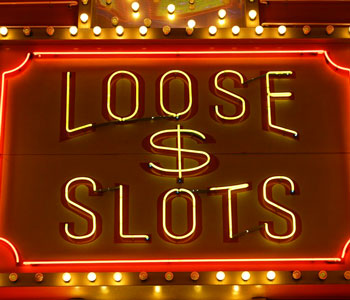 But the law of large numbers still seems to be an unbeatable force. If the house edge is 10%, then the casino would pay out $900,000 as cash wins from every $1 million wagers with $100,000 left for the casino’s revenue. Let us also assume that the average wage is $10; then we are talking about 100,000 risk-takers who have got their average $9 payout for $10 wager. Fair enough?

But if you want to win, say, $100,000, that can be the only one of this size available, which is still theoretically possible – and which actually happens to the very lucky ones – you need to realize that you are just one of these 100,000 players with $10 that you wagered and with your sincere hope to win big playing slots. What are your chances to win big, then? One out of 100,000? Fair enough?

On average, with this 10% house edge, if you spend $1 million playing slots, wagering $10 every time you ‘pull the lever,’ you are going to lose only $100,000, getting $900,000 back as your aggregated wins of different sizes. The more you play, the closer you get to this statistically preset proportion, revealing the sad truth that it is you and not the house who is on the losing side in this game – in terms of statistics and probabilities. But this reasoning is not the only one possible. Why?

Probability Does not Rule the World

Indeed, while the probability of winning something is quite high, the chance of winning big playing slots is really very low. But we should remember that the very concept of probability is only our human reflection of the bold fact that we just do not know the future. Such concept helps us to handle the concept of uncertainty, that is. But in reality, such a thing as probability does not exist. Neither is it ruling the world, although it might seem like it does.

Events either take place or not, including the events of low and very low probability. What was the probability that the Earth would be hit by the asteroid that killed the dinos 65 million years ago? The chance was close to zero, but this event happened anyway. You might think that such events only occur once over huge spans of time, and that is probably true, but the reality is that they might happen now and then, and the occurrence is never evenly distributed.

Calculating and estimating the odds, we can only try to predict whether things are going to happen or not – and such kinds of forecasting could work well, sometimes. But in reality, every time you spin the reels, the result is either ‘yes’ or ‘no,’ ‘you win’ or ‘you lose.’ You cannot get your share of the prize proportionally to your odds. Winner takes it all. There is no way to cash in your chances; the payouts are made in real money, after all, and not in the percentage of the odds or anything like that.

And the risk takers know it. They realize that the chances of winning big are really very low. But they also know that, in the long run, they would lose only 10% of what they wagered – if they play many times, of course – and consider such losses affordable. Just the price you have to pay to still have the hope to win big one day. The tribe of jackpot-hunters is already great but still growing – just because the event of winning big, theoretically, is still possible.

Winning big in slots is not a matter of probability. It is a matter of “when” – next time, tomorrow, in a year from now or perhaps never. The exact timing of this event occurring is fully out of your control, but it might happen if you are lucky. This is the logic low probability events apparently obey.

A Bulk of Losers Is Needed to Finance Big Wins

But anyway, we should remember that besides the logic of low probability events, there is another logic working here. The question is: where does the money for all these enticing jackpots come from? Obviously, the source is only one, and it is the whole bulk of frequent and occasional losers. There would be no big jackpot wins without all the players who lose their wagers. In this regard, the main thing that does not let you win big when playing slots is that the bulk of losers should be big enough to make big wins possible.

Related Posts
Why Slot Games Are the Best in Any Casino
Online Poker VS Offline Poker
Dress Code for Poker Tournaments
Most Remarkable Ways Gamblers Spent Their Biggest ...
Tags: Casino, Gambling, Jackpot, Slots, Winning
Popular Posts
The History of a Card Deck and Its Symbolism
42568 views
The Biggest Casino Wins of All Time
35499 views
Insightful Baccarat Guide
25367 views
Roulette and Probability Theory: Math That Gets Interesting
19730 views
Top 10 Movies About Lottery Winnings
18964 views
Last Posts
Origin of Casinos and Their Development Up to Present Days
748 views
Greyhound Racing: History, Interesting Facts, Betting
621 views
How Will Casinos Look in the Future?
691 views
History of Gambling In Ireland
576 views
The Symbolism and Spirituality Behind the Card Deck Suits
679 views

There is one group of people that makes all experienced entrepreneurs rack their brains at nights, while common office workers look at them with admiring envy. These people may not be smart enough to talk about the Renaissance or quantum physics, nor witty enough to tell a joke (even a silly one), or “beautiful” enough […]

What is the difference between playing craps in a real casino and playing it online? Playing craps in a casino is a dream for many Las Vegas visitors. Live craps is an outstanding gambling experience that can make your heart beat and your emotions run wild. You can find the loudest casino crowds in the […]

It is quite difficult to explain why people are always interested in “record-breaking events” or just “big stories” about anything. And this is exactly the case with roulette. You could find many fans of the “biggest roulette wins” tales, even among those who have never entered a casino floor to make a wager. And, perhaps, […]

The existence of addictive behaviors is still a controversial topic among many experts. While some argue that addiction is something that some people are genetically predisposed to, others don’t recognize that pathological gamblers are people with genuine behavioral addictions; they think this is simply a question of bad habits. Nevertheless, when looking at the characteristics […]