HOME / Casino Wiki - The must-read articles for newbies / Blackjack: A Guide for a Novice Dealer 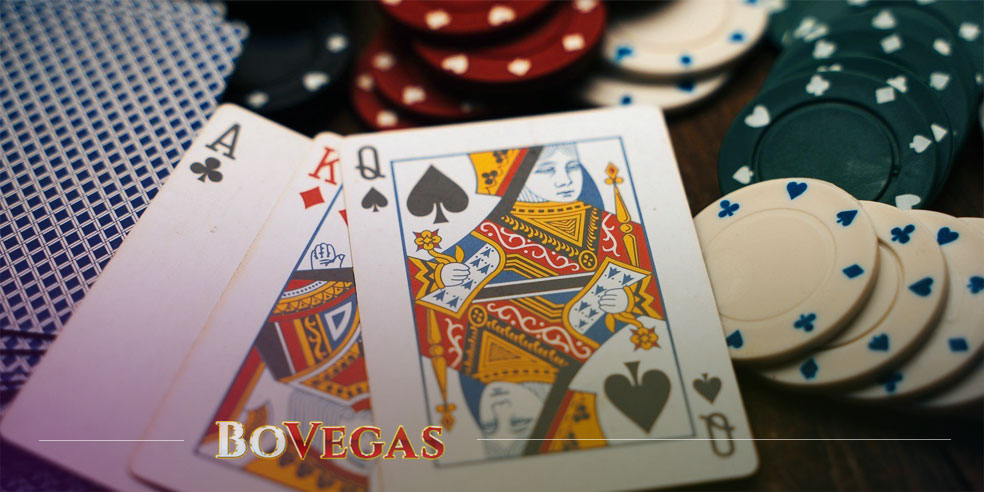 The romanticized image of the dealer, both in real life and in countless movies about casinos and gambling, has always been shrouded in an aura of mystery. And is he a successful guy? You bet! In fact, we could go so far as to say that this person is almost the right-hand man of Lady Luck. This being so, it’s hardly surprising so many avid gamblers already dream of becoming a real pro and combining work with their favorite hobby – playing in a casino! Now in blackjack, the croupier is called a dealer, and this profession does require certain special skills: such as being responsible, attentive and witty. The dealer also needs to have a lot of mental stamina, since he often has to deal with the negative emotions that come from player’s losses. After all, there’s always the risk that the loser may scold the dealer or throw a chip into him!  And as if that wasn’t enough, the many advantages of working as a dealer include decent wages and plenty of tips from the customers!
But even so: being a dealer is even more difficult than playing blackjack for real money since, while the player is still able to play however they want, the dealer is obliged to obey a certain set of rules. Some of these additional rules limit how the dealer can either “Hit” or “Stand;” or determine how the dealer plays their hand after the players have played theirs. 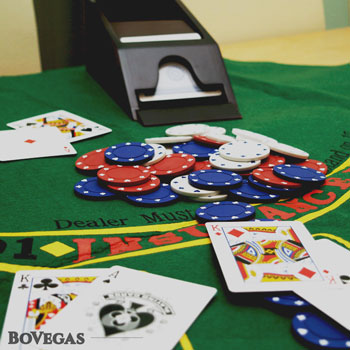 The player is the one who plays at the blackjack table against the casino.

The dealer is a casino employee whose role is to deal the cards and to play the game on the part of the casino.

A hand is a set of player’s or dealer’s cards. Usually, the casino rules do not allow the players to touch their cards.

Tracking means to trace the location of cards in the course of the game, so you can use this information on the next shuffle.

Shuffle – a complete “game cycle,” which starts with shuffling the deck, and ends with the result of the split card.

Shoe – a special device for casino card games. The deck is shuffled and placed in a shoe, from which the cards are then to be distributed.

Chip – a small flat object of a round, square or octagonal shape, whose its face value is written on it. The chip can be traded for cash at the casino cashier’s office.

The number of decks in use can range from one to eight 52-card decks. Numbered cards (2-10) are played at face value. Face cards (Jack, Queen, and King) are ranked at 10. Ace is valued at one or eleven points. This choice is made in a way that helps the player.

Imagine that you are already a dealer and you are already ready to handle those who want to play online blackjack games for real money. You “stand” at the head of a semicircular table, and there are 5-7 playing positions in front of you. You carefully shuffle the standard 52-card deck, separate a specific number of cards (from the fifth to the third) with the help of a special plastic card and insert the cards into the “shoe.” Over the course of the game, you will pull more cards from the shoe and distribute them to the players and to yourself.

The substance of the game is to gain as many points as possible, but 21 tops.

You must deal 2 cards to each player. Both should be face up. The dealer also gets two cards, but one of them is dealt face down. You deal cards from left (“first base”) to right (“third base.”)

Before the cards are distributed, players make bets by placing chips on certain fields of the gaming table (“betting boxes.”) After the first hand, the players are forbidden to either touch the chips or bet. 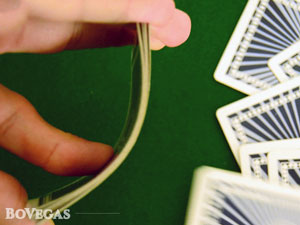 If after the distribution one of the players has 21 points (i.e., he has an ace and a ten-point card), then he has blackjack. When this is the case, the player receives a win of 3:2. But if the first (open) dealer’s card is 10, or an ace, then it is conceivable that the dealer will also have blackjack, so the player who has blackjack can take a 1:1 win.

But if the player does not have blackjack, he is offered to choose either to take another card (player says “Hit me!”) or to stay with those cards and the particular amount of points they have on their hands (when this is the case, the player must say “Stand!”)

As a rule, whenever a player scores 21 points after taking a new card, the dealer does not ask him anything more, and simply moves on to the next player instead. If the player takes a new card and the number of points exceeded 21, then this situation is called “Bust,” so the dealer dismiss the player’s bet in favor of the casino.

If the dealer has 21 points in the first two cards (blackjack), then all the players (except those who have blackjack too) lose! Those with a blackjack still remain at their same cash-out rates if they have not previously chosen to take the win 1:1, or if they have not insured their combination from blackjack. Insurance is a side bet provided for the game, but only if there is an open dealer’s card that is an ace.

After all the players have taken the cards, the dealer then deals some cards to himself. The general rule of blackjack is that the dealer must stop when he scores 17 points or higher. The dealer is obliged to keep taking cards until he reaches that threshold of points (even if those who have a bust have fewer points).

In the final scoring, only the player and the dealer cards are compared; but the cards and bets of parallel players are not counted.

To really test yourself as a dealer, you actually have two options – to get a job at a real casino, or simply throw a themed party at home! So if you think the chances of you being hired are pretty small, and your friends are busy, then you can always try this role out yourself as a live dealer. Indeed, the profession of the live dealer has become more and more popular in recent years.

To become a professional live dealer, you can study at a casino dealer school. The main requirements are to be at least 21 years old, and that you also have excellent hearing, eyesight, and intelligible speech. You also should not have any criminal record, and you should be sociable and able to find a common language with different people. Besides all this, you should be able to think and count sums of money at a high speed; speak English fluently and be very well presented.

To test your acumen as a dealer or as a player you can also delve into an online version of the game.

You won’t face any troubles while looking for a free option where to play blackjack, as RealTime Gaming (RTG), the most famous gaming software provider in the world, provides such an opportunity for you! The RTG blackjack is accessible at any online casino, offering you multiple variations of the game.

Standard Blackjack –  the traditional game of blackjack, with six decks of cards are used, and the main objective remains the same – to gain as many points as possible, but 21 tops, and to ultimately beat the dealer.

European Blackjack differs from standard blackjack only insofar as the dealer is not dealt their second card until all the players have made their decisions.

So don’t hesitate. Try it now. The career of a pro dealer is waiting for you! Don’t lose your chance to finally live in the lap of luxury!

The history of humankind is tightly bound up with the history of gambling. The earliest human civilizations, like the ones that originated in the Mesopotamian region and the ancient Chinese civilization, had already invented several ways to gamble thousands of years ago; so all that serves as the best possible proof of this statement! However, […]

The significant money turnover to be found at the casino has always been attractive to people who want to grab some winnings. But with all that said, it’s interesting to find out how they’ve found some ways to bring on their side something bigger than luck… And no, we’re not talking about guns! Instead, let’s […]