Everything You Need to Know About WPT 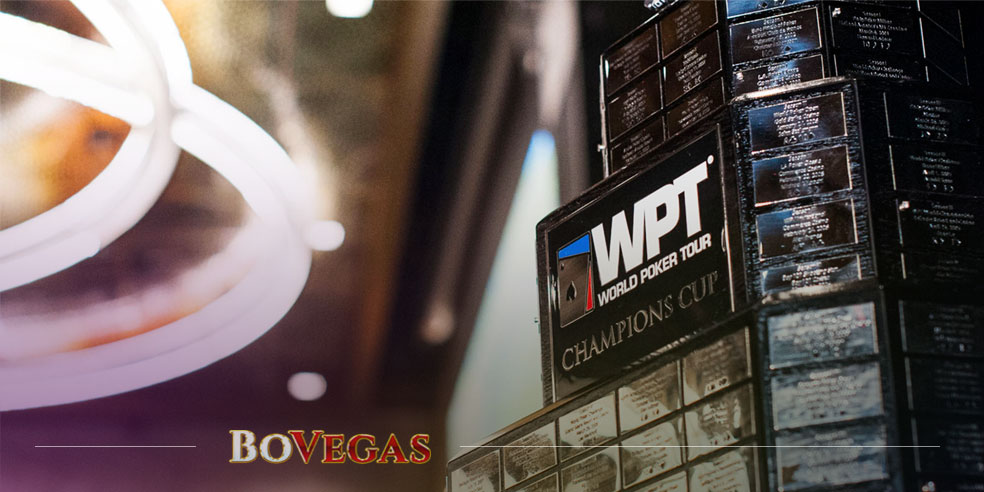 When poker events are broadcast all over the world, this is something true fans of the game simply cannot afford to miss! The World Poker Tour is one of the global brands to take care of this and also of the TV production of the live events. One of the most important events held by the brand is the WPT Main Tour. The winners of the WPT Main Event are awarded membership of the WPT Champions Club. So if you’ve never heard of the WPT, then it’s about time for you to find out more about it!

History of the WPT

The WPT dates back to 2002, when the CEO of World Poker Tour Enterprise, Steven Lipscomb, decided to create this brand. Being a TV producer helped him to determine the direction of brand development for years to come. The main concept of the show was to broadcast the final table of the poker tournament with hole cards, exposing them to the audience; so that the fans could get a really good understanding of what was happening at the table. 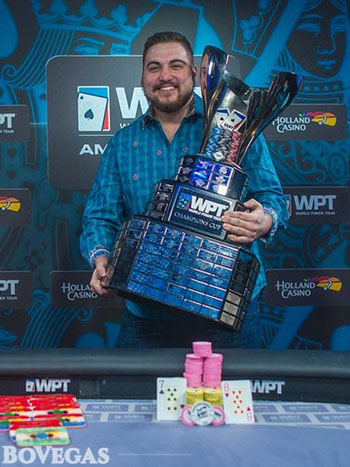 The show skyrocketed in popularity right from the very day it was first broadcast. It was launched at the end of 2002, and the first season ran until April 2003. The grand finale took place at the Bellagio Casino and Hotel. The final table broadcast became one of the top TV shows! Having 6 players at the final table and displaying their cards to the public helped the audience to step into the shoes of some real high rollers, understanding what hands they had and how they played for money.

Another distinctive feature of the broadcast was the commentary team, which was composed of Vince Van Patten and Mike Sexton. Because of this very same dream team, every viewer found they were actually able to understand the rules of the game and witness the outstanding combinations poker players complete. This show contributed to the poker boom that was happening all over the United States.

The second season was aired in more than 150 countries. The Travel Channel became the official broadcasting platform for the WPT main events. Additionally, the tournament was broadcasted via American Cable Television. The growing recognition of the brand helped to gather an ever bigger amount of high rollers at the live events.

Before 2007 the WPT had grown into a huge event that was more than capable of effortlessly gathering major poker games celebrities together, as well as helping many of them reach the top of the gambling world. For instance, it was at the WPT tournaments where Gus Hansen, aka “the crazy Dan,” carved out his striking personality; because after all, this was where he had the opportunity to show off his talents to the full!

The prize polls of the WPT main event and regular ones had been constantly growing year after year before 2007. And even in 2007, the WPT Championship’s first prize was worth $4 million, making it the world’s second-biggest tournament after the WSOP.

After the recession in 2008, the WPT prize pools became smaller, as well as levels of attendance. Nevertheless, this didn’t make it any less popular. In 2008, the WPT entered the world of online gambling by launching ClubWPT. They launched their own online poker website, so that anyone who wanted to catch the vibe of the virtual tournaments could easily do so. And guess what? Playing online poker with WPT could bring you $100,000 in monthly prizes, which seems to us be just beyond profitable!

In 2009, the rights to the WPT were acquired by PartyGaming for $12,300,000, which ceased to be attached to the USA; this then helped expand the tournament to the rest of the globe. Since that purchase, PartyGaming has been holding various scale events under the WPT. The majority of these tournaments take place in Europe, albeit mainly at the local level. The buy-ins are not that big, so there are no huge obstacles for any amateurs who want to start playing poker professionally.

Since 2009, the WPT events have been held in various places all over the globe. Up to now, the series has completed 17 whole seasons. Even so, PartyGaming management are constantly showing that they have an irresistible drive towards further expansion. The most recent seasons have been held in Russia, New Zealand, and Vietnam, the WPT plans to deliver real money poker to a much larger amount of states over time.

For the last five seasons, the WPT has been experimenting with delayed tables, forcing high rollers to play the final tables on a certain date, in the specifically determined location. The final season took place in the magnificent HyperX Esports Arena at the Luxor Hotel & Casino in Vegas. This type of experiment helped the management to gather real and straightforward feedback from high rollers to make its main event even more spectacular!

So by now, it really reminds you more of a sporting event, where all of the final table players are gathered in one spot; so there’s simply no need to spend extra for televised support from different venues when you simply can do it in Vegas, in just one arena.

The CEO of the WPT, Adam Pliska, recently announced they were expanding further by tapping into the Mexican media market, thereby bringing WPT broadcasting to the USA’s southern neighbor. And the late-night poker broadcasting they’re planning more than promising. What is more, the brand hasn’t lost its grip on poker sites like PlayWPT and Zynga, as they’re effectively playing the role of cash cows.

The potential participants must be pretty excited by now, as they already know the 2019 WPT Schedule. Oh, and there are some events you are still able to enter, and hopefully grab some money on your way to fame and fortune! These can be found on the official WPT website with their respective dates, buy-in rates, and locations. One of the biggest is going to be held in Montreal, and it’s called WPT500 CAD; here, a hefty $1,000,000 is guaranteed to the lucky winner!  If you still want to participate in one of the big events, then better buckle up for 2020. Because together with party poker live, the 2020 season is going to be truly legendary!

Understanding the online gaming industry will help you appreciate the contribution the WPT tours have made to the development of the game of poker. Many questions have arisen among the players on how to enjoy participating in these tournaments.

The WPT was acquired by Black Ridge Acquisition Corp. from Ourgame International Holdings and was merged with Allied Esports into Allied Esports Entertainment.

The final 2018 table was taken by John Cynn, who bagged $8,800,000, defeating Tony Miles in the process. He then became one of the biggest WSOP final table winners.

Related Posts
Trendiest Flicks Featuring Gambling
Can Isaac Newton Help You Win at Roulette
Gambling in Lake Tahoe
What Does It Mean to Be a Professional Gambler
Tags: Casino, Championship, Events, Gambling, History, Tournament, World Poker Tour, WPT
Popular Posts
The History of a Card Deck and Its Symbolism
43135 views
The Biggest Casino Wins of All Time
36394 views
Insightful Baccarat Guide
25795 views
Roulette and Probability Theory: Math That Gets Interesting
20223 views
Top 10 Movies About Lottery Winnings
20101 views
Last Posts
Origin of Casinos and Their Development Up to Present Days
924 views
Greyhound Racing: History, Interesting Facts, Betting
754 views
How Will Casinos Look in the Future?
836 views
History of Gambling In Ireland
735 views
The Symbolism and Spirituality Behind the Card Deck Suits
874 views

As part of the ever more flexible range of gambling entertainment options available to us, the best online casinos provide us all with the opportunity to try any game for free. Sometimes, both newcomers and seasoned players need to try free mode, so they can explore the playing process in-depth; or even just to have […]

As 2018 finally drew to a close, the world’s most reckless and sophisticated gamblers put aside their favorite slot games of the previous year, eagerly anticipating the new pokies games that were about to arrive on stage. And the Aussies seem to have been the first people to test the most advanced and elaborate pokie […]