The increasing popularity of poker leads many novices to question their approach and wonder whether to prioritize theory over practice or vice versa. There’s probably no quick answer to that, as both theory and practice are essential parts of poker mastery. Speaking of playing online, some say that mathematical analysis outweighs bluffing, as no visual contact is involved. But it might not be so easy.

What Is Poker Theory?

Game theory became a thing in the 1950s, when university professors started studying strategic interaction in games and applying mathematical models. A great deal of research on game theory has since been conducted, particularly concerning poker. There’s even an MIT course where types of players and ways to calculate the odds are explained.

You’ll be surprised by how many books have been written on poker theory. David Sklansky, who is the most well-known in the community, formulated the fundamental theorem. According to Sklansky’s theory, you lose every time you’re playing the game differently from if you could see what cards your opponents have, and vice versa. It’s just a theoretical concept, and it won’t help you shape a perfect strategy. What it demonstrates is that you need to improve your game by predicting situations and learning how to read hands.

It’s crucial not to push the theoretical approach too hard. Poker is a social game that requires not only logic and math but also bluffing skills and emotional control. If a player is grounded in theory, it doesn’t mean they will succeed at the table. Players have to gain valuable experience, analyzing their opponents and their own behavior.

Apart from physical or verbal tells, there are a lot of bluffing techniques you can use in online poker. It’s all about position and stack size. To deal with others bluffing online, it’s advisable to take notes on opponents and review their hand history.

Game theory is also used in another respect: not only does it make studying poker situations to prove scientific facts and introduce strategies to players possible, it also contributes to the process of developing state-of-the-art gambling bots. Automated programs are error-free regarding math, and can even learn from their opponents.

What Is Poker Practice? 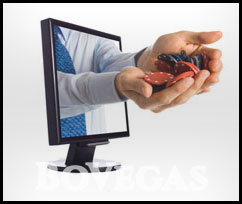 Experts would claim that just playing doesn’t count as practice. What practicing poker does mean is trying to understand the game better. It requires that you constantly revise your actions and behavior.

In a well-known book about Poker Hold’em, Sklansky distinguishes six levels of thinking. Basically, the more complex a player’s thinking, the more layers of the game they are capable of apprehending and the better the chance they will make good decisions. These levels can be described by questions poker players set themselves:

That is to say that you shouldn’t underestimate the practical value of playing. While mathematical thinking and counting are also extremely important, heuristics is probably the determining factor of how to get good at poker.

How to Master Online Poker? 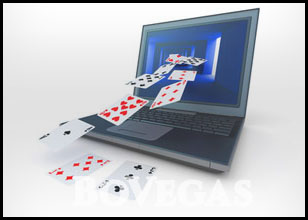 There are tons of material on the Internet, including free sources, that can teach you the basics of the game and shed light on common poker strategies and mistakes. You should find a balance between theory and practice: after exploring some tips, try them out right away. Knowing that poker is a game with imperfect information and the element of chance, you can be ready to face all kinds of situations at the table and use both probabilistic considerations and deception methods against opponents.

It’s a good idea to practice poker offline before going online. There are free lessons in many card rooms, eager to hook new customers, and relatively cheap interactive tutorials provided by online academies. You can also easily organize home cash games with friends. Don’t hesitate to watch some poker shows or download a couple of poker trainer apps: they all might come in handy. The more thoughtfully you play, the better you’ll become at adjusting to different stack sizes, hand reading, and manipulating your opponents. In such a way, you will get an opportunity to experience a wide range of poker situations and get used to them, and various questions like “what does tilt mean in poker?” or “how to play against calling stations” will not make difficulties to you.

Related Posts
The Story of How Las Vegas Was Created
6 Best Online Gaming Regulators and Casino Licensi...
Inside the Slot: How the Slot Games Are Developed
What Does It Mean to Be a Professional Gambler
Tags: Gamblers, Gambling, Online gambling, Online poker, Poker, Psychology of gambling
Popular Posts
The History of a Card Deck and Its Symbolism
43135 views
The Biggest Casino Wins of All Time
36394 views
Insightful Baccarat Guide
25795 views
Roulette and Probability Theory: Math That Gets Interesting
20223 views
Top 10 Movies About Lottery Winnings
20101 views
Last Posts
Origin of Casinos and Their Development Up to Present Days
924 views
Greyhound Racing: History, Interesting Facts, Betting
754 views
How Will Casinos Look in the Future?
836 views
History of Gambling In Ireland
735 views
The Symbolism and Spirituality Behind the Card Deck Suits
874 views

Pokie machines in Australia are like talks around nuclear weapons — everybody passionately stands for getting rid of them, but nobody genuinely wants it! The gambling industry in the largest country in Oceania is flourishing at a rapid pace. And the Aussies, in turn, annually spend a big chunk of money on games of chance: […]

Bets on the River

Not long ago, we looked at three questions you should ask yourself about your hand before you decide to bet on the river. Now we’re going to look at how you can get the most value out of your hand when you do decide to wager. Talking value better here, ladies and gentlemen! Once you […]