HOME / Casino Wiki - The must-read articles for newbies / Gambling and Christianity: What Does the Bible Say 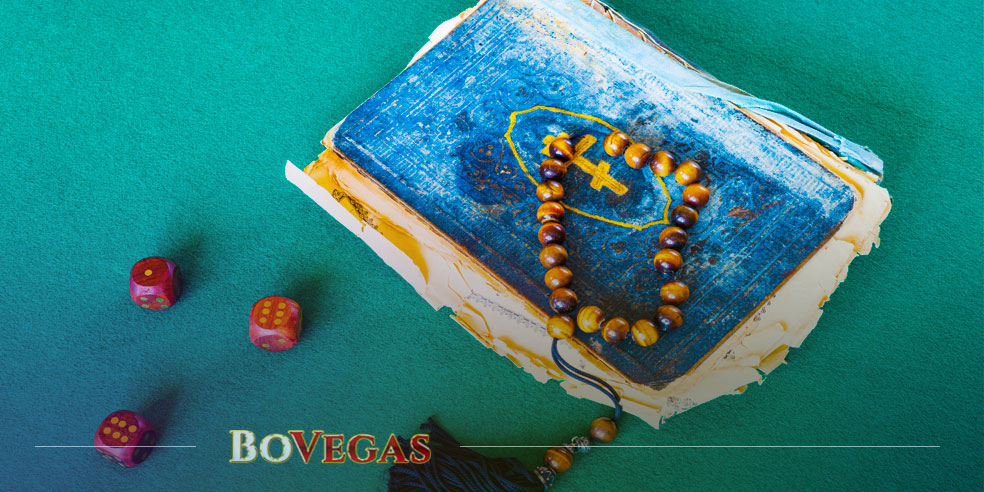 Many Christians have wondered whether gambling is a sin and what the Bible says about it. And even though casinos, lottery, and games of chance aren’t mentioned in the Holy Book, the Bible still has warnings about the temptation. So did God say that gambling is wrong? Is it appropriate for Christians to gamble? Let’s check the Bible to find some answers to these questions.

What’s the main reason people play the lottery and gamble? They have a craving to become rich quick and easy. Timothy 6:10 tells that “the love of money is the root of all kinds of evil;” therefore, although gambling isn’t explicitly mentioned, it’s still implied in the texts. The desire for money can instantly have a negative impact on a person’s life, leading to depression, anxiety, family strife, alcoholism, and eventually, gambling addiction.

On the other hand, God gave every person certain talents, which all will be taken into account after death. So from that perspective, if you have a talent for playing Blackjack or slot machines, not playing would be considered as wasting your skills.

Hebrews 13:5 declares: “Keep your lives free from the love of money and be content with what you have.” Here you may argue that there are lots of instances where money is used for the greater good, such as medical research, charity, economic advancement. However, money is also used in conjunction with negative things, such as drugs, booze, prostitution, and war. After all, everything has two sides, like yin and yan, light and dark.

“Whoever loves money never has enough; whoever loves wealth is never satisfied with their income. This too is meaningless.” — Ecclesiastes 5:10. Almost every person in the whole universe can relate to these words: games of chance and winning make people eager to get more and more. We all know that this ends up with them eventually having a gambling addiction. This problem is pervasive, with millions of addicts in the US alone!

Throughout the Bible, we can track the importance of earning money in an honest way. And only by applying Biblical principles, can players avoid the adverse effects that gambling can have on life.

So Is Gambling a Sin?

Moreover, gambling becomes a sin only when we pay too much money for this entertainment. For instance, spending thousands of dollars that your family actually needs on games of luck would most certainly be sinful.

However, why would it be wrong to spend a few dollars for evening entertainment, whether it’s on bingo, movies, or other pastimes?

Side Effects of Gambling 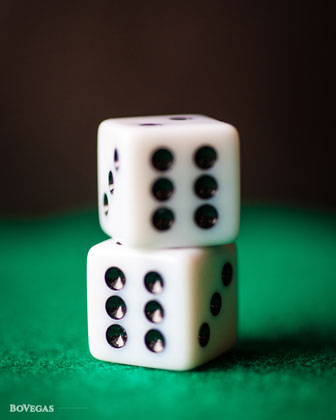 Gambling can only be harmful when it begins to ruin your life and lead you towards a truly destructive path, such as addiction, theft, alcoholism, fraud, serenity, divorce, bankruptcy, poverty — this list can actually go on for quite a bit longer!

The only way to break this vicious circle is to know your boundaries. So as long as you’re only playing for entertainment and as a fun pastime, there is absolutely nothing wrong about it.

Even though we can say gambling in small doses cannot harm you or your surroundings, the church is still against it. And while many countries have legalized gambling, religious institutions are going to fight to ensure legal gambling isn’t undermined.

Still, thousands of people gamble every day and will continue to do so, no matter what. So a simple reminder here: be aware of the pros and cons of such entertainment, and always play responsibly!

Most Popular Questions About Gambling and Christianity

Original sin, also termed ancestral sin, is a belief in Christianity about the sin Adam and Eve committed, and namely how they consumed the forbidden fruit from the tree of the knowledge of good and evil.

Merely buying a ticket isn’t considered to be gambling, as you’re only paying a fee to participate in a game. The same story with putting a coin in a slot — it’s not gambling until you spin the reel.

God said that all sins could be forgiven to men, but the blasphemy against the Holy Spirit can never be forgiven. This blasphemy is insulting or showing a lack of reverence for God or religion.

Related Posts
Understanding Video Poker: The History and the Pre...
Why Casinos Should Not Be Banned
Variations of Blackjack
Oscar Odds — Betting and Picking Winners
Tags: Bible, Church, Gambling, History, Religion
Popular Posts
The History of a Card Deck and Its Symbolism
42568 views
The Biggest Casino Wins of All Time
35499 views
Insightful Baccarat Guide
25367 views
Roulette and Probability Theory: Math That Gets Interesting
19730 views
Top 10 Movies About Lottery Winnings
18964 views
Last Posts
Origin of Casinos and Their Development Up to Present Days
748 views
Greyhound Racing: History, Interesting Facts, Betting
621 views
How Will Casinos Look in the Future?
691 views
History of Gambling In Ireland
576 views
The Symbolism and Spirituality Behind the Card Deck Suits
679 views

The Most Iconic Gambling TV Characters

Gambling has always been part of our history. And not only this, it’s entered almost every sphere of human life: political betting, earning money while playing, finding your true love on the poker table, and watching your favorite TV show with… gamblers! Marge Simpson For many Simpsons lovers, the best mom ever is undoubtedly Marge […]

Casino entertainments do have a certain mark which makes many filmmakers think about including some gambling scenes in their work. Such a luxurious atmosphere of gambling venues stuffed with tuxedoed men and dressed-to-kill women is definitely able to serve as a basis for many remarkable incidents. Gambling itself, as an activity which involves hope, risk, […]