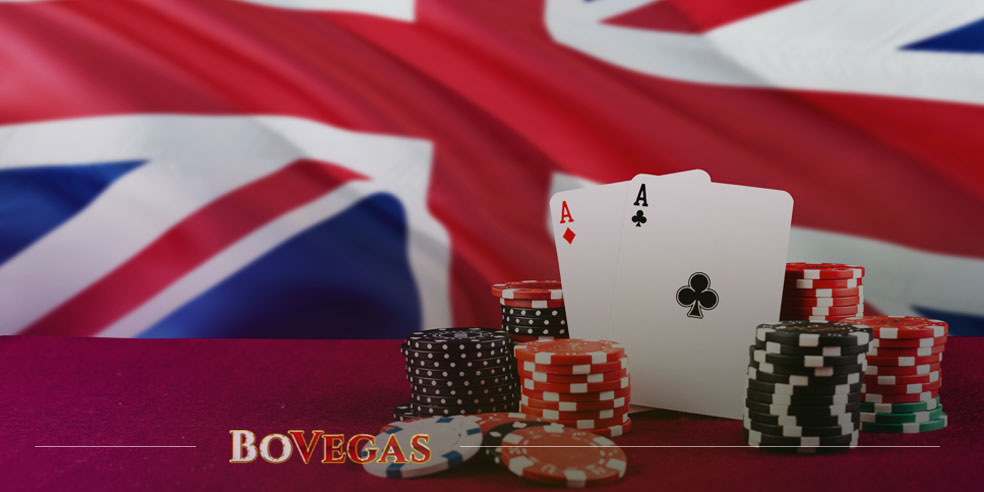 Nowadays, the UK is known to be a country with some of the most effective gambling regulations in the world. The UK Gambling Commission keeps a wary eye on any operators that have been licensed to offer their services within the country. However, this doesn’t mean that gaming in the UK is going through a hard period. Actually, things are going pretty well for most law-abiding UK-based providers! Over the centuries, the British have seen gaming become a big part of their national traditions; so there’s currently a big community of players who are actively visiting bingo halls, buying lottery tickets, betting on sports events and of course, playing in online casinos! So let’s start our little historical excursion here, to find out where it all began.

Early Gambling Traditions in the UK

The simplest forms of betting first became popular in the territory of modern-day Great Britain, right after the Roman invasion! The common people used to enjoy games like dice and knucklebones, while the rich could easily afford to bet on various events, like horse racing. For many consecutive centuries, gaming had existed as an unofficial social sphere, until the big turning point that finally happened in the 16th century. James IV of Scotland was an avid horse racing fan and in the early 1500s, this was turned into a national sport. Half a century later, in 1569 the lottery was officially legalized by Queen Elizabeth the Second. In this way, the lottery and racing have evolved into two of the most popular betting activities in the country as a whole.

Over the following centuries, lotteries were successfully established for funding various public initiatives. By the beginning of the 18th century numerous Gaming Houses were opened all across the country. However, the legal status of gaming in the UK has been on shaky ground for a long time – gambling was repeatedly legalized and banned, multiple times throughout the 18th and 20th centuries; until 1961, when the Betting and Gaming Act was finally passed. This document has become the legal basis of all the internal gaming regulations that currently exist, and it was also the one that made Betting Shops possible in practice.

The Dawn of Betting Shops in the UK

During the first year after the Betting and Gaming Act was passed, around 10,000 Betting Shops were opened all across the UK. The demand for an official betting provider was huge, and those shops really were immensely successful among UK gamers. However, early Betting Shops still had to follow many restrictions, as defined by the Betting Act – there were many limitations for the types of bet people could make and the events they could bet on. And apart from that the new legislation has set some very strict conditions defining the interior and exterior of those places. Betting Shops were not allowed to serve people with any other services like drinks or food and were also not allowed to use decorations of any advertisements to make the interior look more attractive. In other words, from the very beginning UK Betting Shops used to look very, very dull.

As the years went by, it became obvious to the Gambling Commission that the rigorous restrictions that were designed to make Betting Shops not so appealing to the general public were hardly making them any less popular, which has been proved by official statistics gathered by the gaming officials. That’s why in 1986, the government decided to let some fresh air in and to lose some of those harsh restrictions! So starting from the mid-80s, Betting Shops in the UK were allowed to add some fancy decor to the somewhat grim interiors of the time, and to start selling hot drinks; all this, of course, was very much appreciated by the regular gambling crowd! Also, Betting Shops won the right to place TVs and monitors, so the players could watch the horse racing live without leaving the place. To provide some extra comfort, recreational areas featuring comfortable chairs or couches were also allowed.

However, not all the changes that were made were that great. According to the 1961 Betting and Gambling act all the players were obliged to pay a 10% tax for any win. But by 1986, the UK gaming industry had grown bigger, and some of the providers managed to grow into powerful county-wide corporations. Thereby, due to popular demand and with a little help from the most influential providers, the individual bet tax was abolished. But there were still many ways for the government to gain annual profits from the multi-million gaming industry, and it pretty much looked like a win-win situation for all parties concerned.

Another good year for UK betting shops was 1992. This was the year when the UK Football League was held for the first time and betting on internal soccer events became a new big thing for players. Horse racing was a profitable business for smaller betting operators; but the gross turnover was still not so big, if we compare it to the betting points that used to operate on the ancient hippodromes. But when it comes to football, the fan base seems to be much wider, and the demographics are also more fluid. In other words, this opportunity became a real milestone for local betting points.

21st Century and Decrease in Popularity

However, every good story must come to an end. No, don’t worry: we don’t mean all the betting shops were actually shut down! Actually, there are about 9,000 of them operating in various parts of the United Kingdom. But could a successful concept lose its efficiency just in a decade? Was this caused by a new unfavorable change in UK gambling legislation, or was this decrease caused by a lack of interest among the younger generation? Well as it happens, none of those answers is actually right!

Betting Shops ran out of fashion purely because the concept ran its course, and lots of other alternatives emerged on the market. Of course, we are talking about online casinos, which just started to gain popularity in the early 00s. During the following decade, many of the least successful small providers ran out of business, pushed back by the rapidly growing market of online casinos.

As we already mentioned above, there are about 9,000 betting shops in the UK at the moment. And even though this number looks small compared to the 70s, they are still pretty popular. Of course, many of those shops are now owned by bigger casino brands, most of which are online casinos investing good money in renovation and maintenance making present-day Betting Shops as comfortable and cozy as possible, so that the good old tradition will be preserved, in order to serve as a great recreational venue for those who still like making bets in real life.

Related Posts
The Symbolism and Spirituality Behind the Card Dec...
Favorite Payment Systems in Australian Casinos
Top 10 Largest Casinos in The United States
Are Australians the Biggest Gamblers in the World?
Popular Posts
The History of a Card Deck and Its Symbolism
42981 views
The Biggest Casino Wins of All Time
36249 views
Insightful Baccarat Guide
25696 views
Roulette and Probability Theory: Math That Gets Interesting
20101 views
Top 10 Movies About Lottery Winnings
19752 views
Last Posts
Origin of Casinos and Their Development Up to Present Days
869 views
Greyhound Racing: History, Interesting Facts, Betting
722 views
How Will Casinos Look in the Future?
796 views
History of Gambling In Ireland
699 views
The Symbolism and Spirituality Behind the Card Deck Suits
809 views

When people think of Lake Tahoe, they most likely think about skiing rather than casino gaming, and it is true that there is nothing more pleasant than skiing the snowy slopes of Lake Tahoe. Sunbathing is another thing one can enjoy while visiting this unique and picturesque destination. There are so many things to experience […]

When the Whole Family Gets Together, Table Games Are What You Need

Wait a minute; we know what you’re thinking. Table games for the whole family? How on Earth is that even possible? Kids aren’t allowed at casinos, and the very idea of a gambling session as a part of a lovely family gathering seems a bit bizarre. But you haven’t read the article yet! Wait until […]

The Origins of Craps

People have been gambling all the time, on every continent, and in every type of society. Don’t ask us why. We just do not know. What we know is that the majority of the games are too old to be traced down to their roots and origins. But mankind has always tried to solve all […]