Top Gambling Countries in the World

If gambling was a TV show, it would break all the pay-per-view records…

Because what was once “Forbidden fruit” now looks like a game with worldwide appeal!

The more time goes on, the more countries plunge into gambling, and the more people are playing games of chance. Gambling has turned into a cult that manages to bring hundreds of millions of people into casinos and websites annually. As far as punters are concerned, they find entertainment and additional income in gambling, while countries generate unimaginable tax revenue from it. It’s a win-win deal, beneficial for both sides of the gambling industry!

It goes without saying, of course, that this passion for gambling is inherent in almost every person who has ever visited a casino – whether online or bricks and mortar – or anyone who has ever done a sports wager. With such a diverse variety of games, there’s hardly anyone who can seriously question the thrill and the entertainment value of gambling. However, most of US states and some Asian countries are still resistant to legalizing particular forms of games of chance, justifying such prohibitions by stating that gambling leads to addiction. In order to get a clearer view of this, let’s consider some top gambling countries in the world.

Gambling in India is still in its infancy, and the country itself is taking baby steps toward the legalization of casinos. As for now, virtually all states have lotteries and horse racing officially allowed; but only Goa, Daman, and Sikkim offer land-based casinos.

In contrast to this, gambling revenue is growing at a rapid pace; amounting to $130 billion in 2018 compared to $90 billion in 2013, according to Statista.com.

With the economy booming as fast as Democratic polling after recent Trump scandals, India is becoming a big draw for prominent gambling operators. It’s expected the number of states that have casinos will increase in the near future, making India one of the largest gambling markets in the world.

The lion’s share of the revenue comes from online gambling, with about $6.9 billion generated from online casinos, remote betting and bingo. 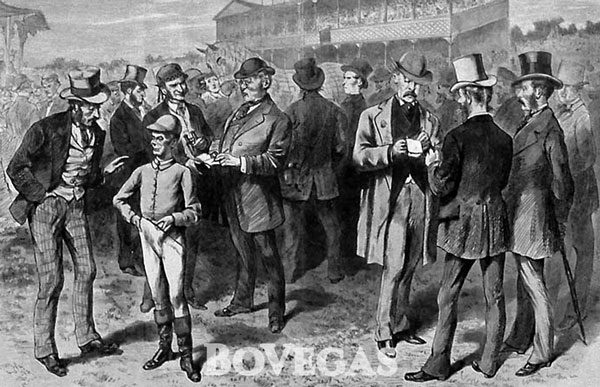 Italian gambling is somewhat specific. Among all available forms of games of chance, Italians give preference to sports betting, with about 60% ($1.52 billion) of the gambling revenue generated from bookmaking companies in 2017. Betting on sports is in full swing in the football seasons when the Italians wager money on Seria A and the UEFA Champion’s League soccer matches. Land-based casinos are less popular gambling activity on the peninsula, bringing about $340 million of the revenue to the Italian budget.

By contrast with the bricks and mortar casinos, online gambling venues are gaining momentum rapidly year in and year out. According to Federgioco, the revenue gained from online casinos surged 1,000% in 2017 compared to 2011 and amounted to about $510 million.

Due to strict gambling-related laws, the Norwegians have very limited gambling options. The only available forms of games of chance are lotteries, sports betting, Keno, and several others – all offered by the Norsk Tipping and Norsk Rikstoto companies.

Despite such a little choice of games of chance, the figures provided by the Norwegian gambling regulator (Lotteri- og stiftelsestilsynet) show that the gambling revenue still amounted to $5.4 billion in 2017, while the gambling market has surged 65.7% since 2012.

The figures released by ARJEL (French Regulatory authority for online games) reveal that the French are increasingly getting immersed in online gambling. The fourth quarter of 2017 traced a 21% surge in betting turnover, amounting to $2.83 billion, while the revenue rose 35% to $533 million.

Land-based casinos were not forgotten by the French either: the revenue accounted for $2.59 billion in 2017, of which about 85% was reaped via slot machines. 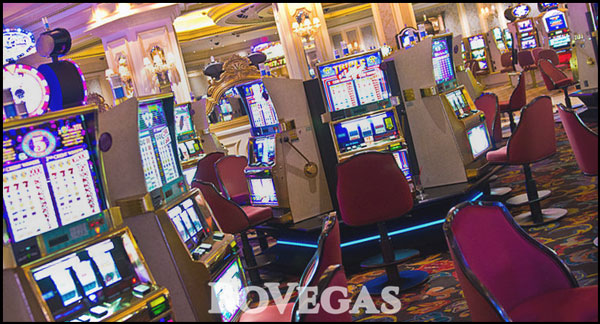 The ban on gambling in Finland has long since been lifted; this actually dates back to the 1920s, when horse racing and lotteries were legalized. So nowadays, there are about 20 land-based casinos, with the largest cluster of venues being located in Helsinki.

Finns love to gamble. According to H2 Gambling Capital, they annually spend over $500 per adult on games of chance. This is definitely not the number that’s supposed to put on the authorities on a war-footing, but they seem to think differently! For as the law currently states, all people who spend over €120 ($135) on gambling are considered to be addicted, and can receive treatment on request. This must have been one of the gambling facts listed in the article.

Most of the U.S. states are yet to take their first bite of the forbidden fruit of gambling, with the authorities intensely opposing the legalization of casinos. However, the first steps toward this have already been taken by the government itself, when it officially allowed online sports betting.

While games of chance remain a taboo subject in most of the states, Las Vegas and Atlantic City are working up a sweat to try and make the United States a gambling hub. Needless to say, they are succeeding pretty well!

According to various sources that cite H2G, the annual gross gambling revenue in the US accounted for over $110 billion in 2016, while the losses per adult didn’t exceed $500.

The most preferred gambling game among U.S. residents is the slot, with about 48% of the casino visitors playing one-handed bandits year in year out. Poker machines accounted for just 6% of the players’ choice, even though Poker is the most recognizable form of gambling in the US.

By contrast with its terrestrial and sea neighbor, the United Kingdom, Ireland spends by far more money on gambling. The country with a population of about 4.8 million has a thing about sports betting, which generated a revenue of over $1.2 billion in 2007.

As recently as in 2017, Irish losses from gambling accounted for over $2.2 billion, which is about $500 per adult.

The history of gambling in Canada traces back to 1972 when Diamond Tooth Gertie’s Gambling Hall was opened. Forty-five years of gambling flourishing in the country has resulted in another 49 casinos, heating up the continental-polar climate of Canada with some red hot, “easy-to-get-scorched” games from reputable software providers. About three-quarters of the people are regular visitors of the casinos, filling the Canadian budget with approximately $13 billion a year.

With a population of over 36 million people, every adult of Canada spends $600 on average on gambling. This amount of money is no more than a mere droplet compared to an annual PPP per capita of $49,775.

Gambling losses in Australia are moving in step with the economic growth rate, accounting for a 20% boost in 2016 compared to 2013. With slot machines (aka pokies) widely available at almost every pub, an enormous legion of casinos, and about 100,000 poker machines scattered across the country, there is little wonder then why Aussies lost over $1,100 per adult on gambling in 2016. Games of chance and Aussies are joined at the hip, and there seems to be nothing that can break that link.

The history of gambling in Australia shows that this way of entertainment does not stop growing in popularity, with about 80% of the adults regularly indulging themselves in slots, poker, and sports betting, to mention just three. The latter, in turn, generates one of the largest gambling revenues in the world, with the sports betting revenue in 2017 accounted for over $1 billion.

When speaking about Monaco, it’s a tax haven for its residents and a gambling paradise for international tourists. The city-state’s laws do not burden the locals with taxes, but nor do they allow its citizens to access the casinos.

The gambling revenue in Monaco keeps its economy afloat, annually generating about $220,000 million from the four casinos all located in Monte Carlo.

The only residents allowed to gamble are those who don’t have the citizenship of Monaco, the number of which is three times the total population of the French Riviera.

According to the data gathered from various Internet portals, the gambling losses in Singapore amounted to $700 per head in 2016. This would make Singapore one of the most gambling spots on the globe, if the best part of the losses wasn’t thanks to international visitors.

Every Singaporean is obliged to pay an entrance fee of $73 to a casino. 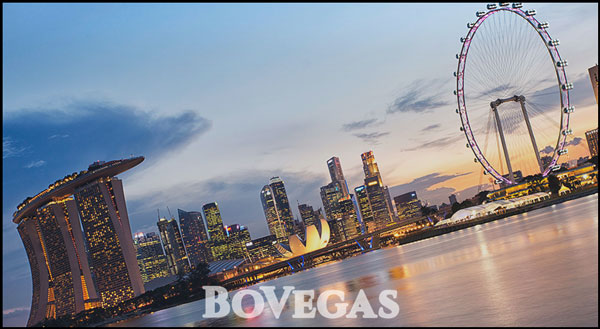 Despite being a tiny city with a population of 650,900 people in an area of 11.8 square miles, Macau competes on equal footing with entire states in terms of gambling revenue. The income gained from games of chance in Macau defies predictions of even the most “sophisticated” fortune tellers, amounting to $33 billion in 2017, while peaked at $50 billion in 2013. Here, you can visit some venues which are listed among the top 10 casinos in the world.

Where else – even in Las Vegas in comparison – can you stumble upon so many gambling tourists? The bulk of the gambling revenue is primarily attained by overseas visitors, making up about 50% of the economy of Macau.

Gambling is an integral part of the economies of the aforementioned countries, annually generating huge incomes. People, in turn, gamble reasonably according to the figures revealed above. The TV show is breaking all the records, without causing harm to the spectators. So the forbidden fruit is really not so toxic then, after all!

Russian Roulette: Truth About the Game of Chance

You’ve probably heard about standard American, European, and French Roulette. But haven’t you forgotten about another important one — a crazy game of chance that can’t be played at any casinos, Russian Roulette? This brutal yet entertaining (for some) form of roulette doesn’t involve a classic roulette wheel. Instead, the game is played by spinning […]

Online Casino Options Will Be Increased by Including Sports Betting, Thanks to the USA Courts

Online Casino Options Will Be Increased Thanks to the USA Courts Who says one of the most powerful and influential forces in the USA (aka the judiciary) isn’t a big fan of gambling? And no, we’re not talking about federal judges who like blowing huge sums of money in Las Vegas, nor even about a […]

Because the gambling industry is connected to money, it will always be discussed in the framework of morality. Especially now that online betting is on the rise, ethical issues rise to the forefront. While many people ask themselves: “Is gambling a sin?”, they tend to confuse addictive behavior or particular unfairness with casino entertainment in […]