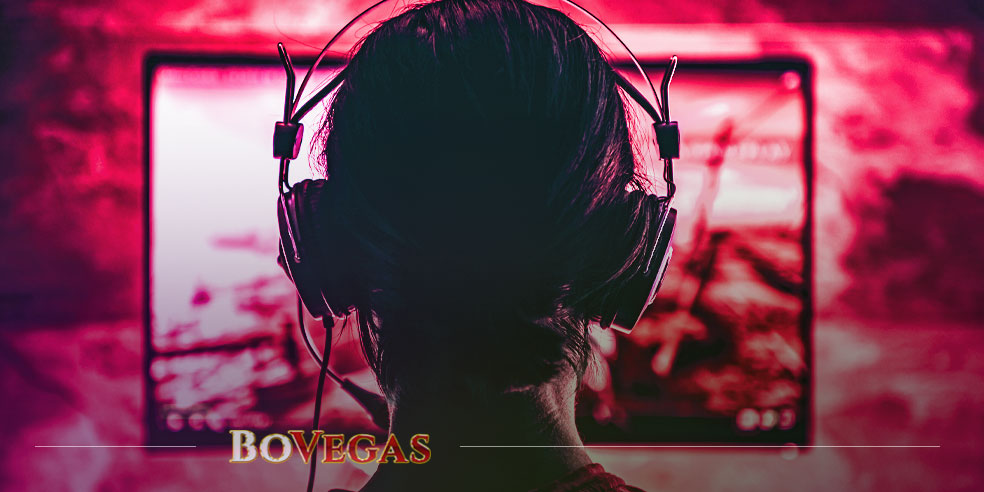 In this article, we are going to explore the best video games with in-built gambling features (except for the phenomenon of loot boxes, considered by many to be another form of gambling).

Online gambling has made a step forward and introduced some elements of chance to video games. In-built gambling is not the main subject of the video games we are going to describe, but such a possibility does at least exist for many of them. You can compete against artificial intelligence or other players in some in-built gambling challenges, depending on the video game you choose. Although you won’t be betting real money, the games are still as fun and enjoyable as the real-life ones! Furthermore, by winning the in-built gambling challenges, you can advance along with the storyline, complete some important quests, gain skills and unlock new achievements.

In Sims, you can gamble in a premium content venue, Lucky Simoleon Casino; with the help of a special Gambling skill. Those Sims who have the Lucky trait can visit the casino and win in-game money. The casino can be supplied with two gambling objects that can help them gain the desired skill.

The Hit’em Harder Blackjack Table is one of them. Up to 4 players can use the table, while the game dealer is a Simbot croupier. The table is complete with gaming cards and chips. If Lady Luck is on your side, you can win some Simoleons while playing with 4 buy-in amounts, or play just for fun. The blackjack table is not available for children, and teens can play solely for fun. It is possible to turn the odds in your favor if you have special skills. Also, you can increase your Gambling skill simply by watching others play. The players can show signs of being distracted, irritated or proud while you watch them play.

Triple Riches O’Jackpot is a slot machine that is used to build the Gambling skill as well. You can play for Lucky Coin stakes (equivalent to §1500 Buy-In), High Stakes (§300 Buy-In), Medium Stakes (§100 Buy-In) or low stakes, (§50 Buy-In). It’s possible for you to install the slot machine at home and make some money when the visitors play it. By placing the machine on Community Lots, you can build a casino and enjoy extra income!

Gambling is present in all versions of GTA, but most casino games are featured in GTA San Andreas and GTA Online. You can visit a casino and play such popular games as Blackjack, Roulette, slot machines, and Wheel of Fortune. The rules are pretty much the same as in land-based or online casinos.

In order to gamble, you need to have a gambling skill level, which increases by 1 for every $100 you spend at the casinos, with a maximum possible skill of 1000. If you want to play some games like Wheel of Fortune you need to be able to wager a maximum amount of $10,000. There are several skill levels: Gambler, Professional, Hi-Roller, and Whale; each one of these has a maximum wager or borrow you have to adhere to. If you run out of money, you can borrow it from the casino. If your debt is more than $500, you’ll be receiving calls from the loaner, and some gunmen will even be sent after you!

You have a chance to take part in other miscellaneous gambling activities: like playing pool with anyone in the bar, Inside Track betting where you can bet money on horse races, and Lowrider Challenge where you bet against the opponent in a car hopping challenge.

In GTA Online, the Diamond Casino & Resort offers players Roulette, Three Card Poker and Blackjack, as well as themed slot machines, featuring various entertainment properties from the world of GTA: such as Twilight Knife and Impotent Rage. In that casino, you can win Chips, clothing, cash, or even a supercar. Aside from the casino games, the casino offers a luxurious experience in its penthouses.

In that great game aside from the main questline, you can develop your gambling skills by playing Gwent, whenever you’re taking a break from killing monsters! In The Witcher 1 and Witcher 2, there was another mini-game called dice poker, played with 5 dices; however, this wasn’t transferred to The Witcher 3.

Gwent players can be met at almost any location, and many quests are tied to that game. The most difficult is Collect’Em All, where you need to collect every single card of each type either by purchasing them from the merchants, or by winning other ones at Gwent.

In this card dueling game, you need to become the last one standing on the battlefield of two armies. There are four factions: the Nilfgaardian empire, Monsters, Northern Realms, and Scoia’tael. Each card in 4 decks has its own abilities. The game has many strategies to help you win. The rules are as follows:

This game, which was released not so long ago, features the adventurous life of the 19th century Wild West with all the key characteristics we’ve come to expect: including horse riding, outlaws, sheriffs, and of course, saloon gambling. In the single-player version of the game, you have some Gambler Challenges you need to complete.

While playing, you have the opportunity to sit down for some rounds of poker in Texas Hold’em format. While you’re playing poker, you can also cheat, but be aware that if you get caught it will not end well for you, as you will be challenged to a fight to the death. Poker tables can be found throughout multiple locations, while each location also has different buy-ins.

Another popular card game you can play in Red Dead Redemption is Blackjack. The rules resemble those of the real-world version. Various locations offer various buy-in payments, and in order to win, you need to leave the game with more chips than you first began with.

You can also play Five Finger Fillet, which can be played in any location with the hand symbol on the map. You need to use a knife and strike the spaces between the fingers of the hand placed face-down on the table in a complicated pattern: so the larger the bet, the harder the pattern!

Watch Dogs is an action-adventure-stealth video game that explores the impact technology is having upon our society.

Slots machines are the main source of gambling in the game. There are just 3 playable slot machines in fictional Chicago. Those slot machines are very basic and simple to play. You can bet $5 and must align identical images on 3 reels to win a random amount of cash.

You can play poker in Watch Dogs too! It features Texas Hold’em style, and you can use your hacking skills to cheat, monitor the stress of the players, check the win and loss ratio of their cards, or hack into security cameras and spy the opponents’ hands. You can find four levels of poker available in the game in several locations of Chicago. Stakes vary from low to super, but the difficulty stays the same.

In Shell Game, a player follows a ball that hides under one of three cups. If you do it correctly, it unlocks certain skills and grants you some extra cash. There are 5 levels that consist of 3 rounds; the game is easy, with some useful supplementary techniques like graphics exploit.

Cash Run is another game, an app that can be purchased for Smartphone. When you buy it, you can play it using various trails that are traced around Chicago. When you complete it, you can earn a Gold medal that unlocks a weapon in the weapons wheel.

Video game gambling is any gambling activity that occurs in a video game; i.e., not just the most common type of in-built gambling, which is found in the form of loot boxes, a kind of a lottery that grants the players in-game items, weapons, or skins.

So far, video game gambling is indeed legal, provided it is not carried out in the context of a standalone gambling app, and provided the chance-based activities represented in the game are not the principal purpose for playing. But recently loot boxes have acquired popularity among teenagers and children. They spend real money on these virtual items, and that may risk leading to addiction.

Recently, scientists have discovered strong links between loot boxes and gambling. Loot boxes are also referred to as ‘surprise mechanics,’ working in the form of a lottery and offering players either a selection of in-game prizes or items for a fixed price. Critics of the loot-box business model often compare these microtransactions to gambling, because the chances of obtaining specific prizes are often unknown to the players who buy them; and also because such players generally want to find the rarest items, which can lead some players to continue spending money on a game with little return on their investment.

Online gaming can refer to online gambling activities, so long as they are indeed specifically legal forms of gambling. It can also refer to something completely different, such as online-based PC or console video games that have nothing to do with gambling at all.

Online Casino Options Will Be Increased by Including Sports Betting, Thanks to the USA Courts

Online Casino Options Will Be Increased Thanks to the USA Courts Who says one of the most powerful and influential forces in the USA (aka the judiciary) isn’t a big fan of gambling? And no, we’re not talking about federal judges who like blowing huge sums of money in Las Vegas, nor even about a […]

The Wealthiest Gamblers So Far

Attaining real success in gambling is a matter of a player’s acumen and luck. The edginess and intricacies that encompass this notoriously popular entertainment form do usually weed out players, welcoming to its top charts only the most outstanding gamblers. It may be either luck or skill that brings players their big wins and makes […]

Roulette and Probability Theory: Math That Gets Interesting

Any game of chance is based on probabilities, and the inventors of these games were pretty keen on math. Keep that in mind when you start playing them, or you’re going to be very disappointed! Because it is a business, after all! These guys invented methods for making money using probability theory. In short, every […]