Given the recent legalization of sports betting in the USA, this year has been a pretty big one in terms of gambling. Nevada’s gambling monopoly has finally come to its end, and more and more new states are now permitting their citizens to bet. Alabama has been out of the running a little so far, as it only has a few brick and mortar casinos, and it has also prohibited all forms of online betting at the legislative level. Even so, considering the sharp rise in interest in games of chance among the commonwealth, it’s hardly unlikely that Alabama will be left untouched by this exciting new trend.

Gambling in Alabama. What Do We Know So Far?

Rather like other states, Alabama’s gambling legislation is quite ambiguous. There’s no specific law that would allow or forbid betting, so this makes the state a great playground for various online regulators to have fun with. The only condition they should meet relates to the location of gambling websites: any web page that offers betting should be located outside the confines of the USA. So, theoretically, you’re not barred from playing games of chance in Alabama, provided that the regulator isn’t located in the USA.

Brick and mortar casinos in Alabama has yet to make their efforts to become competitive with Nevada’s establishments. The only casinos available in the state operate under the Indian Gaming Regulator, and offer mainly bingo games, horse racing, and dog racing. There are some slots as well, but they’re no more than a mere formality compared to Nevada’s one-armed bandits.

A few riverboat casinos can be also found in the heart of Dixie, where pari-mutuel wagering and charitable bingo games are both on offer. There was actually an attempt to enact a state lottery in 1999, but this legislation didn’t receive enough support from voters.

Legalization of Online Gambling in Alabama

Shortly after the authorization of sports betting in the US, rumors about the legalization of gambling began to spread. Most Americans are looking forward to finally being able to play the best 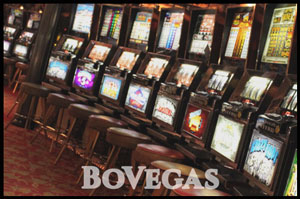 casino games not only in Las Vegas but in their own home states of residence too. But Alabama appears to be reluctant, or even outright resistant, to any possible changes. The reason for this must surely be the conservative views commonly found here; as well as a certain notorious historical event that occurred in Chicago in 1930. The Great Depression brought Phoenix City to the point of bankruptcy, which prompted its authorities to offer gambling licenses. The legalization of betting encouraged the spread of crime, and eventually, it resulted in the assassination of the conservative Attorney General. It seems Alabama don’t want to suffer the same fate!

On the other hand, the gangs of earlier times have long since passed away, and gambling is most certainly not going to bring them back! And what’s more, authorizing casinos in Alabama will significantly improve the local economy of the state; because this state does have all the necessary prerequisites to become another Nevada. There will be no need for the residents of Alabama to travel long distances to play at casinos, because punters all over the globe will consider the state as one of the betting destinations that is very much worth a visit. Land-based casinos and bookmaking companies will provide employment opportunities, and so, the workforce will pay more taxes than they otherwise would; so also will the betting establishments themselves. And all of these developments will most certainly boost the state budget!

Also, the legalization of gambling in Alabama is going to be beneficial for its online punters, who will finally be able to dismiss any concerns about the legality of playing online. Furthermore, the most prominent software providers will now be able to enter the market. In doing so, they will be able to increase the range of games that are available at Alabama online casinos.

The legalization of online casinos in the heart of Dixie is certainly very likely to occur; even though, in recent times, the authorities of the state have been pretty reluctant about the changes that are in store. However, the first step was made by the US government, when it finally authorized sports betting; and all that everyone needs to do now is to wait for the Alabama authorities to make their move in legalizing sports betting.

Poker Around the World: the Best Tournaments

Poker has always been considered as one of the most popular games out there, but over time it has become more than just a pastime. Every month thousands of poker tournaments are held in every corner of the world. Gamblers win the pot by merely playing their favorite game. And we know you’re already excited! […]

When it comes to sports betting, nobody can beat Jon Price! This outstanding guru has built his fortune on a flawless system that allows him to predict the outcome of any sports event. His natural talent and charisma have led him to the very pinnacle of the gambling world, catapulting him to various leading positions […]