Celebrities That Won it Big at Casinos

Just so you know, there’s already a jaw-dropping number of celebrities throwing away tons of their colossal earnings at casinos. Just imagine: your precious idol actually going to a casino! Surprise surprise! And we bet you’d be pretty baffled by who precisely among your movie and music icons is the one drooling over all these exciting casino table games and fluorescent slot machines. Let’s take a closer look at their best casino stories!

Mila Kunis’ lover used to be part of the largest sports betting organization in the USA. Kutcher admitted that his betting had been a total fraud because he was involved with professional sports bettors who were already quite knowledgeable about how the system worked. All in all, the cute star managed to clear $750,000 on betting! Well, this really does go to show that looks don’t always tell us whether or not a man can be fully trusted. 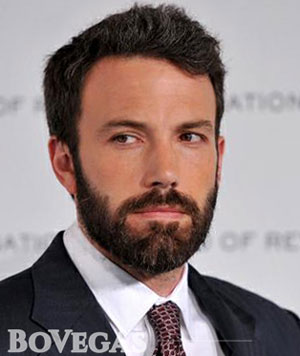 The “Pearl Harbour” world-class star is not only good at embodying fearless heroes in action movies, but also at performing with genuine mastery in blackjack games. Ben’s peculiar acumen led him to win the California State Poker Championship in 2004; so this proves that even a drinking problem can’t prevent a luck-driven celebrity from making it big at a casino! However, exceptional shrewdness and sheer luck can’t cover each pitfall a gambler stumbles upon during their experiences: Affleck was kicked out of a blackjack game because he was allegedly cheating.

His attempt to bring down the Hard Rock casino resort in Las Vegas failed with a friendly tap on a shoulder of the security guy and a phrase: “You are too good in this game.” This could be perceived as the best possible compliment for a cardsharp, but not in this particular case. Now pit bosses and waitresses have lost their most profitable client, who once gave $145,000 away to the casino stuff during one lucky night! His biggest Blackjack win was an astonishing $800,000. Well, the actor should’ve worked better on learning how to conceal his scammy performances! But currently, he’s trying his luck with horse bets anyways. 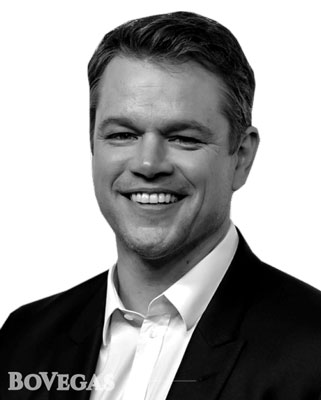 To prepare for his role in “The Rounders,” Damon got himself into big poker spending: up to $25,000 at big games! However, something tells us that “Private Ryan’s” gambling trips weren’t just some thoroughly planned experiences for the sake of familiarizing with the art of poker for his role; rather, they were the first signs of him falling deeply in love with this famously appealing game.

It all adds up when you finally get to know that Matt was frequently accused of illegal gambling at secluded venues and closed hotel rooms! What’s more, his winning records are not publicly available.

It turns out that this sweet but fearless Spider-man from time to time takes on the more down-to-earth hobby of a confident gambler who, similarly to his screen fellow, has been getting it done at the end of the playtime. Since 2004, Tobey has been involved in dozens of poker games and online casinos where he managed to win it big as many times as he has actually laid down his chips!

This charming actor is believed to have won over ten million dollars in poker alone. However, Tobey still couldn’t get enough of the game. He got involved in illegal gambling and eventually faced the obstacle of a serious lawsuit. Nevertheless, the game was worth it because our “friendly neighbor” still tended to win more than $50,000 in one night with some real consistency.

Nothing can come close to the magnificent Jennifer Tilly! Her passion for poker appeared in 1989 and blossomed during the Texas Hold’em boom in the 2000s. Accompanied by her champion husband Phil Laak she managed to win the 2005 Ladies’ No-Limit Texas Hold’Em event, beating 600 competitors.  It became evident that she wasn’t lead by sheer luck, but it was her skills that helped put her on the top of the poker world. She owns a WSOP bracelet; one which brought her more than $750,000 in winnings. So far, her biggest single win is $158,625, and this innocent-looking lady doesn’t seem ready to stop yet! She is familiar with most variations of the game, and we bet you would enjoy her star company at the playing table.

Bruce Willis not only enjoys blowing up skyscrapers in Die Hard movies, but he also plays hard! Although it goes without saying that this tough guy never gloats about his wins or whimpers about his losses. Rumor has it, he once snagged $500,000 in baccarat in Atlantic City. During the legendary Floyd Mayweather vs Conor McGregor fight night, Bruce was shooting near the craps table at MGM Grand. Still, his biggest win ever disposed to the publicity was back in 2003. A fan of his noticed the actor at Route 66 Casino in Albuquerque, New Mexico. The star had just finished second-tier playing den and bought in for $5,000 in craps. Running his stake up to $9,000 – Willis cashed out for $25,000, proving that he can shoot as good at the craps table, as he has been doing in movies.

Rap and hustler ambitions are not the only thing that 50 Cent is famous for. The size of the golden chain around any hip-hop artist’s neck is nothing in comparison to this man’s outrageous bets on sports! When New York Giants beat the San Francisco 49es – Fiddy gained $500,000 profit, showing off in social media with the scarf made of cash. Just when you thought it was impossible to step into the same river twice, 50 is gonna prove you wrong! And he did precisely that: because this time, he wagered a full million on the Giants entering Super Bowl XLVI. The victory of his beloved team brought Fiddy loads of cash “straight to the bank.” The same thing happened with boxing matches, where 50 got his biggest $1 million winning.

More recently still, his betting talent has been unveiled in the cryptocurrency game. Fiddy has accumulated as many as 700 Bitcoin from his Animal Ambition sales. Being one of the first people to accept cryptocurrencies turned out to be extremely profitable. Now, 50 owns around $7 million in Bitcoin; and the funniest thing that he even didn’t have a clue that he had been dealing with it for a long time. When he eventually found out what had happened, he couldn’t help but brag about it everywhere! Well, wouldn’t you?! But now he gambles on cryptocurrencies, every bit as well as good as he does on sports.

Are Your Big Winnings at Casinos Taxable?

Taxes on Gambling Winnings Picture this: you`re entering a casino and determined to win. You are sure of your future financial success. Then the most unbelievable thing happens, and you win a tremendous sum of money. Even though this beautiful image is in your head, you need to think about what you would do with […]