Psychology of the Roulette Player 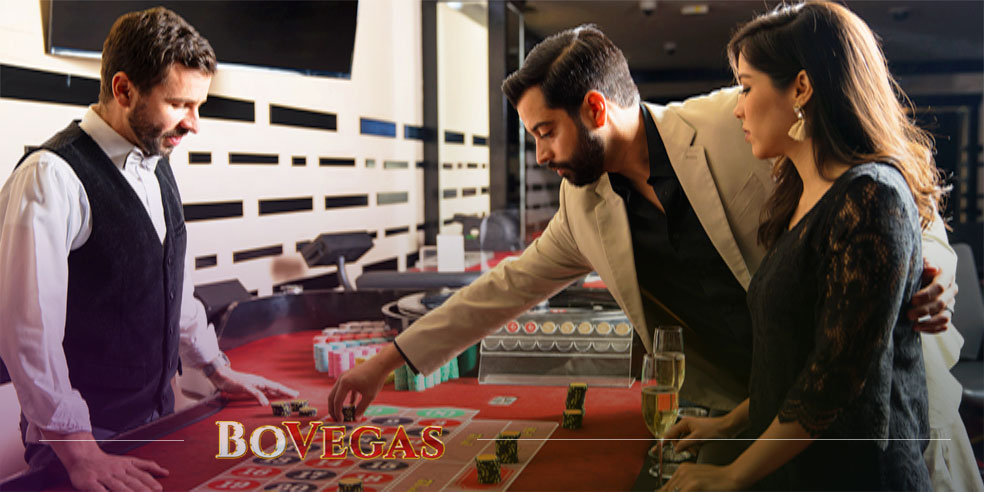 Games of chance give goosebumps to many players, and roulette definitely stands out from the crowd! The odds are quite high when you know that the outcome depends purely on luck.

Roulette games have always been around in each and every casino, attracting millions of players to place their money bets on Red or Black. By now, this French invention of the 19th century has spread all over the world, acquiring various alternative forms along the way. From the traditional roulette table to the online casino, everyone can spin the wheel and try their luck!

Despite the fact that roulette is popular with both experienced and novice gamblers, its reputation has always been under something of a shadow. Even though movies and popular literature depict it positively and in very vivid colors, there are still some established superstitions concerning the game itself. Commonly found among those who get too excited with it all! So in order to crack the ice of misunderstanding and rejection, we decided to dive into the depth of the psychology of roulette players. What makes them so special? And what troubles them the most when the croupier spins the roulette wheel?

Why People Do This?

The most common reason for taking up roulette is to have it all by a single win. Frequently the house edge is low, and every player dreams to reach the goal in an overnight. Powered by adrenaline and excitement, people wager their money to become rich.

Another reason to play the roulette is the simplicity of the rules. There are no huge blueprints to read or dozens of strategies to memorize. Its basics are easy to grasp and everyone can understand it from the first glance. The odds of winning for rookies are the same as for the professional punters. When the entrance ticket is the same, the playing journey becomes more fun for everyone.

Roulette challenges our inner gambler, who in turn questions the house edge! Leaning on our gut feeling and sheer luck, were always trying to beat the house edge, so we can finally walk away as a winner! So this is yet another reason why people adore this game. Sharing this feeling helps us to pursue our goal.

Very often bad gambling behavior is explained from the position of the seven deadly sins. Some deviations of the roulette players’ psychology may be found within this concept. Of course, not all of these sins are reflected in the game, but they do influence the player’s emotions. 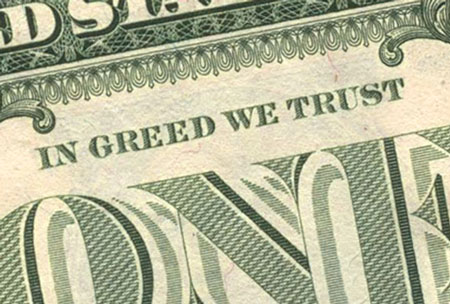 Playing big implies the chance of losing big as well. However, many gamblers forget about this. So if you ever stake it all on Red or Black and win, don’t flatter yourself. This doesn’t mean that you’ve finally grasped it! Otherwise, you’ll risk ending up with an incorrect winning pattern and wager more. In the end, your bankroll may be drained by the misleading perception that luck is on your side. Gordon Gekko’s “Greed is good” is a stop quote when it comes to playing roulette. Set up the maximum stake and play it right. Don’t be fazed out by the losses if they happen. Good things come to those who wait and who follow the more abstemious way of betting!

These two sins are very common among roulette players. Because of the fact that the action takes place in the crowd, someone’s luck may spoil your mood, especially if you have a losing streak. Suppose, you have decided to play the outside bet, but you witness someone constantly winning on the straight up bet. Blinded by jealousy, you may change the betting strategy and still lose in the end because even if the odds are high, the chance to get the winning number is quite slim.

Once the ball landed where you wanted, the chance to become an arrogant player increases significantly. Pride never helps to reach the goal. Don’t try to overestimate your importance and luck.

Even if you bet black or red, the chance of winning/losing is 50%, and there is no guarantee that you may have constant wins. Chasing long-lasting success in roulette may turn into a real-life nightmare. When facing too many losses, players may overheat their nerves and turn into blabbering buffoons instead of staying cold-blooded professionals. This “tilt,” in gaming parlance, may distract punters and make them change their initial strategy and behavior. If you feel too much anxiety over the game, step back and avert the hot wave of wrath.

We are all connected to something: people, job, money, etc. Real freedom comes to those who get rid of the boundaries in their head. Loosen your grip on the material aspect and try to catch some real fun vibes!

There is a vast variety of theories aimed at undermining the statement that roulette is a game of chance. Gamblers come up with an astounding amount of trade-offs while trying to explain their success.

One such common superstition is a “lucky number.” There is no proof that certain numbers bring more luck than others. Still, many players believe that birth dates of their children or a wedding date may help them win. In addition to that, they may use lucky clothing or amulets, but it all sounds like medieval times.

Searching for a trend in roulette is another useless thing to do. If someone tries to convince you that certain predictions can be made based on the previous spin, then you can be sure this is a common misperception. Logic is powerless when people try to morph some kind of consequence when the wheel starts spinning. For example, if the red came out more often than black, then it is better to bet on red. Nobody can offer any kind of plausible reasoning why this might be so, but be sure there will be people holding their ground and insisting on betting on red in such a situation!  The “sleeping number” is the one nobody uses, but it will certainly pay off if you bet on it! In fact, there are no sleeping or awakened numbers in roulette. Also, the betting systems are no good for an average player. Play from spin to spin, and don’t try to catch success in the long run; as this will simply put you out of funds!

Don’t follow any superstitions, as they are not effective, and they will distract you from the real pleasure of the game. It doesn’t matter if it is an online roulette or real-life one, the odds are always the same, and they don’t depend on any kind of complicated calculation!

Roulette has become a victim of confirmation bias, because for many years pop culture has been pointing out only the negative aspects of gambling behaviors, going on to base its stories on harmful myths. The psychology of the players is very simple, and it really doesn’t differ from the logic of any other poker player or craps shooter. Sometimes they may stumble over superstitions or misleading strategies, but in the end, everything depends on the ability to control yourself and understand the situation at the table correctly.

Don’t look for common complicated psychological patterns; just enjoy watching that ball rolling, while you are placing your bet!

Related Posts
What Are Your Odds of Winning in Casino Blackjack
Gambling in France
The Story of How Las Vegas Was Created
Top 15 Land-Based Casinos in Australia
Tags: Casino, Gamblers, Myths, Psychology of gambling, Roulette
Popular Posts
The History of a Card Deck and Its Symbolism
42981 views
The Biggest Casino Wins of All Time
36249 views
Insightful Baccarat Guide
25696 views
Roulette and Probability Theory: Math That Gets Interesting
20101 views
Top 10 Movies About Lottery Winnings
19752 views
Last Posts
Origin of Casinos and Their Development Up to Present Days
869 views
Greyhound Racing: History, Interesting Facts, Betting
722 views
How Will Casinos Look in the Future?
796 views
History of Gambling In Ireland
699 views
The Symbolism and Spirituality Behind the Card Deck Suits
809 views

Russian Roulette: Truth About the Game of Chance

You’ve probably heard about standard American, European, and French Roulette. But haven’t you forgotten about another important one — a crazy game of chance that can’t be played at any casinos, Russian Roulette? This brutal yet entertaining (for some) form of roulette doesn’t involve a classic roulette wheel. Instead, the game is played by spinning […]

There’s no doubt that Las Vegas should be on every gambler’s bucket list. Along with other meccas, like Macau and Atlantic City, the bright neon lights, electric atmosphere, vibrant nightlife and the promise of life-changing jackpots seduce gamblers all around the world. However, just because you’re an avid gambler doesn’t mean you need to be […]