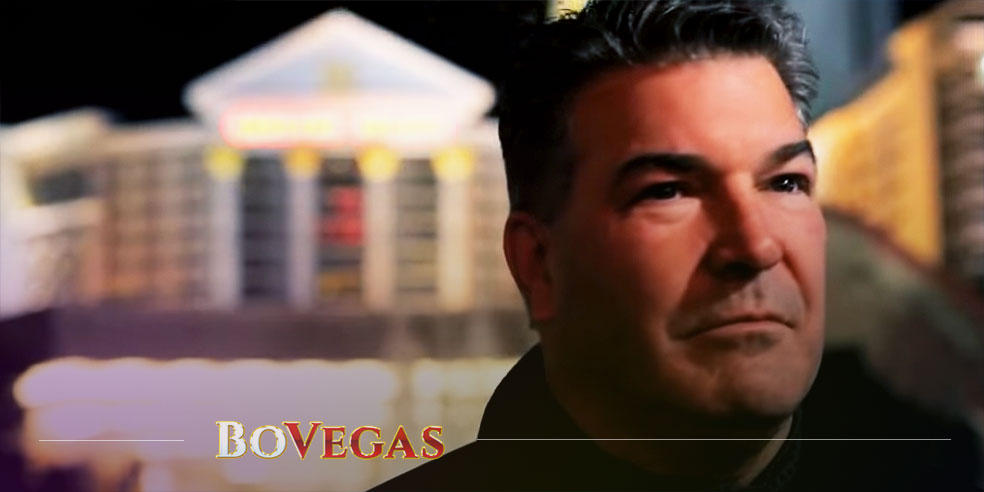 Don Johnson (the gambler, not to be confused with Don Johnson, the actor) made it into history in 2011, when he won more than $15 million. This is one of the best windfalls in gambling, but the really outstanding fact was that he did not win this money from other gamblers, i.e. facing his opponents live or virtually. No, he won this money from playing blackjack in Atlantic City casinos. And what is more amazing, he got away with it! There are not so many real casino stories with such an ending.

Don Johnson grew up submerged in the atmosphere of horse racing and was trained to become a jockey. In 1992, at the age of 30, he was hired to manage the Philadelphia Park racetrack. His career path was pretty normal. He also managed other racetracks and then worked as a state regulator in different states. However, in the early 2000s, while working these various jobs, he developed some ideas regarding computer-assisted wagering to be used in horse race betting. He found a perfect partner in Heritage Development, a company focused on modeling software to accurately forecast horse racing results. Johnson made good money on this lucrative deal, all the while playing blackjack, gradually building up his reputation as a high-roller.

His moment of glory came in 2010. The wave of the global financial crisis overwhelmed many casinos, including the famous east coast ones located in Atlantic City. In search of a chance to stabilize their financial situation, these casinos tried hard to lure high rollers to play high stake games. At their own risk, they lured Don Johnson.

Already a well-known high roller, he made several small changes to the standard casino blackjack gameplay. The casinos agreed that the dealers should stay on soft 17 and also that a 20% refund would be granted to Johnson in case he lost more than $500,000. The deal included re-split aces, six decks, and some other arrangements.

This 20% refund agreement is worth separate attention. Did Johnson insist on that clause just to be on the safe side in case he lost? Or was it just a smokescreen to delude the casinos because he knew he was not going to lose? Or, maybe, both? These questions remain without the answers. 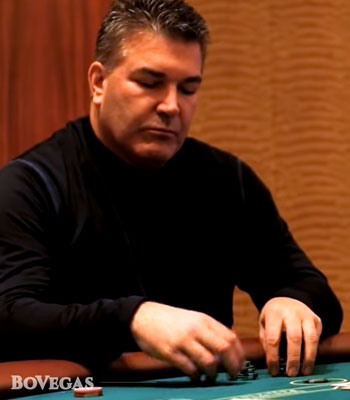 It was only the beginning. The epic run continued. Tropicana lost about $6 million, Borgata lost $5 million, and Caesars gave him $4 million, which was serious damage to the casinos’ bottom lines, especially noting the tough circumstances they were in. Johnson kept on wagering 6 figures per hand, and in the end, his total profit was about $15.1 million.

Caesars’ patience had finally run out, and they banned Johnson from playing, which can be considered a sign of great honor for every gambler – being banned from a casino for having flayed it. However, Tropicana and Borgata never gave him this honor. The only thing they did was refuse to keep on playing under the conditions he had proposed. Johnson was also banned from Trump’s Taj Mahal Casino after winning only $220,000.

His appearance on the Caesars’ casino floor was quite remarkable: a well-built, 53-year-old man accompanied by two younger men and two attractive young women, who were making small bets and providing a distraction. Johnson had given them some money to play and instructed them to jump in when he wanted to get rid of unwanted cards and to jump out when he wanted the cards. In less than three hours, Johnson won $1.5 million.

He knew well when enough was enough. Having noticed that the casino personnel were already thoroughly alarmed, he stopped playing and took his entourage for dinner at Morton’s Steakhouse. It must have been quite a dinner, with Chateau Margaux and all kinds of everything, as the bill was said to exceed $4,000.

After that, he came back to finish Caesars. On his way back, he and his company stopped at a nightclub and left with a flight of girls. This noisy get-together, along with alcohol, had made it even more difficult for the casino personnel to figure out what was going on. Within the span of the next seven hours, Johnson further increased his winnings to a record-breaking $4.23 million.

Of course, the management called the boss, but Johnson had cleverly scheduled his escapade. The boss was out, traveling to London. When the manager called and said that Johnson was ahead by four, the boss thought it was $400,000 – not $4,000,000.

How to Win Millions Playing Blackjack

There have been many attempts to gain an advantage over casinos in blackjack. Usually, the casino staff spots the advantage player relatively soon and politely asks him to choose any other game. That is why such wins as Johnson’s are more than rare. However, in the fall of 2010, too many factors coincided to contribute to his fantastic run. The most important one must have been the combination of the casinos’ greed and the tough financial situations they were in.

But there was one more interesting thing needed to understand why Johnson had managed to crush the casinos; why his wins were so big and why the casinos failed to prevent this damage. It is all about reputation. Johnson invested a lot of time and money in building up his reputation as a very rich, gambling person who loved to go on wild spending sprees. He played to be an arrogant baller, successful and accomplished, but not very clever. It must have been just a part of the plan, very well-played with all these limousines, expensive flights, befriended superstars, parties, nightclubs and bottles of the most expensive and rarest Champagne. He pretended he was an ideal candidate to be the best possible casino patron, and the casinos eventually mistook him for the one. That was a costly mistake.

The famous ‘duck principle’ did not work: if it quacks like a duck, walks like a duck and looks like a duck, then it probably is a duck. Actually, it was not. He had also brought down houses in other gambling locations before the casinos began to realize that it was not a duck at all.

Although Johnson claimed that these winnings did not change his life very much, he was seen paying more than $200,000 for Armand de Brignac Champagne and partying quite heavily, with Bon Jovi and Pamela Anderson as his dear guests.

The long-awaited war against the Army of the Dead may have finished after episode 3 of the exciting final season of Game of Thrones; but as the latest episode unfolded this week, the story took some unexpected turns (spoiler alert!). With the culmination of episode 4, things are starting to heat up even further, as […]

Roulette Cheats That Have Actually Worked

Before you even consider cheating in a casino, read this article. You may also want to find out more about different roulette cheaters, what they did and the consequences of their cheating. As famous Italian singer Andrea Bocelli said, “…nothing happens by chance. Even the idea of the ball in a roulette game: it’s not […]