Top 5 Highest Wins in the History of Las Vegas 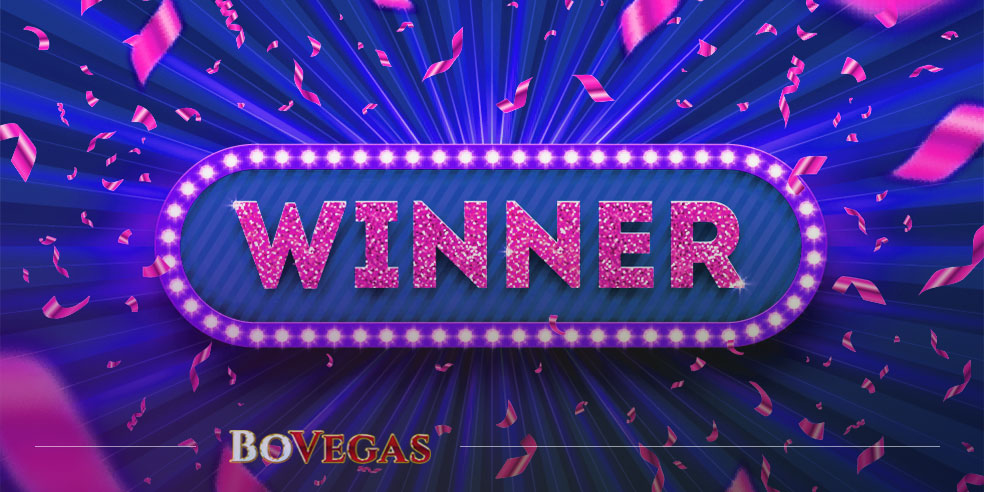 All of us have dreamt of winning it big in Las Vegas, and since not everyone had an opportunity to play at its famous casinos, we decided to create a list of the ones who did and became famous. In Las Vegas, dreams come true, and it is never too late to give it a try! We wish you good luck!

A 25-year old software engineer from L.A. won a million-dollar jackpot from a bet of $100 on the Megabucks slot machine at the Excalibur Casino. He decided to stay anonymous and take his winning in yearly payments. He came to the casino just to kill some time while he was waiting for a basketball game.

In 2000 a cocktail waitress Cynthia Jay Brennan from Las Vegas who worked at Monte Carlo casino won a surprisingly big amount of cash on Megabucks. She was rarely seen gambling, but occasionally she tried her luck at the slot machines. She went to the Desert Inn Hotel and Casino to celebrate the birthday of her boyfriend’s mother.

After a meal, she tried her luck out at the Megabucks slot machine and to her great surprise, after betting $27, she hit the jackpot! She celebrated a luxurious wedding ceremony and was preparing for a long happy life of riches when a tragic event happened in her life. A few weeks after her marriage, she was driving with her sister in Las Vegas, and her car was hit by a drunk driver’s car. In that accident, her sister died on the spot; while Cynthia got paralyzed from the chest down and could not walk.

Baccarat and Blackjack $20 Million to $40 Million

Not all the big wins happen at the slots; a good example of this is Kerry Packer, a billionaire from Australia. He went to Las Vegas in 1997 on a trip, where he won somewhere between $20 and $40 million at the baccarat and blackjack tables. One night he tipped $1.3 million to the dealers only! However, his luck didn’t last long, as two years later he lost $28 million in a casino in London. 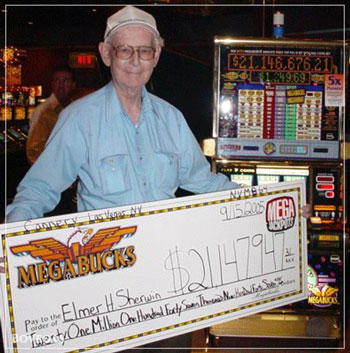 Now, this has only happened once in the entire history of Las Vegas: Elmer Sherwin was the lucky man who won two jackpots on Megabucks! First, he won it big in 1989; he got $4,6 million playing Megabucks. 16 years later at the age of 92, he won another big jackpot of $21,1 million in Cannery Casino & Hotel in Las Vegas playing Megabucks again. The World War Two veteran humbly donated a lot of his winnings to various charities and to the survivors of Hurricane Katrina and to his family.

In 2016 a woman from Hawaii won it big after betting only $3 on a Megabucks Wynn Wheel slot machine. This lucky duck asked to stay anonymous. She won almost $11 million on a game created specifically for the Wynn Resort; that particular Megabucks Wynn Wheel features a portrait of Steve Wynn! As Hawaii imposes a tax of just 11% on all casino winnings, only $1 million ended up going to the state.

Big wins in casinos start from $1.200; any win of that amount or more will trigger a W-2G form, because you need to report your winnings as part of your income. Some casinos can withhold 28% of the taxes for the IRS. If you win $5,000 or more you need to pay more; for these situations, the taxes that can be as high as 40%!

There are several best casinos where you can win at different games. The best casino for sports betting is Caesars Palace, the best for slots is ARIA, the best for poker is Bellagio, while Golden Nugget offers the best diversity of table games.

The biggest jackpot hit on a slot machine was $39.7 million; this belonged to an IT worker from L.A., who won the money on Megabucks at Excalibur in 2003. He chose to receive his money in 25 yearly payments of $1.5 million.

The most popular slot is a progressive slot called Wheel of Fortune.

There is no way the casino can ban you for winning, although some big jackpot winners in table games reported that they were banned in some casinos, which was disputed by the casino owners afterwards. And one case where the casino will most definitely ban you is for cheating. If you get caught cheating, the casino will get you escorted to the exit with prior getting your name and picture. But there are ways the casino slows down the winning players: the floor manager may ask for the player’s ID or to step away from the table to answer a few questions, or a casino host may come over to congratulate the player, give them comps and direct them towards a more difficult game.

Leonardo DiCaprio bluffing against a Russian mobster. Looks like a movie scene? Wrong. It’s a common situation in Molly’s game room. Unfortunately, it no longer exists but what a life it was! Why do Hollywood movies happen IRL, why did a perfect plan fall apart and, most importantly, why should you never do things like […]

How to Behave in a Casino

Most casinos have a unique and mysterious atmosphere, which is always associated with huge winnings and life-changing decisions. Some players might spend thousands of hours (and dollars) in a casino, so they know the environment and its rules inside and out. But if you are a new player and you want to test your luck […]

We bet that the idea of moving to Las Vegas, a place of endless fun and entertainment, has popped into your mind at least once in your life. Quite often in search engines, you can see the query, “What celebrity was born in Las Vegas?” Indeed, quite a few A-list celebrities and social media influencers […]