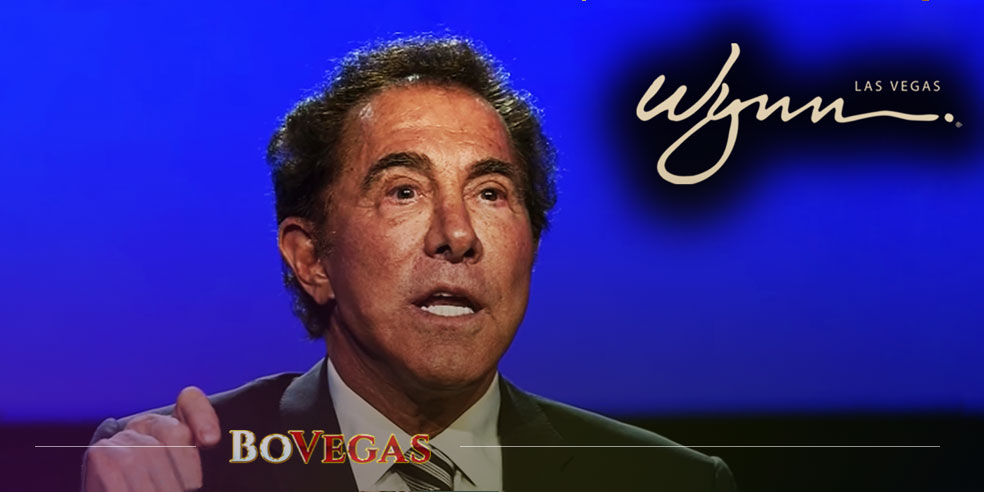 Steve Wynn’s incredible contributions to the Las Vegas casino industry are beyond dispute. Las Vegas was around long before Wynn, but only he managed to raise the casino’s success and bring it to a whole new level.

Today, the name of Steve Wynn is proudly associated with the term ‘casino mogul,’ a term which clearly recognizes the very special kind of hospitality, recognition, and even more importantly, the understanding of basic human needs he brought to his casinos. Wynn is the Steve Jobs, Pablo Picasso, and Quentin Tarantino of the gambling world. So, let’s take a closer look at how he became successful!

The Star Is Born

This American billionaire was born on January 27, 1942, as Stephen Alan Weinberg. His father controlled a series of Bingo halls in the east of the United States, which clearly made a major impact on the young child. In order to prevent anti-Jewish discrimination, Steve’s father took his wife’s family name ‘Wynn.’

Steve first entered the gambling world at the age of 21, when his father passed away from heart disease; and he took charge of his father’s Bingo Parlor, which had over $350,000 in gambling debts. Through his skills and his relationships with old clients, Steve saved the business and managed to pay his father’s debts off.

Wynn’s first steps towards success started when he bought a three-percent stake in the Frontier Hotel and Casino on the Las Vegas Strip. Furthermore, he loaned $30,000 from a Las Vegas bank to purchase another two percent. This is when he understood the point that if you want to actually earn money from a casino, you need to own one!

The money Wynn has earned from the Frontier casino, along with the cash he gained from his side job, allowed him to buy his own casino — Golden Nugget. Not only was it a huge success when he renovated and developed the casino, but when he made up his mind to sell the Nugget, Wynn ended up with $440 million in his pocket!

The first significant casino on the Vegas Strip was The Mirage resort, which Wynn has successfully designed and entirely constructed with its own funds of $630 million. It was one small step for the man, but a giant leap for the Las Vegas Strip.

Despite the fact that the investment of half a billion dollars posed a serious risk, the construction of the casino with a South Pacific theme and realistic erupting volcano made a huge contribution to the history of the Strip.

His next family-oriented project was Treasure Island, a casino resort located just next door to the other one just mentioned; excitingly enough, this was the home of the first Cirque du Soleil show in Las Vegas! A big queue gathered at the opening of the casino, where all the resort visitors were greeted by a free pirate show. However, the pirate skull didn’t attract many visitors for the weekend; so in 2003, Steve spent over $150 million for the purposes of comprehensively renovating and redesigning it.

In 1988, the most expensive casino of its day finally opened its doors to crowds of eager punters who were craving their big wins. Wynn raised the standards of casinos to a higher level, spending more than $1.6 billion on the improvement of Bellagio. And with its luxurious fountains and an 8-acre artificial lake, the casino has become one of the most visited spots on the Vegas Strip.

Eleven years later, Steve launched the largest hotel-casino in the States outside of Nevada — Beau Rivage. Initially, the name of this casino was meant to be Bellagio, but he changed his mind after a voyage to the Italian region with the same name.

In 2000, Wynn decided to sell Mirage Resorts to MGM Grand Inc. for a cool $6.6 billion, which formed the MGM Mirage. Besides the Mirage, MGM owned Treasure Island, Bellagio, Golden Nugget, Beau Rivage, and a half share of the Monte Carlo.

Only a month before the deal is closed, Steve purchased Desert Inn Resort for $270 million to form Valvano Lamore, LCC, a 614-foot resort. The former project name was ‘Le Rêve,’ meaning ‘the dream’ in French, but it was changed eventually to Wynn Resorts. This is how, two years later, Wynn Resorts came into being and finally opened its doors to the public.

In 2004, Steve Wynn turned into a billionaire, when his net worth doubled and soared to $1.3 billion. A year after this, on his wife’s birthday, he opened the most expensive resort of the time, which he built for $2.7 billion. The Wynn Las Vegas, formed on the site of the Desert Inn was the largest privately funded construction project. Among luxurious clubs, restaurants, and hotels, the casino included the Wynn Golf Course, the only golf course on the Las Vegas Strip so far.

Steve Wynn continued to expand his resorts not only across the United States, but also globally. His global expansion started in 2006 when the businessman opened the Wynn Macau in China. Two years later, a luxurious hotel and casino resort in Macau received the Mobil Five-Star award.

Wynn Las Vegas celebrated its first anniversary with the construction of a second hotel tower — Encore Suites! After two years of development, the 60,000-square-feet resort quickly became a luxury complex capable of attracting thousands of visitors, especially given its exciting combination of European and Asian design influences.

In 2010, the opening of Ecore Macau was announced as an expansion to Wynn Macau, similar to the Wynn Las Vegas resort.

A couple of years later, he received permission to build a resort in the Cotai Strip in China. And so it was that Wynn Palace finally came into being, featuring 420,000 square feet of the casino space, worth $2.3 billion. According to Forbes magazine, Wynn Palace became one of the ‘20 Most Anticipated Hotel Openings Of 2016.’

Sexual Misconduct Claims And the Consequences

Harvey Weinstein, the movie mogul, gave rise to a wave of news reports about sexual allegations against famous men, a phenomenon which came to be known as the ‘Weinstein effect.’ This effect triggered a Me Too movement, encouraging women to share the stories of their assaults. This wave of sexual misconduct allegations affected hundreds of powerful men in media, politics, the arts, and many other industries. And the wave finally hit Steve Wynn in 2018!

The Wall Street Journal published a detailed investigation citing dozens of sources in which former Wynn employees claimed that a billionaire had sexually assaulted them when they were employed by him. The Journal reported that this activity had gone on for decades, and some employees had even complained to the supervisors, but that former executives of Wynn Resorts had covered up the misconduct attributed to this casino mogul.

Although Steve denied all the allegations, the story made his position increasingly shaky, and he was forced to step down as the CEO of Wynn Resorts.

But these sexual harassment claims didn’t just affect Wynn’s casino business. In January 2017, when Donald Trump became the 45th President of the United States, Steve Wynn held the position of the finance chairman of the Republican National Committee. However, his tenure lasted only a year. Shortly after the allegations, he resigned.

Furthermore, the University of Pennsylvania, where the businessman received his bachelor’s degree, didn’t ignore the problem: on the contrary, they went so far as to revoke his honorary degree and remove the ‘Wynn Commons’ sign from the campus.

According to Forbes, Steve Wynn is listed among Billionaires 2019, with a real-time net worth of over $3 billion.

Although he has been silent since the sexual scandal, some reporters have spread rumors about him allegedly shopping for more land in the Las Vegas Strip. Although this does raise lots of questions, we shouldn’t underestimate him. Imagining the casino industry without Steve Wynn’s involvement is like imagining the sea without seagulls — absolutely impossible!

What You Need to Know About Steve Wynn

The Wynn Las Vegas was opened in 2004 for $2.7 billion. It was formed as a result of the purchase of Desert Inn Resort for $270 million. The former name was ‘Le Rêve,’ but the billionaire changed it to ‘Wynn Las Vegas.’ The casino has fancy restaurants, night clubs, hotels, and the only golf course on the Vegas Strip.

Steve Wynn, an American billionaire, no longer owns Wynn Resorts. In 2018, his former employees claimed that the casino mogul sexually assaulted them. After these allegations of sexual misconduct, the illionaire was forced to resign as the CEO of Wynn Resorts. However, he denies all the accusations.

Bellagio, the most expensive casino on the Vegas Strip, was opened in 1988 at a cost of $1.6 billion. Wynn did everything possible to make Bellagio the most visited place in Las Vegas. The 2,000-square-feet resort is owned and operated by MGM Resorts International.

Many people around the world like to spend their free time in a fun and relaxing way. Some of them prefer to play sports, while others like to watch TV shows and movies. But there is a group of people who enjoy spinning the wheel and waiting for the desired combination on the screen as […]