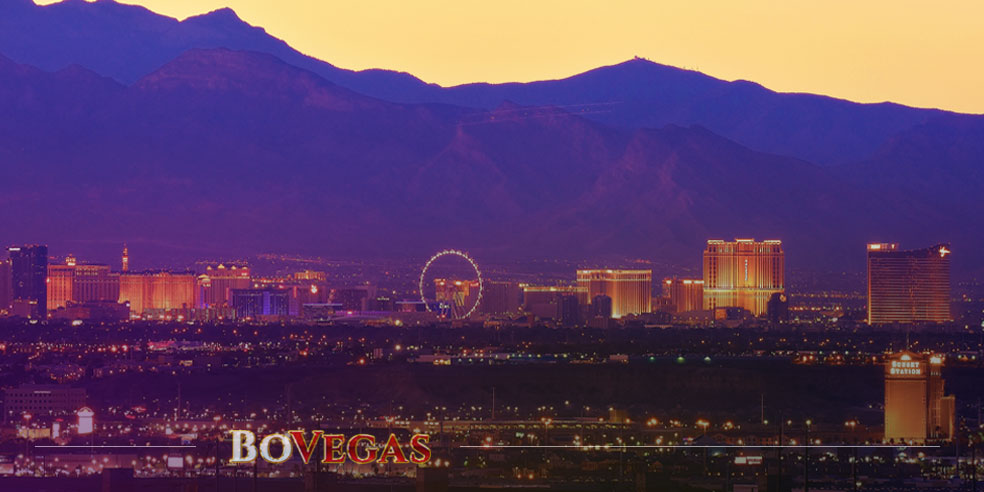 Las Vegas was founded back in 1905. And by now, it’s the largest city in the state of Nevada, with a population of over 2,200,000 people. Throughout the 20th century, the city was rapidly growing bigger and bigger, as one of America’s most-visited resorts. And nowadays, Vegas is widely known as the world’s capital of casino gaming. In the second half of the century, it had become a famous gambling mecca that hosted many international tournaments and was annually visited by millions of Americans and foreign visitors. Little by little, Las Vegas obtained a reputation for being the world’s busiest casino city. And so its central boulevard, where all the casinos were located, turned into a powerful muscle that managed to pump up the Vegas economy, as the demand for entertainment was growing higher and higher over time. This legendary street is called the Las Vegas Strip, and now we’re going to tell the extraordinary story of this amazing place!

In the late 19th century, one of the first settlements ever appeared on the territory of the Mojave Desert, which is now well known as Las Vegas Valley. For many years, this small settlement mostly served as a transition point for merchants and travelers that were heading to the booming state of California, who were either looking for employment or conquering new markets; and often both!

However, in 1905 the territory of the Las Vegas Valley was rapidly settled, because of the construction of the new railroad that now provided a link between Los Angeles and Salt Lake City. The newly-settled desert city was provided by pumping water through the newly-built pipes system; and so it was that the very first farmers started moving to the region. And by 1911 Las Vegas, had already been officially incorporated as a new city on the territory of Nevada.

The Legalization of Gambling in Nevada and First Vegas Casinos 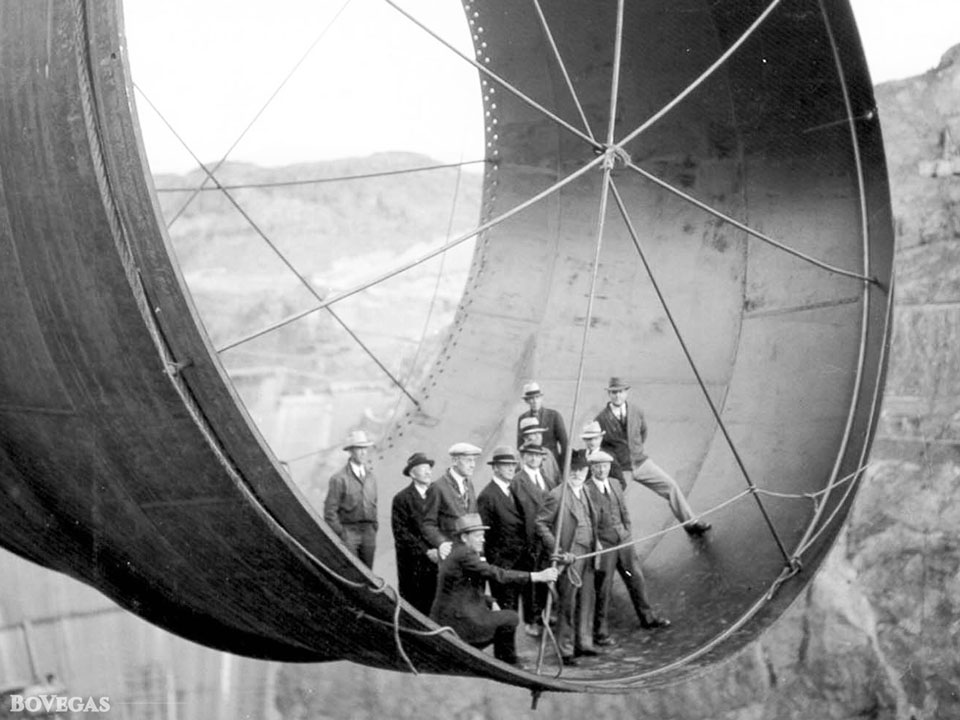 In 1931 the construction of the Hoover Dam was officially launched. Many workers from all over America moved to the city of Las Vegas. Back in those days, there were not too many recreational sites in Vegas, so illegal gambling and illegal liquor trade (Prohibition era ended in 1933) flourished all around the city. Noting the profitability of gambling venues, the Nevada state officials decided to legalize casinos in the state, so the first licenses were issued already in 1931. 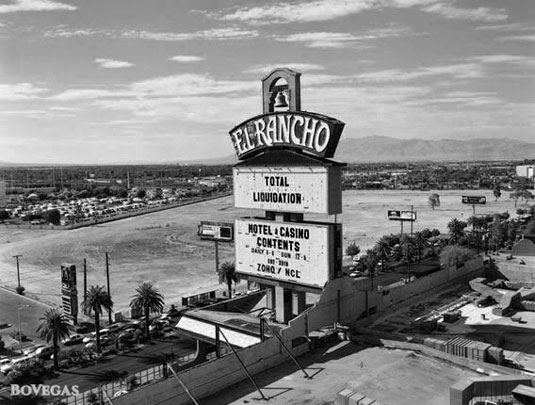 The first-ever casino that was opened along the Las Vegas strip was called El Roncho. The first visitors entered its luxurious halls in 1941. This plush hotel-casino featured over 100 rooms, Spanish-style design, a large dining room, a theatre, blackjack, roulette, craps and 70 slot machines. At the time of construction, it cost its owners about $500,000, which was a huge investment.

The second Strip casino was already opened in 1942. It was called Hotel Last Frontier, and nowadays it’s remembered as one of the cult casinos that defined the style of the Strip. Hotel Last Frontier existed for more than 60 years and was shut down in 2007. Hotel Last Frontier featured essential cowboy style design with attractions like bull-riding and mud wrestling. In the early 1950s Hotel Last Frontier became the first Vegas hotel that hosted the performance of Elvis Presley, which gained this casino an undeniable cult status.

Even though El Roncho and Last Frontier were fairly big and luxurious even by modern standards, they couldn’t compete with the real giants that started growing along the Strip soon after them. In 1946 the $6 million-worth Flamingo casino-hotel was presented as the Vegas most luxurious resort. Needless to say, that the title was completely justified by the enormous splendor and poshness of the place. 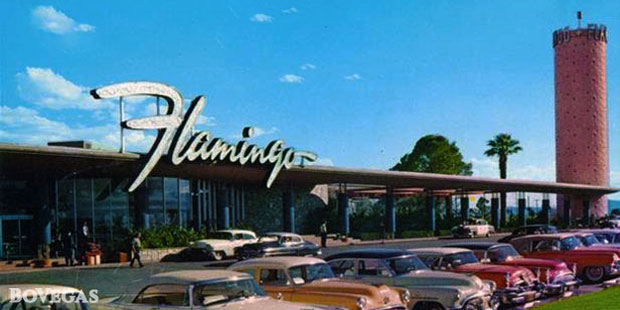 In 1950 the legendary Desert Inn casino was opened. This opening was one of the Strip’s landmark events because it was one of the first places that offered its visitors such a rich and lavish entertainment program that featured performances by the 50th most prominent dancers, singers, magicians, trapeze artists and comedians. Even though the legendary casino hotel was shut down and demolished in 2000, it is still remembered and honored as a place that hosted such prominent performers as Frank Sinatra,  Bobby Darin, Liza Minnelli, Jimmy Durante and many others.

Generally, the 50s are considered to have been the Golden Age for Vegas strip since many of the greatest casino-hotels were erected during this decade. By the way, the cult Las Vegas sign was actually constructed during this period – more precisely in 1959. Most of the 50s casinos were successfully operating till the 90s and 00s, when many of the Vegas resorts were bought by big international corporations. Many of these casinos from the Golden Age period were closed, in order to replace them with some even more ambitious high-rise hotels that were able to host three or four times more visitors.

Today, there are 51 casinos along the Vegas Strip, while some new projects are also in the latest states of development. And you can can easily figure out, the Strip has never been so busy and so high-end as it is right now. These newly built Megacasinos, normally worth several billion, are being launched from scratch, and they feature the world’s most luxurious resorts, shopping malls, concert halls, restaurants: and of course, casinos! However, investments made in the gaming business today produce revenues that are no less incredible – the 4 most profitable Vegas casinos generate an annual revenue between 1,69 and 1,13 billion dollars.

Each year Las Vegas is visited by approximately 43 million people, and the main attractions are all located along the 4.2 mile-long street that is called Las Vegas Strip. For most tourists, it’s not only a venue where they can play any slot or table game that may come to mind, but also a cult place that has been immortalized in many movies, songs and books. Las Vegas Strip is more than just a boulevard of entertainment and miracles: it’s also a big part of history, which makes it essentially unique, and so it’s no surprise it’s universally recognized as the greatest casino strip in the world!

Brick-and-mortar casinos put out all the stops to lure and entertain their loyal players. And sometimes, they invent games that are out of the ordinary — ones that can only be dubbed peculiar. Therefore, if you have had more than your fair share of the same slot machine or video poker game, then why not […]

Don Johnson (the gambler, not to be confused with Don Johnson, the actor) made it into history in 2011, when he won more than $15 million. This is one of the best windfalls in gambling, but the really outstanding fact was that he did not win this money from other gamblers, i.e. facing his opponents […]