HOME / Casino Wiki - The must-read articles for newbies / Gambling: From the Origins to the Present

Gambling: From the Origins to the Present 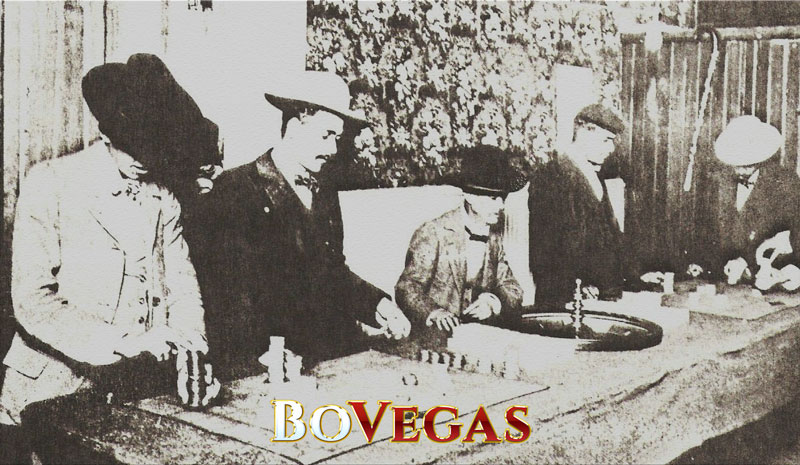 Gambling has come a long and complicated way to becoming nearly the brightest and largest gaming sector worldwide. No matter how tremendous the evolution behind gambling is, regarding both mental and technological aspects, it would still be more appropriate to view it as an ever-evolving and changing sphere.

Gambling is viewed in colossally diverse ways in contemporary society, and so it has been, ever since ancient times: people were looking for risks, luck, and adrenaline threw a coin in the first money-based game, thereby commencing the great and epic history of gambling.

How It All Began

Gambling origins trace back to the Paleolithic period, when the first dice were hit in Mesopotamia in approximately 3000 BC. Many historians and gaming theoreticians tend to believe that the emergence of gambling owes to primitive people’s interest in the future as well as in deities. People would cast marked sticks, trying to divine the outcome as well as predict the “gods’ actions.” This led to betting as, later, people moved beyond making predictions to placing bets on what might happen in the nearest future.

However, the first irrefutable evidence of gambling is featured in the so-called book of books: The Bible. The Book includes numerous references to lot casting, instancing it with Roman guards casting lots in order to choose what garment Jesus was to wear during his Crucifixion.

The advancement of gambling in ancient times launched in ancient China, where the first game of chance was allegedly played in the 10th century and was based on tiles. As authenticated proof of that, the Chinese “Book of songs” alludes to “drawing of wood” and thus suggests that the tiles might have initiated a lottery game. Apart from being the first region to create a game of chance, ancient China is also considered the motherland of playing cards. It’s believed that the game of cards can be traced to as early as the 9th century, when cards were embellished with outlines of a human body.

The civilization that contributed to the development of money-based gaming is not confined to ancient China. Ancient Greece welcomed a number of the world’s first casinos and reinforced the dissemination of many games around the world. It was the most prominent Greek poet by far, Homer, who mentioned some of these games in his texts: dice, head and tails, etc. Embraced by the common mythological beliefs and legends inherent in the Greek culture, ancient Greece players counted on celestial power, i.e., gods, to patronize their game. They could thus plunge into a gambling circuit, confident that gods could help them.

In ancient Rome, people in all possible social strata – from the slaves to the Emperors – were fond of gambling. Ubiquitous in every ancient, there was a sexist philosophy in the Roman Empire – female citizens weren’t allowed to gamble except during the Bona Dea festival, giving women a rare chance to join gambling. As for some games Roman citizens favored the most, the popular range of activities included dice. Such games fell into two main categories: games played solely with dice and games that also included a board. The latter was made up of 36 squares featuring different symbols – crosses, leaves and squares. One more game largely admired by Romans was a simplified version of Backgammon, often referred to as the Game of Twelve Signs. 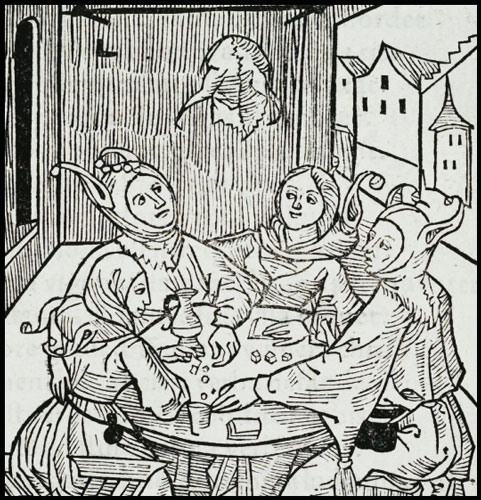 In Medieval times, players appreciated games of chance which were their favorite form of entertainment. And it’s more the common gaming venues in the Medieval Period that have raised a good amount of controversy and condemnation than gambling itself  – players would be permitted to gamble in churches. The most accepted guess as to why Middle-Age-thinking authorities were so lenient about gambling in sacred places is quite straightforward: there was simply a lack of gathering places.

But with time, gambling venues expanded to inns, thanks to the versatility of the innkeepers’ occupation – inn owners made a living by arranging gaming parties right in their premises. Thereupon, gambling squeezed out many more traditional medieval forms of entertainment, as games could be conducted at places other than somber gothic-style sanctuaries serving as casinos after the vigil was over.

From the First Slot Machine to Online Gambling Culture

Following the end of the Middle Ages, gambling had gone through a series of drastic changes to bring the gaming-thirsty generation a breakthrough device. In the early 1890s, the first slot machine started a new epoch in the gambling industry. Indeed, the last decade of the nineteenth century was marked by the introduction of the first coin-operated machine in 1891. Sittman & Pitt, a New-York-based game manufacturing company, came up with a brand-new 5-drum machine with a total of 50 playing cards. It made an immense splash among well-to-do white-collar people, who used to play the traditional casino table games.

But the seemingly perfect novelty was yet to be refined and modernized by Charles Fey, who is now known as the man who built the first sterling slot machine. Experts can’t tell the exact year this machine was developed, but it emerged sometime between 1887 and 1895. Fey enhanced the functionality of Sittman & Pitt’s device by enabling it to give automatic payouts and eliminated its manifold complexities. He replaced 5 reels with just 3 of them and embedded only 5 symbols instead of playing cards. The traditional slots were popular up to the early 1960s, when the industry developed the first electromechanical slot machine, which took over the spotlight. And then came the year 1976, a landmark year for gambling: Fortune Coin introduced the first video slot machine in Las Vegas. The introduction of video slots turned the whole gambling culture upside down, giving gamers a novel “feature”.

Full-range and high-end video slots have proven themselves, but nothing really stands still. In the mid-1990s, the cherished title of the “brightest gambling discovery” was passed to the truly ground-breaking introduction of online gambling.

In 1994, the global advancement of gambling came to the point of its total expansion. Microgaming developed the first online casino in 1994. Gambling business thus had to throw itself in and adapt to the newly-born trends of the gigantic Internet empire.

The pioneering online games were slot machines that largely resembled old slots from land-based casinos and bars. They were limited in the theme range as well as functionality, compared to today’s online slots. Nevertheless, this didn’t prevent hundreds of forward-thinking gamblers from trying out the innovative version of the classic slots they could play at a brick-and-mortar casino. Meanwhile, online gambling was undergoing the peak of its “fame”: the number of casino websites grew from 15 in 1996 to over 200 in 1997, and revenues reached over $830 million in 1998.

And these are not the only milestones online gambling industry gained. Games of chance draw thousands of curious gamers to online casinos, where they could enjoy favorite table games online, slots, and other types of gambling titles from the comfort of their homes. To date, there are over 100 online casino game developers and more than 500 websites that offer games of chance. And, what’s more, with the employment of blockchain technology and cryptocurrencies, the online gambling sector has likely not yet reached its peak.

As we mentioned earlier, the relative rank of your starting cards is an important factor in determining which hands you are going to play. But it’s not the only one! Your position at the table is also critical because it directly impacts how easy your decisions are going to be throughout the hand. In short, […]

The Concept and the Construction Story Steve Wynn is a prominent figure in Las Vegas. He has played an important role in the expansion of the Las Vegas Strip, overseeing the construction of the Golden Nugget, The Mirage, Treasure Island and finally: Bellagio! The Italian-themed resort was named after the Italian town of Bellagio on […]

The wheel of fortune is spinning every night at casinos of all kinds, both in real brick-and-mortar places and all across the world wide web. And of course, the unmistakable symbol of all this is the gleamy wooden wheel of roulette. The roulette wheel is still inviting lots of people to play, constantly chasing after […]