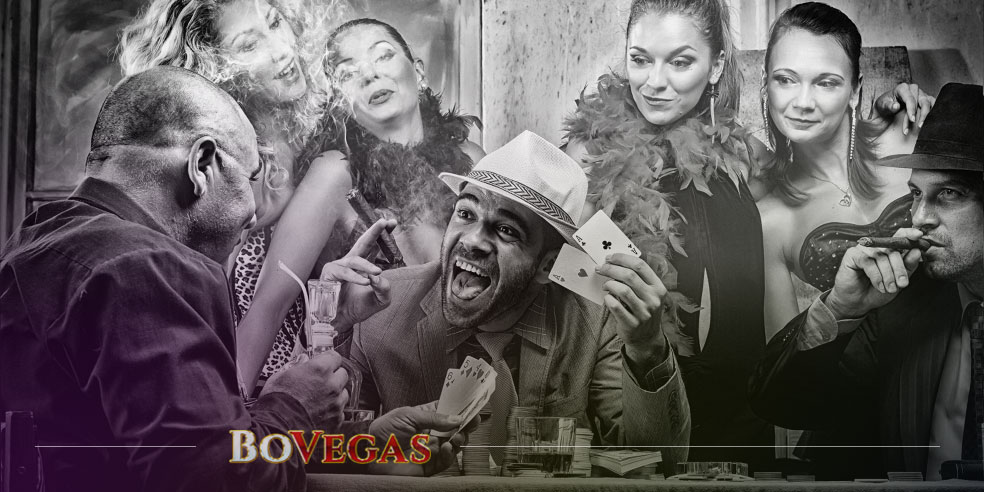 Mafia and gambling have always been interconnected in many ways. Mafiosi are considered to be the founders of the modern gambling industry, and you’re never going to see a single Mafiosi movie without a scene where people are playing cards or breaking someone’s kneecaps for not paying their card debts on time.

And although times have changed, there are still a lot of conspiracy theories around the ownership of casinos and their connection to mob clans.

In the earlier years, despite it being the Prohibition era, casinos were quite a popular destination; indeed, they were openly functioning in most towns! This kind of permissiveness was acceptable, due to the high level of corruption that existed at that time in upper circles.

Mafiosi, who ran the establishments, had quite a significant influence on politicians as well as on the local police. So bars and saloons appeared on every corner, springing up like mushrooms.

Between 1931 and 1933, the Nevada authorities legalized gambling. This gave a great boost to business and it ultimately became a source of good money for mobsters and the Mafia in general.

However, mob leaders were not the only ones trying to make big profits from people’s addiction and thirst for easy money. Entrepreneurs decided to fill the niche too, buying the property to build another venue filled with casinos and bars, later known as the Las Vegas Strip; and getting into unimaginable debt in the process! Maybe they would have even replaced or banished Mafiosi from the city for good, but they were unable to do so because these outlaws owned shares in their businesses, as they were the ones who were always ready to give out loans.

As a result, criminal clans became those who really owned the business dictating their own rules. Mafiosi ran all kinds of gambling establishments. The range of specialization was pretty wide, starting from sports bets and horse racing and finishing with old-fashioned casinos with blackjack and poker.

As you may suppose, knowing the troubled nature of these outlaws, clashes with the police were quite frequent. However, Mafiosi found a way to tackle any problems with the authorities: simply by handing out bribes. As historians have later estimated, the amount of money received on a regular basis by the police officers totaled thousands of dollars. It was also believed that the period of the 1930s until the 1940s was the most profitable for the police of Nevada in the whole history of this state!

There have been a lot of cases when mobsters earned their way to success in business through murders and violence; and, more than was generally the case among other entrepreneurs, their businesses were tightly connected to gambling, prostitution, money laundering, and pretty much anything that was able to bring them huge profits. Some gangsters were more merciless than others, ready to lay waste to whole settlements of people to get what they wanted. Some were just good at business and communication (by using threats, of course) Organized crime flourished throughout the States in the years of Prohibition, and that gave a lot of opportunities for gangsters to strengthen their positions in the gambling business. Except for Fidel Castro and Al Capone, there are some big names to mention when talking about big mob bosses! 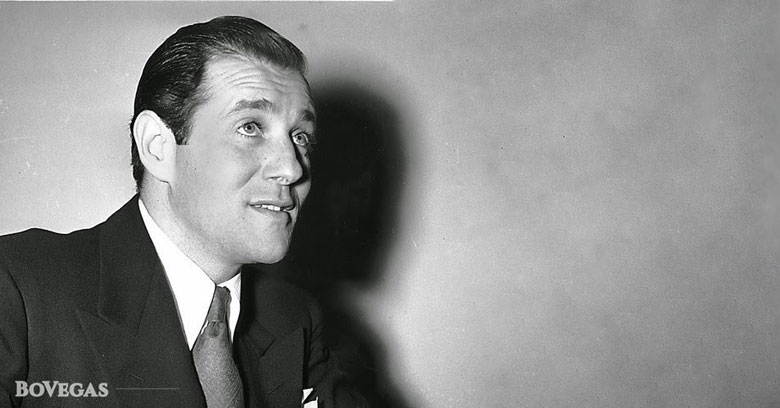 This infamous man made himself one hell of a reputation in the States. He was born in Brooklyn in 1903. As his family was quite poor, Benjamin was forced to look for income on the streets of New York since his early childhood. He earned his nickname for his hot-tempered nature and being crazy “as a bedbug.” Siegel was known for his violent behavior and criminal deeds.

Despite being an outlaw with no education, he had quite a strong entrepreneurial mindset that he applied to different spheres of his life. For example, he organized a group of contract killers named ‘Murder, Inc.’ by the media. This, to say the least, rather unhealthy lifestyle brought its consequences; and Siegel had to move to escape the New York police and fellow mobs whose wrath he had incurred.

In 1937 the gangster moved to California and started another business of his own. Here he gained himself the highly reputable status of a gangster celebrity, while opening multiple offshore casinos as well as prostitution rings.

After committing several murders and earning enough money, Bugs opened the Flamingo Hotel and Casino. Even though his business seemed to be set up for some real success, the casino only operated for one year, and then went bankrupt. When new owners stepped in, the casino found a new lease of life. But this mobster still remains an iconic figure of Las Vegas.

Siegel was killed the very same year, and his murderer was never found. 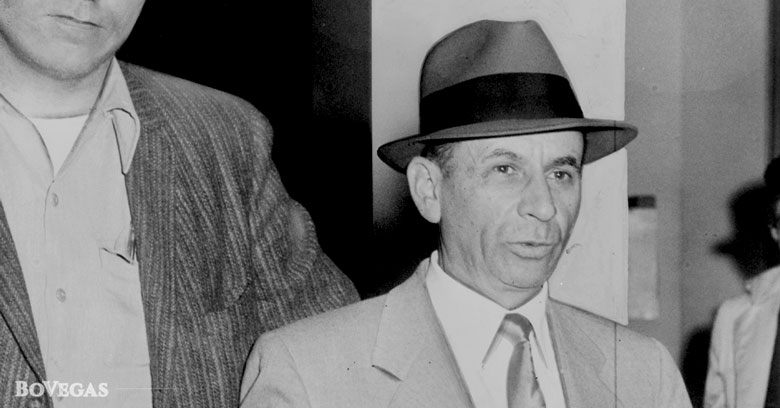 Meyer Lansky was just as infamous as his partner in crime Benjamin Siegel. They were known as the most ruthless gang of the Prohibition era.

Meier Suchowlański was born in today’s Belarus to a Polish-Jewish family. In 1911 they moved to the United States, settled in New York City, and shortened their last name to Lansky for convenience.

That was in New York that Meyer met Bugsy and they started their long-lasting criminal career. It all happened when Meyer saved Bugsy from the police after another street craps games resulted in a fight. That was the moment of bonding for two outlaws, and the friendship grew to the extent that they decided to do their dirty business together.

Lansky was the one who had enough brains to organize all the operations in the gang and did pretty much all the work of counting the money they earned and putting it to good use.

When the government finally legalized alcohol and gambling in 1933, Lansky decided to try his luck at gambling.

Being quite smart and witty, he never encountered any troubles with huge casino losses, as he was quite a pro in many of the casino games at that time.

He even made a trip to Cuba and paid a visit to infamous Cuban dictator Fulgencio Batista to persuade him to open some gambling establishments in Cuba and legalize gambling, in order to make huge profits.

He is known as the founder of high-class gambling houses and casinos not only in Havana, but also in New York, New Orleans, and the Bahamas. 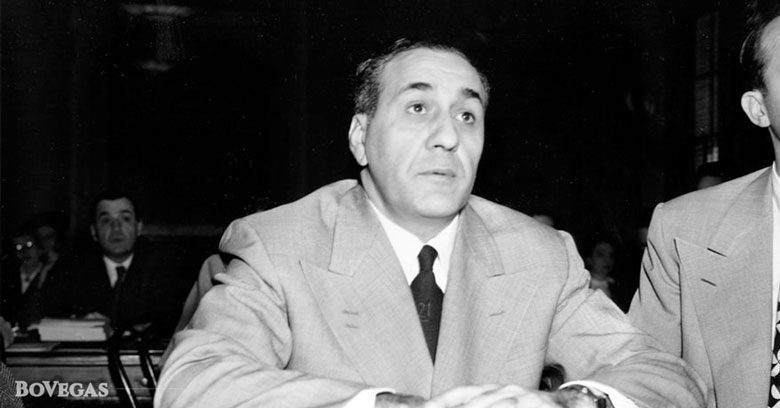 Well, as we have already paid homage to New York gangsters, it’s time to introduce the so-called Vegas Godfather. Tony Corner is the founder of the Meadows casino complex in Las Vegas that opened shortly after Nevada legalized gambling.

The more you read about his life and biography, the more mysteries there are to bewilder your mind! So let’s take his death, for one. He mysteriously died at the craps table after borrowing $800,000 from mob investors in an attempt to build another casino resort in Las Vegas. The cup from which he drank was washed before the police arrived, and there was no autopsy performed on his corpse. The police records state that the reason for his death was a “heart attack.”

Even though he wasn’t part of a gangster clan of any kind, he had a big influence on people in high circles, and he definitely used his reputation to earn himself a big name. 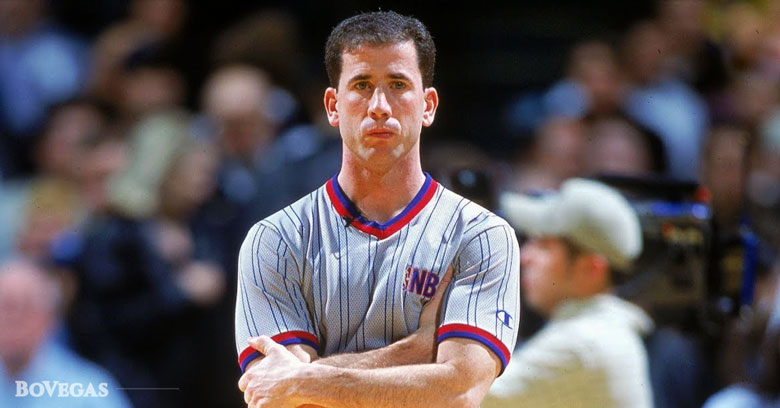 Our last story is dedicated to a man who became famous in the late 90s – early 2000s. The Mafia noticed Tim after he became a successful officiator at sports events, and gained a 75% success rate. He was the one who provided the Mafia with the information about top players and teams. To make this job easier for him, Mafiosi left him no choice: they threatened him and his family.

Donaghy later made a statement that the Mafia is always present in sports bettings, making easy money on bets that are bound to make huge profits.

What’s the Point of Our Stories?

The point here is to state the obvious: the Mafia has always been closely entangled with profitable businesses, and casinos are a major part of such businesses. And even though the influence of mobs has lost its undeniable power over the years, we all know where it all originates. And next time you’re going to gamble in a land-based casino or make a sports bet, remember: the Mafia is watching you, and probably knows every possible trick in the book to outplay you with… (Just kidding!)

It is considered that Italian Mafia’s influence in Sin City ended somewhat around the 1980s. Now mostly rich entrepreneurs own all the business. However, in the early 20s, almost all casinos were connected to the Mafia’s activity.

The most iconic mafioso in Las Vegas was Benjamin “Bugsy” Siegel who opened the Flamingo Hotel and Casino in Sin City and made a name as a boss of the criminal ring of contracted murderers.

The oldest casino on the Las Vegas Strip is Flamingo Las Vegas founded by infamous Benjamin Siegel. The Sahara Hotel is the second oldest casino in Las Vegas, Nevada. These casinos are still operating and making money from the tourist business.

We would give this honor to the iconic Al Capone, who was the most influential gangster in New York in the 1920s. He made himself a fearful name and had a huge influence on the elite of New York at that time.

Games of chance can be fun, and most of them are built around the notion of good luck, which may or may not help a player win. However, some games require more than just good luck or coincidence, if you will! Some of them need meticulous strategies and intelligence to help you master them to […]

Traditionally, the casino has always been a place not only for gambling and socializing, but also for showing off your most expensive luxury clothes. Indeed, when you’re thinking about what to wear for a night out at the casino, the first thing that comes to mind is some imagery from Casino Royale, with its general […]

After an unexpected tweet from President Trump, Democrats have reportedly made the decision to pull a tribal gambling bill. Trump tweeted that one bill from the Mashpee Wampanoag Tribe Reservation Reaffirmation Act (H.R. 312) should be pulled due to its unjust treatment of Native American tribes. On Twitter, the President called the bill “unfair.” Furthermore, […]