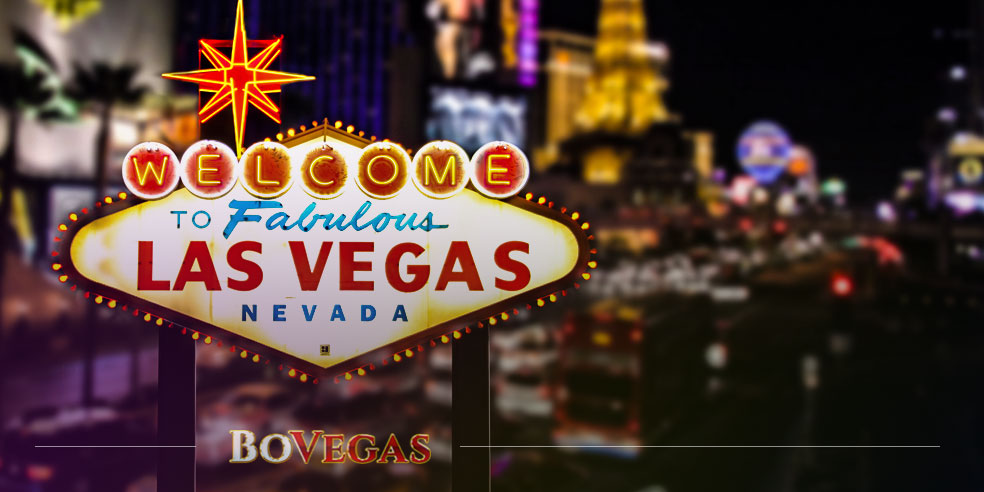 This neon city of sin catches the eye not only of tourists but also of some of the greatest American authors. What a great background for truly breathtaking and tangled stories, wouldn’t you agree? Well, Sin City is a veritable source of inspiration for anyone who’s attempting to write a catchy and captivating story that is capable of blowing anyone away! So, here’s our list of the best books about Las Vegas you’re ever going to read. 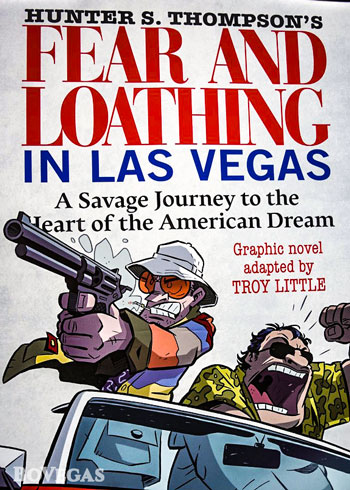 Fear and Loathing in Las Vegas: A Savage Journey to the Heart of the American Dream by Hunter S. Thompson, 1971

This book is a kind of a roman à clef that includes various autobiographical incidents. The story describes the adventures of the journalist Raoul Duke and his friend Dr.Gonzo, as they try to chase the American Dream.

The plot is illogical in terms of its narrative; this illogic is actually really inherent to the story, insofar as it includes descriptions of the psychedelic visions that the main characters experience when they take all kinds of drugs: LSD, cocaine, ether, alcohol, etc.

Their perception of life is distorted by these hallucinogenic substances, and this effect itself creates a kind of illusion for the reader; and eventually, they actually feel the same effect. The main characters end up acting as bizarrely as any drug-infused visitor to a city of unstoppable fun and permissiveness. They roam around in a psychedelic haze, trying to gather some info about the Mint 400 motorcycle race since that was the actual reason these two journalists came to Las Vegas in the first place.

Las Vegas Strip is described in the brightest colors imaginable, with the flashing lights of casino venues and forbidden desires that finally find the way out. The novel is bold, revolutionary, and truly captivating! 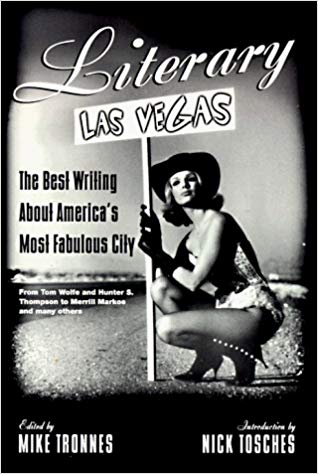 Well, you can probably guess what this book is going to be about. Yep! Psychedelic haze, alcohol, sex, and gambling. All the stuff you probably think about when you hear someone saying “Las Vegas.” Simple-minded pleasures and self-indulgence are your main guides to the tangled world of the main character’s psyche.

You go deeper and deeper into this world, as the narrative describes in detail the city and its streets with “bubbling, spiraling, rocketing and exploding” neon and par lights. So if you’ve never been to Las Vegas, you might as well feel like you know it very well after reading all the descriptions the author has generously garnished his novel with.

This novel doesn’t depict ordinary things; instead, the narrative ranges from one extreme to the other: from hilarious to tragic, from provocative to shocking. Its inclusivity is one among many things that makes this novel so entertaining and one-of-a-kind. 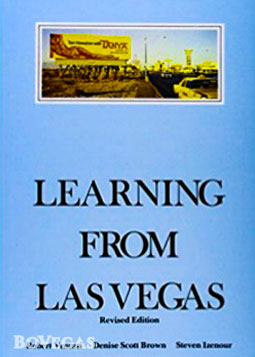 This book is an actual bible for the architecture of Postmodernism. Venturi describes Las Vegas architecture as a means of communication with a visitor, through its various forms, shapes, and colors. The author suggests that even the signs that you see on entering and leaving Las Vegas are also pretty communicative, and each of them carries its very own significant, symbolic meaning.

The compilation of architectural facts of which the book actually consists was studied and written by Robert Venturi himself and his students. The research group explored the city’s light patterns, commercial signs, and symbolism in particular, its architectural forms. The result is represented in the book itself in the form of a vast critique of the modern architecture of the city.

This book is fascinating and exciting to read if you’re a fan of architecture and symbolism, and also if you enjoy solving mysteries connected to these two disciplines. 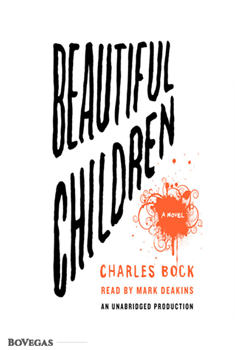 This is an inspiring story about the city that is both beautiful and deeply corrupt. Beautiful Children tells us the intertwined stories of several characters who reside in Las Vegas. These characters are represented by homeless teenage runaways who struggle to fit in. The story tells how they lose their innocence and become adults earlier than they were supposed to.

The story is exquisitely realistic; but, unfortunately, that’s not the reality people generally want to notice, so the author decides to help his readers see what is usually ignored. 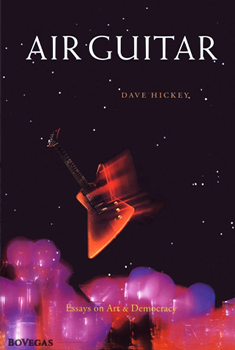 This book is a fascinating memoir from the historian and Las Vegas resident. Dave Hickey is a famous art writer who has written for Art News, Rolling Stone, Art in America, etc. The book contains 23 essays that show us the city from an uncommon perspective: art. The author depicts the town through a myriad of art galleries, cocktail bars, record stores, surf shops, etc.; and every time he takes you on one of these tours of his, you plunge into the atmosphere of the city without even actually being there physically.

The book revolutionizes the world of art with a bold blend of autobiographical details, criticism, and deep appreciation of art and the American lifestyle.

The abundance of details that depict the city’s peculiarities is probably the book’s most valuable feature. Indeed, you get to know Sin City from the inside, just like the locals know it. 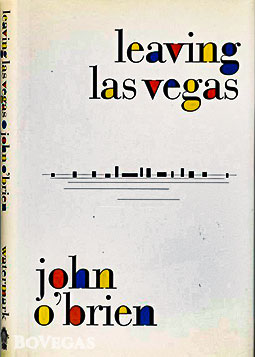 Leaving Las Vegas is a national bestseller that was later adapted into a movie starring Nicolas Cage. The film even won one Academy Award and was nominated for four of them.

The book is semi-autobiographical, which makes the pretty disturbing narrative even more sinister. The plot is emotionally devastating and raises the topic of suicide. It tells us a story about two emotionally unstable souls, i.e. a prostitute and an alcoholic, who found each other amid the severe existential crises both of them were facing.

Another pretty shocking fact is that the author killed himself with a gunshot wound after signing away the film rights to the book. 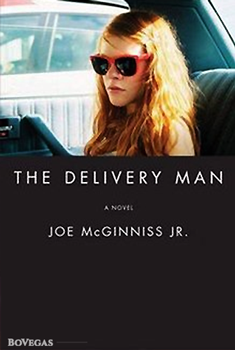 This eclectic novel first saw the light of day back in 2008 and became a worldwide sensation. It tells us the real life story of people living in the suburbs of Las Vegas.

The novel projects and highlights the dark side of the city. Some anecdotal episodes were actually taken from interviews with teenagers living in the Las Vegas suburbs. It shows how spiritually hollow Las Vegas has become in recent years, and it also puts on display the moral nihilism of its inhabitants. 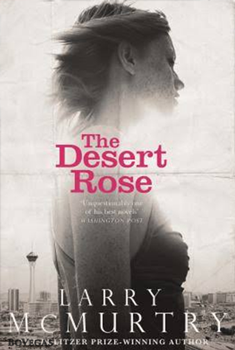 The Desert Rose is a story that is both challenging and inspiring, written by Pulitzer Prize winner Larry McMurtry. It describes the life of an aging Vegas showgirl and her daily struggles.

Harmony lives in Las Vegas and dances in the local casino. Despite her financial crisis and unemployment, she has a positive mindset and tries to find some light in the darkness. Like a blossom in the wasteland, she rises from the ashes of her fading career.

This is a story about the positivity that is lacking nowadays in modern Las Vegas. 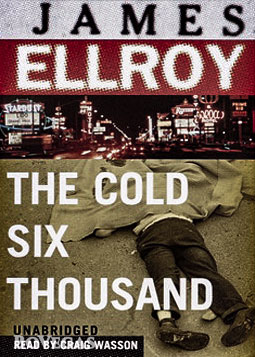 This is an epic sequel to James Ellroy’s American Tabloid. The book is a thrilling and epic crime fiction novel that portraits the turmoil of the 1960s. It all begins in Dallas, after the assassination of J. F. Kennedy; and it depicts the events that happened in a period lasting around five years.

In this book, you’re going to find it all: the mafia, crime, scandal, and murder! The author is determined to ‘hit the jackpot’ describing all the events that could possibly catch your interest.

The story captivates you from the first paragraph and keeps the suspense until the very end. So if you’re looking for some entertaining literature about Las Vegas adventures, you should most definitely give this book a go! 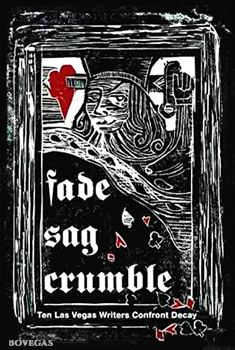 This is the most recent book about the decay of the Las Vegas era. Local writers confront the spiritual and physical ruin of something we thought would last forever: Las Vegas glory.

The story is deeply confusing and controversial, as it describes the city in detail; with its ravaged suburbs, corrupt politicians, and people who become more and more hostile to each other all the time. The picture is unsettling, unflattering, and quite honestly, a very critical portrayal; but only after reading this book, you start analyzing the situation from a different perspective, which finally makes the flashing lights of Las Vegas look that little bit dimmer!

You may also want to know:

Las Vegas is the 28th-largest city by population in the United States. It’s estimated that Las Vegas has around 641,676 people living there on a regular basis. However, the number of tourists is growing by thousands every year.

Charles Bock is an American writer who was born in 1969 in Las Vegas, Nevada, the United States. He became famous for his novel Beautiful Children, which depicts the hardships of the lives of homeless children in Las Vegas.

Las Vegas holds 68th place among the largest US cities. It covers a surface of 135.8 square miles.

This name dates back to 1906; and according to the Las Vegas Sun, it is connected to the First Street between Ogden and Stewart avenues, where it was legal to sell alcohol.

The Blackjack Hall of Fame

The Best Video Poker Games That RTG Has to Propose

Best Video Poker Online Games by RTG Intimidation. Anxiety. Stress. Lots of cigar smoke clouds that makes your mind foggy. A humiliation of a big money loss that everybody can witness. Inability to control your time and enormous pressure that is building up in the room. This may sound like an entrance scene of a […]

Over its long history, gambling has witnessed hundreds of thousands of tragic losses, as well as some dazzling wins! Players hope that by working out the rules of the casino, they can finally master the craft of winning it big, and becoming seasoned gambling geeks. Even so, the players find it hard to know what […]

“Let It Ride” — Strategy to Beat the House

A Brief Review of “Let It Ride” Let It Ride is a popular poker-based table game created by John Breeding. The background story of its creation is quite captivating. In 1993, when the game was first represented, it was initially conceived as a distribution aid for automatic shuffling machines and not a casino game. Coincidentally, […]