HOME / Casino Wiki - The must-read articles for newbies / What Type of Craps Player Are You?

What Type of Craps Player Are You? 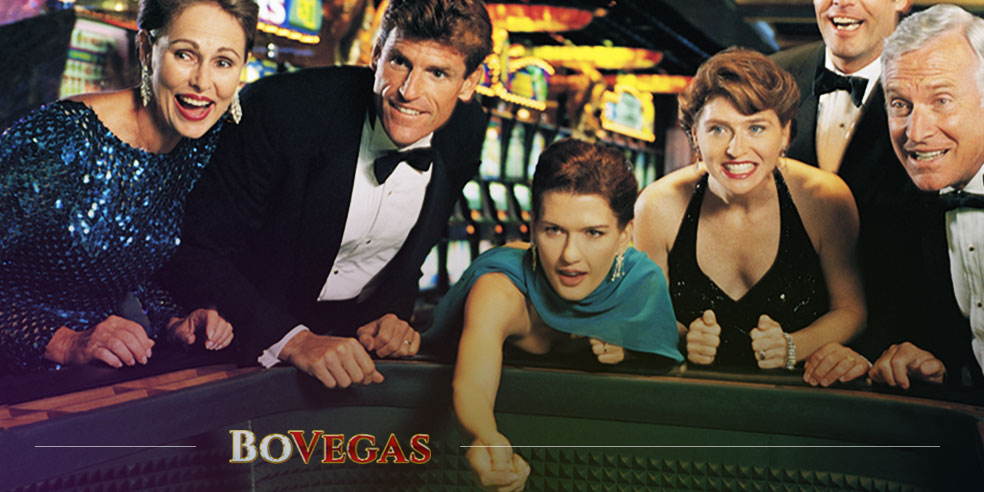 It always seems like the way those little cubes are laid on the table is totally unpredictable! So, is Craps really one of those games of chance where everything depends purely on luck? Well, we can say there are as many approaches to Craps as there are players. But here’s the good news: we’ve found the most common characteristics of all the different kinds of punters out there; so that you can now recognize yourself, and maybe even adjust your style to become better at Craps! So let’s go on and roll the dice now, OK? 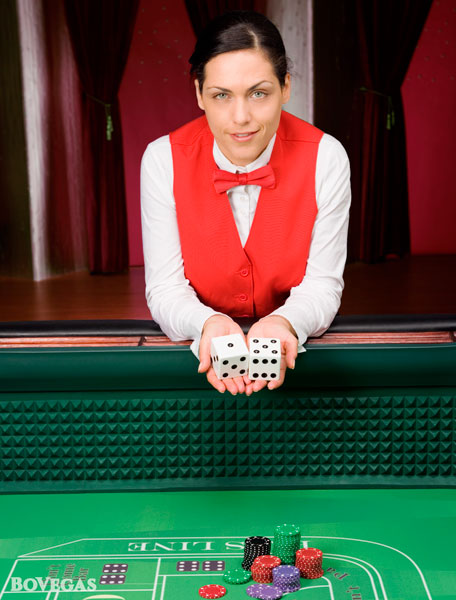 This is the rarest and most prominent type of Craps shooter. Everyone’s talking about them! You can read about their incredible life stories on the Internet. Also, you may never see them in real life; however, you’re still gonna be hearing about them a lot! So who are these shooters? Well, they’re real legends! You may have heard about System Smitty, The Arm, or The Captain. These are all people who have reached some truly unbelievable heights in Craps! And most commonly, they kept having continuous success in the game for years, to the point where pretty much everyone was convinced they were utilizing some kind of secret technique. And yes – they could have had a few skeletons in their closet; not least because a series of big wins which belongs solely to one player, and to them alone, can never be a total coincidence, right? And it just so turns out that the Legend is usually going to be a real shooter, and not just a wagerer who relies on other people to boost their luck!

These shooters believe that a rational approach should decide everything. They surely know different kinds of gaming strategies and can talk about them for hours. Martingale? Oh, please! They’re applying much better strategies than this, as they know a lot about all of them. Instead, they will teach you the reverse Martingale, doubling down, and a whole lot more strategies which basically stand on the same fallacious interpretation of the law of big numbers. As for Craps, they will place random or non-systemic bets… never! Don’t even think about that. They just can’t lay a chip on the table without the Iron Cross, Power Press, Full Press, or anything in between. As a Shooter, they will test various moves and even practice them at home often enough to make sure they get some satisfactory results. Yet, at a Casino, they won’t pay much attention to the pit bosses, as they prefer to get totally immersed in the game. Which is indeed one kind of bad strategy – they often get busted, or else they quickly find themselves on a no-no list at the entrance!

Craps shooters know that all the punters at the table basically depend on them. Because other people stake money that they may have earned with their hard work, and now they want just a bit of a good luck in their lives. Is that really too much to ask? So, many shooters certainly feel the pressure. And while one person might act responsibly, the other one may well opt to play it cool like they just don’t care. The latter is exactly the Devil-May-Care type of shooter. They will show everyone that nothing really depends on them, and they are not going to be responsible for anyone else’s bets. And they would be right. Craps is a game of chance, after all; regardless of your hopes, beliefs, and well-thought-out strategies.

Cautious is the opposite type of shooter to the previous one. They’re always showing that they really do care! And often, they are scared of making a mistake. That’s why they always tend to act with caution. When they see a lot of bets on the Pass Line and innocent novices who don’t even have any idea of what other bets are available and why these Cautious hearts melt. They will do everything they can to make those dice pass. Most commonly of all, they won’t try to use any special techniques and will depend on luck. And if they have bad luck, they’ll be enormously upset.

When you bump into a noisy Craps table, be prepared to see a lot of “Players.” This is a pretty common kind of Vegas tourist. They may know as much about Craps as about any other casino table; which is almost nothing at all! But the thrill of hanging out in a real casino is what drives them the most. So Players are sure to make all kinds of bets for the sake of playing and to display some pretty extreme emotions, whether good or bad. There’s an equal number of shooters and punters among them. Players may lose all their savings in ten to twenty minutes, so there are virtually no reasons for the house not to love them. 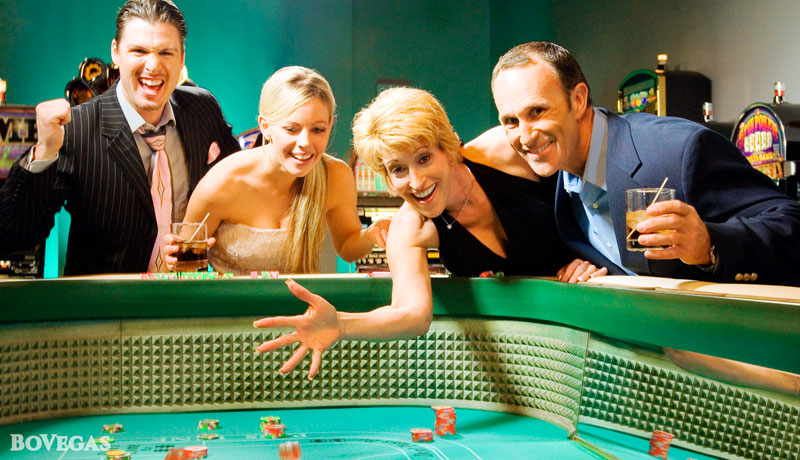 These are the real bad boys! The true gangsters of the Craps universe. They can’t ever be caught; because basically, they’re not really trying to influence the game in an unlawful way! But even so, they are absolute masters of sleight of hand techniques. They have perfected these to the point when no one even notices they do it, even when watching them on the “casino TV” like the eye in the sky, or any other type of surveillance the casinos are using to catch them out. These Tricksters are pretty close to living legends except that they are not famous. But that’s even better for them, because Tricksters can make a fortune just playing Craps and then go chilling to the Maldives without any unwanted attention.

You might have come across these old guys. They’ve always been the sharks of the casino… Once upon a time, in the 60s or even 80s or 90s (if they hadn’t been caught before already!) Vegas will never be the way they saw it once, when everyone was playing at Horseshoe and a more humble version of the Sands, when the Sin City hosted a Miss Atomic Bomb beauty contest, and who knows what else… But the point is that these Grandpas have seen and tried it all. Some of them are retired, some of them are still rolling. Great recommendation – once you see a Grandpa, sit at that table and start a conversation! It’s sure to be an interesting and insightful one. Chances are, the old man will even give you enough good lessons to win big at Craps. 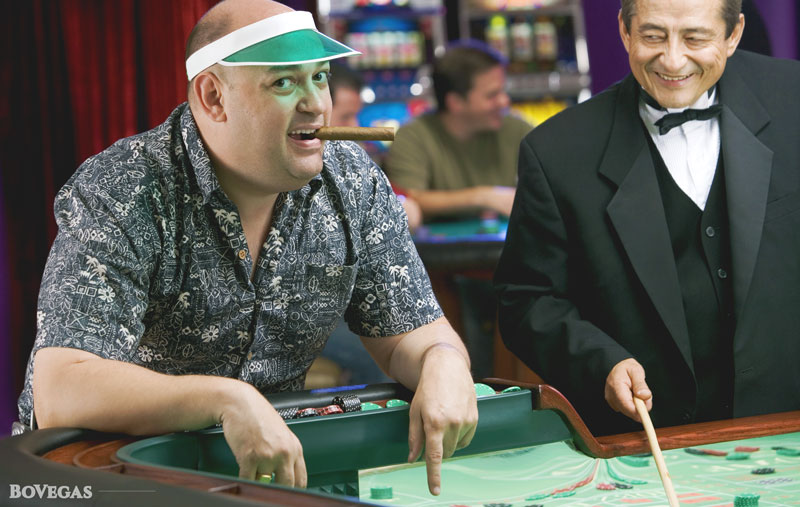 You don’t have to believe you’re always going to win at Craps. At least, you can have some other goals as well, like collecting comp points. In a land-based casino, comp points will give you free drinks, food, and even accommodation. But you still need to show you’re committed to some playing. So that’s why some players play Craps; just for that alone! Most often, there will be two friends making opposite bets (come-don’t come, pass-don’t pass) so that one of them wins anyway. They might also ask for bets with multiple denominations of chips, or even make late bets.

By recognizing the patterns of your play that don’t work towards your success, that are described in a certain type of player, you can set yourself the goal of eliminating them and maybe act a little differently. By doing this, you can perform smarter money management when playing Craps.

Casinos continuously collect all kinds of information about their players. And of course, they try to categorize them to help detect fraudsters. And when they expose such information, it becomes helpful for players. We’ve collected real facts and observations so that you can find in it something useful for yourself.

By recognizing types of Craps players when in a real casino, you can better understand how to place a more successful bet. You can tell if the shooter is likely to hit that 7-11 or not, and bet accordingly, since your money eventually depends on it. Otherwise, you might be able to decide if you should play at this table at all or not.

You can practice more shooter moves, learn betting strategies, and learn how to read the players’ tells. As a result, you’ll sharpen your Craps technique so that you can minimize your losses as much as possible. And who knows, maybe you’ll even win big thanks to your conscious approach to Craps.

Related Posts
Online vs. Offline Bingo. What’s the differe...
How Do Online Progressive Slots Work?
What Are the Payouts on a Roulette Table?
Top Poker Myths That Players Still Believe In
Tags: Casino, Craps, Gambler, Gambling
Popular Posts
The History of a Card Deck and Its Symbolism
42981 views
The Biggest Casino Wins of All Time
36249 views
Insightful Baccarat Guide
25696 views
Roulette and Probability Theory: Math That Gets Interesting
20101 views
Top 10 Movies About Lottery Winnings
19752 views
Last Posts
Origin of Casinos and Their Development Up to Present Days
869 views
Greyhound Racing: History, Interesting Facts, Betting
722 views
How Will Casinos Look in the Future?
796 views
History of Gambling In Ireland
699 views
The Symbolism and Spirituality Behind the Card Deck Suits
809 views

As we all know, the culture of Japan is quite distinctive and unique, and sometimes it may seem weird for Europeans, Americans, Australians, and people from various other countries. No wonder, then, that Japanese people have their own gambling machines and a one-of-a-kind gaming culture that has flourished there. It’s called pachinko, and it’s actually […]

There are a lot of things we need to be aware of before playing in online casinos; especially if we’re talking about slot machines. If you’re going to put effort and money into some of these games, you’ll probably want them to be fair and safe. Let’s explore the biggest fears gamblers experience when they […]

Slots Tips: Dos and Dont’s You Must Know

Slot machines have always been pretty popular, but their audience has skyrocketed over the past few decades. Nowadays, slot games represent the biggest segment of the world’s gaming industry in terms of their turnover, number of players, number of games offered and even in terms of casino revenue per square foot. But if online casinos […]

Australia has been paving the way to becoming one of the largest and most attractive gambling centers in the world. The popularity of poker machines, social gambling, and sports betting are constantly increasing, owing to the activity of both local fans and international tourists. As the industry hits new milestones in Australia, more and more […]