Dash is one of the most popular cryptocurrencies which can boast of a $1,436,864,050 capitalization. As of today, one such coin costs about $162, and this price has allowed it to be ranked fifth in the CoinMarketCap ratings.

So, What Is Dash Cryptocurrency?

Dash is a very popular cryptocurrency that was created as a Bitcoin fork. Initially, this currency was called XCoin, and later it was renamed as DarkCoin. However, to avoid association with the Dark Internet, it eventually received the name Digital Cash, which looks like Dash in abbreviated form. This currency was developed in 2014 by Evan Duffield, who created an algorithm called “X11.” The decision was made to start the side project based on this algorithm because Evan was convinced that X11 would hardly ever be accepted by the Bitcoin developers. This cryptocurrency is very similar to Bitcoin, but it is quite different too, as it includes a number of improved features. Firstly, the developers have made a two-tier architecture which permits implementing updates to the system. Secondly, it is a completely anonymous system, so it is impossible to track any of the payments. Thirdly, Dash mining requires less energy than many of the existing alternatives out there, which means it is in pretty high demand among miners! What’s more, the Decentralized Governance mechanism makes it possible to make decisions on future improvements for all network members. Finally, masternodes being a subset of users ensure both anonymity and high transaction speeds.

Why Is It Needed?

The development team plans to make the coin easy to use, even for people who are not very savvy about the digital world. The coin is already available to customers of the financial platform Uphold; the latter serves more than 184 countries and supports more than 30 currencies, along with various goods, and a number of cryptocurrencies such as Bitcoin, Ethereum, Litecoin, and Bitcoin Cash.

Dash Foundation appropriated $350,000 to the University of Arizona for accelerating research, development, and education in the areas of security development, efficiency, speed, and increased blockchain use.

In March 2018, this cryptocurrency appeared on several platforms – in the deVere Crypto application and the CryptoWolf, ACX, and SouthXChange exchangers.

The company is actively developing the coin so that it can be widely used as a means of payment. According to the official website, Dash merchants are represented by numerous VPN providers, hosting and VPS solutions, web stores, business services, and more. And if that wasn’t exciting enough, you can also play a lot of different games and make bets in several online casinos; so there are definitely plenty of new opportunities for online casino fans!

Why Is Dash Perfect for Online Gamblers? 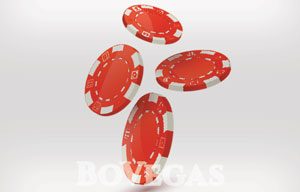 It’s not just yet another Bitcoin fork! In fact, Dash managed to distinguish itself with several events that astonished even the more dismissive and jaded crypto users. During the Darkcoin phase of its evolution, it managed to increase the price by as much as 23 times within two months. This trend didn’t last forever; but this altcoin still had the chance to become one of the top five cryptocurrencies of that time. The following years, however, were not so successful. Nonetheless, 2017 changed everything! This was because of the unbelievable Dash price – it was now possible to buy one altcoin for as much as $900!

Of course, the current situation on the cryptocurrencies market leaves much to be desired; but this is true of all of them. Fortunately, Dash can still be found among the top crypto options out there for gamblers. Let’s consider the Dash gambling advantages one more time, to figure out why gamblers really need it.

Thus, this virtual currency offers some great opportunities for gamers. Like most other cryptocurrencies, it provides an anonymous game, with quick and inexpensive payments. However, thanks to the efforts of the developers, Dash has made a quantum leap in this regard; because the system is better protected, transactions are faster and cheaper, and personal data is inviolable.

How to Start Playing with Dash?

Dash team has developed its wallet, which is now called Dash Core. On the official website, users can download versions for Windows, Android, and iOS. There are several types of altcoin wallet:

Where to Buy Dash Coins?

Dash is included in the rating of the top digital currencies in terms of market capitalization. Its constant expansion of features constantly attracts new users and investors. This leads to the fact that large services support it, allowing users to buy the desired number of altcoins.

It is worth paying attention to the fact that all the methods described here require, by default, that you purchase Dash for Bitcoins; although this does not involve an extra commission. You can also buy this altcoin for fiat money. However, in such a case, you will have to pay a 1% commission (and this figure doesn’t even include the internal commission of the exchange or exchanger).