HOME / Сryptogaming - New level of Online Gaming Security and Anonymity / Does Stratis Gambling Have a Future?

By now, we’ve all got used to online gambling with cryptocurrencies. Every day, for a variety of reasons, more and more online gambling venues decide to switch to digital coins. Of course, some players are wary of acquiring this kind of assets; however, they can actually benefit a lot from this innovative approach.

“Old-timers” like BTC, ETH, and DOGE have already become assimilated to the sphere of crypto gambling. Some of them have even managed to take on several complicated issues; the current Bitcoin miner’s commission is an excellent example of such difficulties. Even though BTC and ETH represent a superb solution for gambling fans, it is becoming obvious that the market needs new blood.

As a first step, let’s figure out what Stratis is and why it is one of the primary options for crypto gamblers.

What You Need to Know About Stratis

If we’re discussing the cryptocurrency known as Stratis, it is useful to begin by mentioning that the project is based on the BaaS (Blockchain-as-a-service) platform, which is aimed at creating products for corporations in the financial sector. Stratis allows you to create custom blockchain-based applications intended for specific goals; simplifying the process of development and speeding up the life cycle of projects based on blockchain technology.

Stratis system capabilities allow any organization to create independent blocks in order to realize their goals and meet specific needs. All of these blocks are attached to the Stratis main blockchain, while the communication with them is maintained via the Lite client and API.

Companies get an opportunity to use the advantages of the system blocks for boosting their applications while connecting the blocks with the main chain does not require any financial costs and also eliminates any difficulties with creating and maintaining their infrastructure. In addition, Stratis blocks combine new features with preexisting ones, for example, those of Ethereum or Waves blockchains. 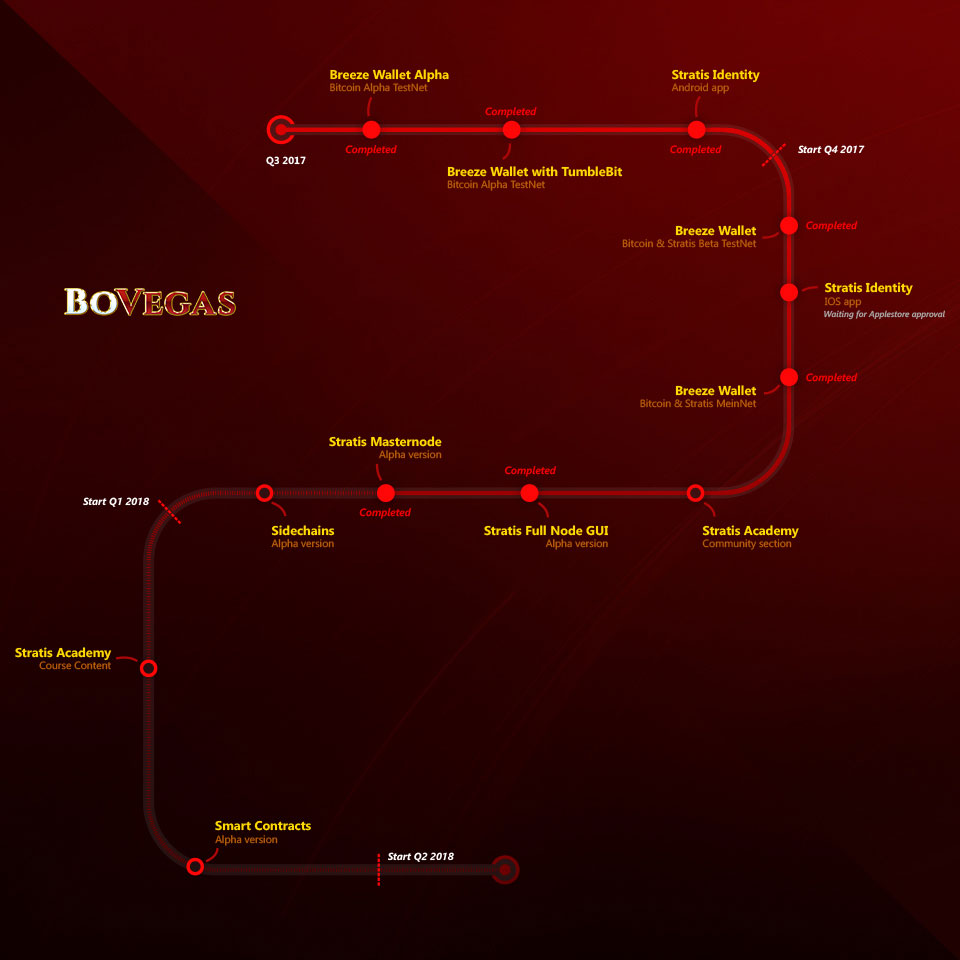 C# Stratis Bitcoin Full Node is a platform which is a basis for Stratis. This solution was developed on top of the NBitcoin library by Nicolas Dorier. Considering that NBitcoin is based on pure C# code and the .NET platform, the development and support of the system is easier as compared to traditional C ++ Bitcoin Core source code. The Stratis development team also provides consulting services regarding their project functions and capabilities. They have started to render their consulting services in London and intend to enter the international arena in case of demand.

The launch of the nStratis Development Framework (SDF) has opened up the possibility of creating a blockchain using C # and .NET. This step will reduce the time spent on building open source applications and cross-platform blockchains within Microsoft .NET. Today there is a wide range of programmers who are actively working on C # .NET – the dominant languages in the development of business applications.

How Stratis Differs from Ethereum

Despite the fact that these two projects are similar to each other in terms of their concept, in fact, they are entirely different. Stratis works on the basis of a Bitcoin blockchain; however, its uniqueness lies in the fact that it offers developers the possibility of programming in C #. This, in turn, opens up a wealth of opportunities for developing different types of applications for many areas.

Why Gambling for Stratis?

If Dash is considered a young cryptocurrency, then it is not quite clear how to call Stratis. This coin was established in 2016, but already in the early summer of 2017, its market capitalization overcame one billion dollar mark.

The new cryptocurrency was distributed through ICO – the initial offer of tokens. Yes, this is the very model of collecting money for projects, which almost all financial media of the world was buzzing about during the last year.

Billions of dollars and partnership with Microsoft Azure do not appear out of thin air. So, what is special about this cryptocurrency that managed to attract the attention of the computer technology giant?

The most likely explanation is that it’s a matter of combining Bitcoin consensus with the latest developments in the blockchain technology, along with an experienced development team. By the way, their consultant is Mahesh Chand, who has obtained the title of “Most Valuable Professional” of Microsoft as many as twelve times.

Some Important Features of Stratis Platform

Since the Stratis platform has just started to gain momentum, there are currently only a few virtual gambling venues that are accepting this cryptocurrency. However, it is far too soon to draw hasty conclusions from this alone: the development of the Stratis platform hints that over time, more and more people in the cryptocurrency community will consider this crypto asset. And this means that announcements about new online casinos supporting STRAT are just around the corner!

How to Start Playing for Stratis?

First of all, you need a place to store your STRAT coins. One of the two options are available:

You will need to replenish the account using other cryptocurrencies or fiat money. After that, you can send your coins to the corresponding address of the Stratis casino which you decided to play at.

If you have decided to get some coins for free, it is best for you to go to STRAT faucets that can help you achieve your goal by playing games, completing surveys, referring friends, or even for watching videos. You can find plenty of faucets when surfing the Internet; as for us, we’ve bumped into the following ones:

Of course, you may find more options and gradually collect some of these altcoins.

The authors of the project have set the right technological goals, offering companies all the improvements the business community could possibly need. The Stratis team intends to attract a large number of corporations and financial institutions to their platform, in order to turn the project into a leader in the development sector of blockchain technology. If the creators of Stratis succeed in this, then their project will receive significant potential, which will also affect the cost of the STRAT coins.

Related Posts
Ethereum Gambling Is On a Roll
Benefits of Dogecoin Online Gambling
Why Casinos Prefer Cryptocurrency as a Payment Met...
There’s So Much Happening on the Crypto Side...
Tags: Bitcoin, Crypto gambling, Dogecoin, Ethereum, Gambling, Online casino, Online gambling, Payment, Stratis, Withdraw
Popular Posts
The History of a Card Deck and Its Symbolism
40035 views
The Biggest Casino Wins of All Time
30843 views
Insightful Baccarat Guide
23902 views
Roulette and Probability Theory: Math That Gets Interesting
17171 views
Top 10 Movies About Lottery Winnings
15980 views
Last Posts
Origin of Casinos and Their Development Up to Present Days
252 views
Greyhound Racing: History, Interesting Facts, Betting
160 views
How Will Casinos Look in the Future?
174 views
History of Gambling In Ireland
147 views
The Symbolism and Spirituality Behind the Card Deck Suits
180 views

Games of chance can be fun, and most of them are built around the notion of good luck, which may or may not help a player win. However, some games require more than just good luck or coincidence, if you will! Some of them need meticulous strategies and intelligence to help you master them to […]

WPTDeepStacks is among the world’s major poker tournaments held by the World Poker Tour, which also includes the exciting Rock and Roll Poker Open. If you had the misfortune of missing all the thrilling poker action at Deauville, read all about it in our review! World Poker Tour Deepstacks Deauville Deauville is a beautiful place […]