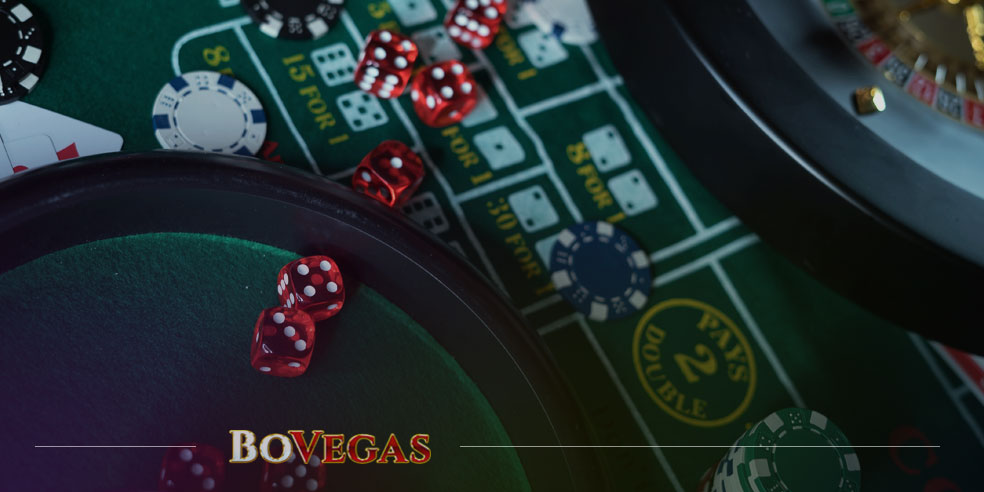 The history of humankind is tightly bound up with the history of gambling. The earliest human civilizations, like the ones that originated in the Mesopotamian region and the ancient Chinese civilization, had already invented several ways to gamble thousands of years ago; so all that serves as the best possible proof of this statement!

However, the history of gambling also has many stories to tell us about the restrictions that were adopted to stop gambling activities. In some historical periods, those bans were mostly caused by religious beliefs and superstitions, and sometimes they had a very rational background! Nevertheless, none of the states that had ever declared war on gambling were completely successful in this affair, because the passion for gambling has always been stronger than the fear of being punished!

In such a way, the restrictions quite frequently turned out to become a great boost for creative people who wanted to find a way to get around those laws. That’s why illegal or semi-legal casinos had existed since antiquity and are still functioning in countries that have harsh anti-gambling laws.

However, illegal venues like this have always been pretty easy to bust, unless you’re paying a big cut of income to the local authorities. But what if the casino doesn’t have a certain location and could be moved from one place to another in a matter of hours or even minutes? Well, it looks like a great idea to establish a casino on a boat!

Now it’s hard to say for sure who first invented this curious tradition, but we can definitely say that it happened a long time ago! Some early sources claim Ancient Greeks, who were widely known as the most skilled sailors of antiquity, used to play different games, both for fun and for real money, on board their trade and military ships. In Ancient Rome, where gambling was even more popular, sea-based gambling was also a popular thing! And needless to say, the sea pirates throughout 16 and 18 centuries were definitely among the most noted naval gamblers in history!

But let’s go straight to recorded history and the well-known facts. A good place and time to start our story is the Mississippi River region in the early 19th century. That was the time when giant steamboats were leisurely moving up and down the river, carrying their travelers and cargos. These river voyages were often long ones, and most of the passengers were desperately looking for some kind of activity to kill time. So of course, gambling came as a natural solution!

For almost a century, those boats were popular places where people could gamble without breaking the law. These steamboat casinos were a big part of American casino history and left us one of our greatest legacies – the game of poker! Yes, that’s right: most historians believe that the Mississippi steamboats were actually the cradle for the world’s most popular card game!

However, Mississippi steamboat gambling also faced a number of obstacles during the 19th century. Many professional players and cheats took advantage of the less experienced players and used those casinos as a way of making money for a living! Also, some states decided to put restrictions on river-based gambling and prohibited boat owners from allowing gambling while the boat was in the dock. By the early 20th century, the boats simply went out of fashion, due to the popularization of the railroad as a fast new form of transport.

Boat Gambling in the 20th Century

The Prohibition Era in the United States was a period when illegal businesses like speakeasies and illegal gambling venues were opening all over the country. You probably know that the first Las Vegas casinos were opened in the desert, even before gambling policies were adopted in the state of Nevada. Of course, many of the mob bosses who were involved in this illegal business were planning to start one themselves, enviously watching the success of their competitors. And that’s how the first boat casinos appeared near the shores of California.

The first-ever casino-boats appeared not far away from the Golden State’s coastline in the early 20s. This was a brilliant commercial idea, because California was going through its booming years, so new people and big wealth were floating into the state. A lumber schooner called “Johanna Smith” was one of the first well-known boat casinos, and it successfully operated in the coastal waters from 1928 right up to 1932, when the ship was destroyed by fire! The city of Long Beach was a real hotspot for boat gambling; so back in those days, its harbors hosted many new ships that were used as floating casinos.

The great advantage of California coastal gambling was the fact that it wasn’t illegal. So even though many local politicians and officials were highly critical of floating casinos, there was no actual legal precedent for shutting them up. The downfall of coastal casinos only happened in 1948, when President Harry Truman signed a law that prohibited gambling in US territorial waters.

This meant that floating casinos had to move at least 14 miles away from the coastline, before they could allow any gambling to take place on board. This law made nautical casinos much less profitable, and soon they all ran out of business.

Do you remember the story of the Mississippi River steamboats that we told you before? Well, the peculiar thing is that after a 100-year break, the next chapter finally began! In the early 1990s, some of the states decided to renew their fine old tradition, and so they made boat casinos legal again. And by now, Mississippi casinos have already become an important source of income for such states as Mississippi or Missouri annually, bringing millions of dollars to the state treasury.

However, you don’t necessarily need to travel to the American South if you want to play roulette in a floating casino. These days gambling is also quite popular in international waters. Most of the present-day cruise liners feature casinos that fling open their doors as soon as the ship leaves the nautical territory belonging to any country and allows its clients to gamble until they arrive at the next port.

Of course, such cruises are not really that cheap in the first place, so those casinos are pretty hard to get into. However, just imagine yourself winning a jackpot at the same moment when you are crossing an equator on the way to Patagonia! That sounds pretty good fun to us!

Related Posts
What Does a Pre-Flop Re-Raise Tell You?
How to Stay Calm at the Poker Table
Top 4 Casino Table Games Requiring Strategic Think...
How to Play Roulette and Win: Tips and Easy to Fol...
Tags: Casino, Gamblers, Gambling, History, Table Games
Popular Posts
The History of a Card Deck and Its Symbolism
39360 views
The Biggest Casino Wins of All Time
30192 views
Insightful Baccarat Guide
23687 views
Roulette and Probability Theory: Math That Gets Interesting
16787 views
Top 10 Movies About Lottery Winnings
15189 views
Last Posts
Origin of Casinos and Their Development Up to Present Days
184 views
Greyhound Racing: History, Interesting Facts, Betting
100 views
How Will Casinos Look in the Future?
117 views
History of Gambling In Ireland
95 views
The Symbolism and Spirituality Behind the Card Deck Suits
125 views

There are many states where the status of gambling is not determined by the government. Germany is one of the most well-loved countries in Europe, and it’s no wonder many players would like to spend some time there. Every year major poker events are held in big German cities, but the status of the gambling […]

Celebrating Chinese New Year is nothing without a good blackjack game! The Asians believe that this helps predetermine the luck for the rest of the year. Blackjack is one of the best examples for diving into the cultural diversity of South Asia and to see what is so special about this game. Known as Ban-Luck […]

Have you ever wondered how to bet faster, more efficiently, and at any time, day or night? If so, you’ve probably heard about certain automated programs called gambling bots. The latter are a kind of software which uses specific algorithms, in order to interact with websites APIs and place bets without human input. These innovative […]

As far back as records indicate, gambling has been a significant source of entertainment in the world for over 4,000 years, and it has been discussed in many books about Ancient civilizations. During these historic eras, and in the periods that followed, women were considered to have a low stature in society, and in many […]