The Martingale Progression: The Best Betting System for Playing Roulette? 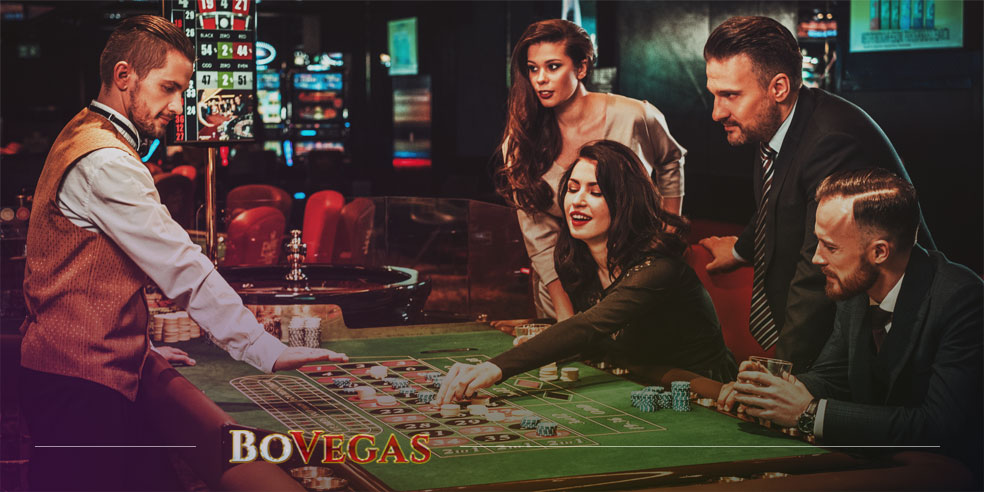 In a way, the common belief that a ‘sure’ winning strategy in a game of chance exists is akin to the concept of a ‘magic pill’ – take it and you win. In practice, it is difficult to find many people who got rich playing roulette, while there are tons of stories out there about people who were broken. Equally, you could often hear something like, “I was very close; the system worked well, and I just was one step away from a huge win.”

Nevertheless, there are still many people who believe in betting strategies, and it won’t be an underestimation to say that this situation has not changed much for centuries. One of the best-known systems of this kind is based on the Martingale Progression.

The Idea of the Martingale Progression

The idea is very simple: double up your bets until you win. Theoretically, it works for even chances, like black-red, odd-even, high-low, dice (not loaded), coin flip, etc. Indeed, you cannot keep on losing forever, and at one point when you win, your winnings coming from the doubled bet will cover everything that you lost – plus one unit.

This system has its dedicated followers who firmly believe in the power of the algorithm. And there are many merciless critics who call it merely elusive. There are also other people, called “anti-Martingale” players, who do exactly the opposite: they decrease the size of their bets when they lose and increase when they win.

The beginners, perhaps, appreciate the system more than the experienced gamblers. And the mathematicians have developed different models, based on this algorithm, that have made the whole thing even more complicated.

The Origins of Martingale

It is unclear where Martingale came from – as an idea and as a word. Most likely, it originated from the Arabic “al-mata’a”, which means “fastening.” The word migrated into Spanish and morphed into “almartaga,” with the same meaning, but narrowing it to the part of a horse harness used to prevent the horse from jerking its head – but it is still not clear how the part of the horse harness can be related to doubling your bets.

A little more confusion (as it often happens) came from Southern France, where there had been a settlement Martigues  – its dwellers, called “martegales,” were said to be reckless gamblers. But tales of such kind are really very difficult to prove – we have no records that once upon a time there was a “martegal” gambler from Martigues who was the first to use this betting system and won a fortune. Neither do we have a valid proof to suggest that the village was named “Martigues” because of being related to a horse harness.

As if all the above is not enough, there was another “martegalo,” referring to a rope that was used to secure the flying jib of small sailboats. There have been skillful Mediterranean fishermen and sailors from Southern France called “martegaux” and they used this bowsprit rope and gave it its name.

Well, it hardly looks like we are going to find out where and how the word “martingale” got into gambling. And it is only a part of the controversy this concept still arises.

The popularity of Martingale – at least as a nice idea but perhaps not as a practical guideline to follow – is maintained by the long history of the issue that has been in the gambling spotlight for several hundred years. The idea had a lot of time to grow roots. Even James Bond played Martingale on red by table #5 in the famous Casino Royal novel by Ian Fleming. Nowadays, many people know about this algorithm; even if they don’t remember the word “martingale,” they have surely heard about the idea to double up your bets.

Indeed, this betting system sounds great, but you should be very careful if one day you decide to try it. It is very dangerous and risky. The effect of doubling up can be devastating to your bankroll.

Actually, this effect has been around since time immemorial. Some 2500 years ago, there was a monk in India who taught the local raja a wonderful game to be played on a checkered board 8×8 – with the figurines of elephants, horsemen, infantrymen, etc. It was chaturanga, the ancient precursor to modern chess. The raja was so happy and liked the game so much that he let the monk ask anything for the reward. The monk said, “Okay, give me 1 wheat grain for the first check of the chessboard, 2 grains for the 2nd, 4 for the 3rd, 8 or the 4th, 16 for the 5th, 32 for the 6th…”

The raja thought it would be just a handful of grains altogether, but as it was a geometric progression, even the most simple one, he would not have been able to give that much grain to the monk. In fact, nobody could. The math says it would have been 1,645 times more than the world’s output of wheat in 2014.

Geometric progressions would take you to very large numbers – numbers that would, indeed, be impossible to handle. And now imagine that you have played Martingale long enough, or a bit too long for your bankroll. For example, if you start betting $5, then after eight losses running, you would have to bet $1280. Good for you if your bankroll allows you to do so. But in reality, you would hardly find an ‘unlimited’ table. Most casinos have their table limit set as 300 of the minimum bets. But your 10th bet would exceed this limit as it is going to be 512 times your minimum bet – provided you started with the lowest bet possible and suffered from a losing streak of 10 spins in a row.

These are the two basic limitations of playing Martingale: if it is not your day, you could drain your bankroll and reach the table limit even before you win. However, there is still a big advantage of this betting system: at the moment of your win, it allows you to regain all previous losses. That is why, in certain circumstances, it can be a workable strategy.

Handling Your Streaks: Which Kind of Martingale Is Better?

This is the challenge you need to be aware of if you decide to play Martingale. Standard Martingale practice implies doubling up your bet every time you lose until you win and then immediately coming back to the minimum bet. But we all know that luck, either good or bad, tends to come in streaks. Imagine playing Martingale and winning, and then coming back to the lowest bet and winning again – but you could have won much more if you were still betting high. So, if you want to catch a winning streak – Martingale is not for you.

There is a modification called “stop loss” Martingale. Usually, it implies four steps up: you bet 1-2-4-8 and then if you lose 4 times you come back to 1 at your 5th bet. This ‘stop-loss mode’ prevents you from losing more than 8 times your initial bet, but it equally prevents you from winning more: your 5th bet could well be the winning one, but if you come back to the lowest bet level then your win will be really small.

And finally, the anti-Martingales. They believe that as long as traditional Martingale betting methods cannot help in handling streaks, while both good and bad luck comes along precisely in streaks, then a gambler should double down his bets when he is losing and double them up when he is winning.

It is interesting to mention that both Martingale and anti-Martingale approaches are appreciated by some currency traders and used in trading operations. This fact only illustrates that in the modern world many kinds of economic activities become, in fact, gambling-like. Then there is no wonder that gambling strategies are being used elsewhere. Especially when trading systems are considered with their sometimes long-lasting up- and down-swings.

But doubling your bet, regardless of the trend, can lead to a massive loss, especially in games like roulette when the results are fully random and the previous spin outcome has no influence on the next.

Related Posts
Top Psychological Tricks in Poker
How to Get an Upgraded Suite in Vegas
Strip Poker: The Art of Stripping Like a Pro
Betting on a Dozen Online Roulette Strategy
Tags: Betting, Casino, Gambling Games, Martingale, Progression, Roulette, System
Popular Posts
The History of a Card Deck and Its Symbolism
42856 views
The Biggest Casino Wins of All Time
35922 views
Insightful Baccarat Guide
25573 views
Roulette and Probability Theory: Math That Gets Interesting
19977 views
Top 10 Movies About Lottery Winnings
19531 views
Last Posts
Origin of Casinos and Their Development Up to Present Days
822 views
Greyhound Racing: History, Interesting Facts, Betting
681 views
How Will Casinos Look in the Future?
764 views
History of Gambling In Ireland
654 views
The Symbolism and Spirituality Behind the Card Deck Suits
759 views

The Strength of Your Hand vs. Your Position in Poker

Because the relative strength of the hand you’re playing is so dependent on your position, it is quite obvious that you should be playing the strongest hands possible when you choose to play from the worst possible positions on the poker table. How to Act While You’re in the Early Position at the Poker Table Let’s […]