How to Play Red Dog Poker 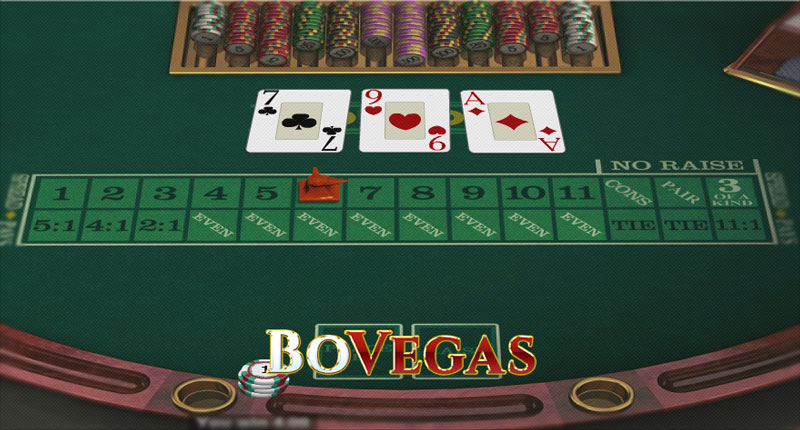 This historic poker variation can be traced back as early as the 12th century; indeed, it actually precedes all existing card games. It is also considered by many to be the predecessor of poker itself! Before being given the name of red dog poker, this game was called in-between. Actually, it only gained its current “title” after Las Vegas authorities legalized gambling in 1931. The latter event was followed by a slight modernization of in-between. Eventually, the game underwent a comprehensive transformation, until it became the well-beloved gambling game of today.

Today, the red dog poker game is greatly decreasing in popularity and retaining its high status only in online casinos. It is believed that such a decline is related to the growing popularity of the standard poker game. However, red dog is still regarded with some favor by gamblers worldwide, enjoying a limited presence among fans of online gambling. Here, we are providing an in-depth overview of the gaming mechanism lying behind red dog.

In red dog, only three cards are used at a time, with two cards being placed face up after a bet has been made. There are three possible outcomes for the game:

1) if there’s a consecutive sequence of cards, the hand is considered a push, and the bet is returned;

2) if the two cards have equal value, then it’s time for a third card to be dealt. If the third card has the same value as the first two, it means that the payout is 11:1, and if that card turns out to have a different value, the hand becomes a push;

3) if there is neither a consecutive sequence of cards nor two cards of the same value, then the dealer announces a spread, which determines the payoff, and then the third card is dealt. And before it’s dealt, players can opt for doubling their bet! Once the value of the third card is between the first two, then players receive their payoffs in accordance with the spread and if it doesn’t, the wager is lost.

Red dog tokens are distributed to every player, with every of them placing one token in the center of the table, so as to finally make one pool or pot. Each player is expected to ante one chip to the pot; and if the pot is empty at any point of the game, every player has to ante up one chip to it. After this, the first player makes a bet: an amount equal to the pot. The wager can’t be bigger than the number of chips placed in the pot. And if the player refuses to wager, they still need to place a chip in the pot anyway. Or if they do actually opt for making a bet, then the top card is turned face-up.

The game starts out with a bet. And as mentioned above, this is followed by two cards, which are played face-up. If the betting player has a card of the same value or higher than the top card, they show the card; and then they retrieve the amount of the bet, adding an equal amount from the pot. If, however, the player doesn’t have a card that beats the shown one, they are supposed to show their entire hand; and then the amount of the bet added is added to the pot. Then, the next player places a bet, and another card is turned.

Raising with six or more spreads increases player’s chance of winning by over 20%. However, some seasoned players don’t recommend raising the number of spreads, as it eliminates the odds of winning to as low as 50%! There’s also a time-proven strategy that you can enhance your winning odds by as much as 10%, by playing with multiple decks that normally decreases the house edge. It is commonly believed that the 8-deck tables that you often find at both online and bricks and mortar casinos offer you the best possible chance of winning!

Traditionally, the WSOP Circuit is conducted in the Czech Republic at the Royal Casino in Rozvadov. The WSOP-C events always attract a large number of participants ready to show off their poker skills, and the series in Rozvadov was no exception. The first Opening Event is part of the World Series of Poker. It brought […]

A Comparison of Online and Land-Based Roulette

While enjoying your favorite pastime, it is paramount that your environment is pleasant. It needs to motivate you to be persistent and help you unwind so as to put the everyday drudgery behind. And, depending on who you are as a player and what kind of things excite you, there are two options – we […]

In November 28-29 at Santa Clara Convention Center, in Silicon Valley, we will have a chance to learn more about the Internet of Value. The event will run over the course of two days, and it will be held at the most prestigious convention center in the whole of Silicon Valley. The number of investors, […]