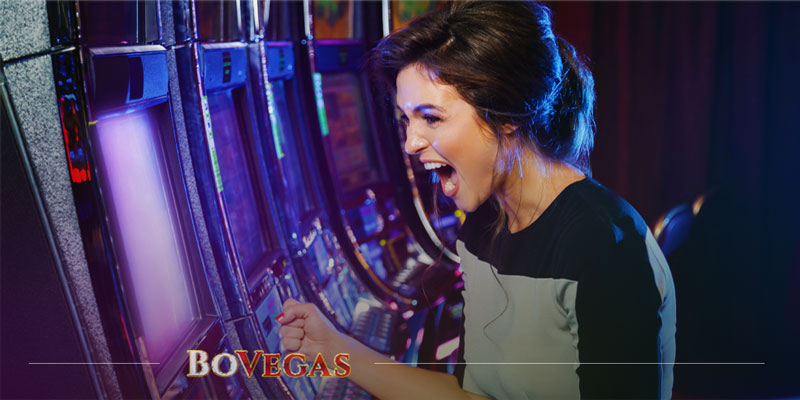 Winning a multimillion-dollar jackpot in Las Vegas by only spinning a reel is almost impossible, but it still happens from time to time.

With the introduction of progressive jackpots, the odds of winning big with a single spin has increased exponentially. As a result, players in Las Vegas casinos can win jackpots that run not into millions, but multimillions.

Slot games are among the most prevalent form of gambling in land-based casinos, and every player on the planet wants to break the bank when they spin the reel of their favorite slot machine.

We have compiled the seven biggest slot wins in Las Vegas history, so you can see for yourself that hitting the jackpot is possible.

The Biggest Jackpot Ever

Sixteen years ago, a 25-year old software engineer won the biggest slot jackpot ever. The player, who wanted to remain anonymous, won $39.7 million playing a hundred buck banknote on a Megabucks slot machine at Excalibur Hotel and Casino.

The progressive Megabucks jackpot was paid in equal parts over 25 years, which means he still receives over a million dollars annually.

Whoever this lucky duck was, he made an enormous contribution to Vegas history. Now, players from every cor  ner of the world gather in Sin City, hoping to recreate the magic of his win.

In 2000, Cynthia Jay-Brennan, a Monte Carlo casino employee, hit the second-largest jackpot in Vegas history, almost breaking the record. She wasn’t a gambler, but she was a true slot-fan.

She put in $21, betting $3 per spin. The money was gambled quickly, and when she thought about moving to a different slot, Jay-Brennan decided to do one last spin. That’s when the luck hit her hard with almost $35 million!

However, this story has a sad ending. When Cynthia’s family came to visit her in Las Vegas, they went to have some fun in the evening. She, along with her sister Leila, rode separately from the rest of the family. When they stopped at a red light, the girls were rear-ended by a drunk driver. The collision was horrific, causing Leila’s immediate death. Cynthia was taken to the hospital; the vertebrae in her spine had been shattered, which meant she wasn’t able to walk again.

The money she won was extremely helpful in paying off her medical bills. Plus, Cynthia Jay-Brennan hasn’t stopped there. She donated 1,000 wheel-chairs to the disabled, who couldn’t afford them, and thousands of dollars to support an organization against drunk driving.

A 67-year-old retired flight attendant spent $100 on her favorite slot machine and ended up winning $27.5 million in the Palace Station Hotel. She originally planned to spend only $100; however, she decided to invest $300 in a Megabucks slot machine. Seems like you don’t need to be afraid to lose money because, sometimes, that’s when you win big!

An interesting fact: a few months before, she won $680 from the Wheel of Fortune. This lady is definitely a lucky one!

How About a Couple of Millions Before Breakfast?

There is an old expression: the early bird catches the worm, and in this case, the $22.6 million jackpot! Johanna Heundl, 74, was on her way to grab breakfast on a sunny day, stopped at a casino to play a Megabucks slot machine and hit the jackpot. Sounds impressive, doesn’t it? 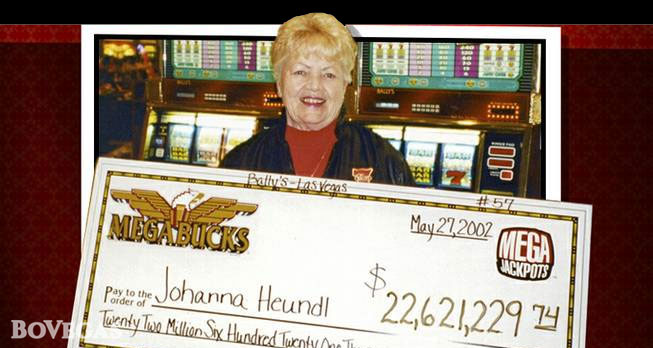 Jackpot from the First Spin

In 1999, an Illinois self-employed business consultant put a $10 bill into a slot machine at Caesars Palace and hit the jackpot on the first spin, ending up winning $21.3 million!

We can only imagine what he did with all those millions, but this man was definitely in the right place at the right time!

How to Win a Jackpot When You Are 92

Elmer Sherwin is one of the luckiest men on the planet. He managed to collect not one, but two jackpot wins during his lifetime. The odds of winning are astronomical, so we may say he is a lucky man, that’s for sure!

In 1989, he went home with $4.6 million from the Mirage on the Las Vegas strip, right after the casino opened. But real success hit him in 2005, when the 92-year old Elmer added $21.1 million to his bank account from the Cannery Casino.

A Jackpot for Free

They say the best things in the world are free. They are, indeed! A Las Vegas woman decided to stop by the M Resort Spa Casino in Henderson and play with her ‘free play’ credits and grab dinner with her dining vouchers. Well, it was the best decision of her life.

This lucky woman, who wished to remain anonymous, won a $17.3 million jackpot.

What You Need to Know

The biggest bet in the history of gambling was made by the fearless adventurer William Lee Bergstrom, which amounted to $777,000 million. Placing his last money at the Horseshoe Casino, this daredevil was too lucky, and he won the bet. Later he decided to place a few more bets but it resulted in losing a lot of money.

Some gamblers like card games, while others are keen on slots. But there is a list of games with easy and exciting rules for every sophisticated casino visitor. You can enjoy and relax playing Blackjack, Bacarrat, Craps or Pai Gow Poker as well as Video Poker and European Roulette.

All Las Vegas casinos are very popular and well paid, but the highest odds of winnings are in the largest and well-known ones, such as Caesars Palace, El Cortez, Palms Casino Resort, The Mirage Casino, Hard Rock Casino, and Golden Nugget Casino. But again, don’t forget that you can win anywhere, it just a matter of luck!

On May 14, the AGA (American Gaming Association) finally announced its long-expected Responsible Marketing Code. It is aimed at regulating the Association’s activities in advertising sports betting. In many ways, this is a remarkable event. It was well-timed to coincide with the 1st anniversary of the historic decision of the US Supreme Court to lift […]