Gambling Addiction on the Football Field 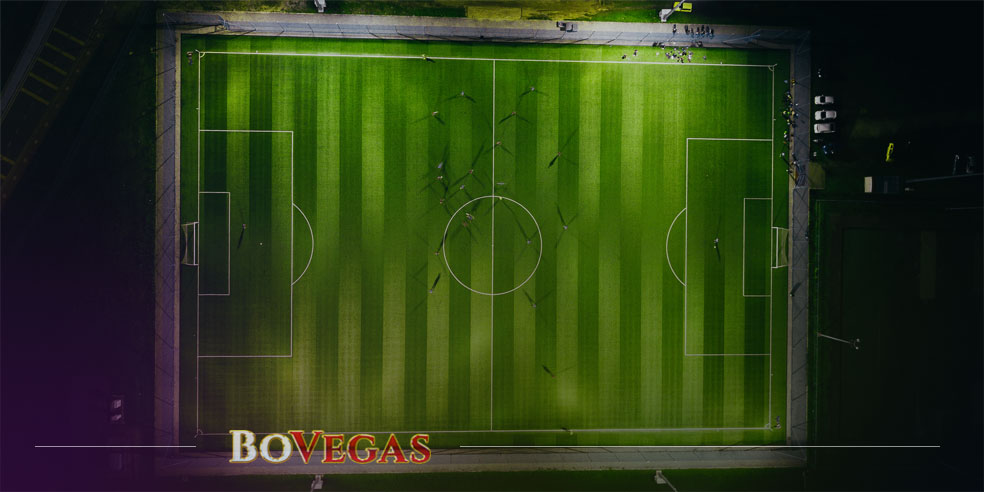 You won’t be surprised if we say that professional footballers are often wealthy! They live in modern mansions, go on holiday to the most desirable places and eat at the fanciest restaurants. Of course, they also need to clear their heads from time to time and relax. Sometimes, they get into drugs and alcohol, but some of them choose a more elegant way to spend their leisure time— playing casino games!

However, sometimes the love of gambling can lead to the loss of thousands or even millions of dollars, and this sometimes happens even with professional footballers. So, let’s take a look at some of those sportsmen who have had to confront their gambling addiction. 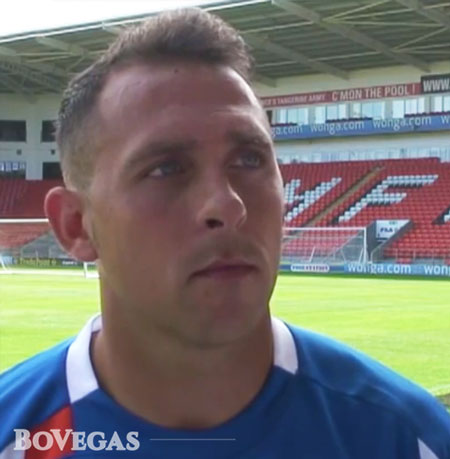 It’s impossible to start our hit parade with anyone else but this Newcastle-born central forward, who has played at ten different clubs throughout his football career. Michael Chopra, the world record holder of the fastest substitute goal, once blew up almost everything he had because of his compulsive gambling!

His first bet was to be his worst bet, and since he began to earn more over the years; so he began to play away more and more of his money. Chopra played  24/7, losing up to £20,000 per day, and then he ended up with a couple of million pounds of debt! So that’s precisely why he signed a contract and then moved from Cardiff City to Sunderland Football Club to pay off the debt.

His addiction went so far; he used to wake up at night wanting to do some sports betting. But that’s not all! The real problem occurred when he used illegal insider information to place bets on horse rides. As soon as the British Horseracing Authority found this out, Chopra was banned from betting for ten years, until 2021.

Chelsea’s former forward got a huge addiction to gambling while recovering from a knee injury he sustained while playing for Barcelona. It started simply as a way of killing time and boredom; but Eiður Guðjohnsen, now an assistant manager of the Iceland national under-21 football team, ended up owning two banks in Luxembourg and Iceland, with assets of 6 million pounds!

In 2003, with a smile on his face, Guðjohnsen said on television that he spent all his free time in the casinos, gambling away all the money he could. As a result, he wasted more than £400,000 in less than half of the year. However, after he revealed his gambling problem, the Icelandic footballer promised to never gamble again. And it seems like he’s still sticking to his vow! 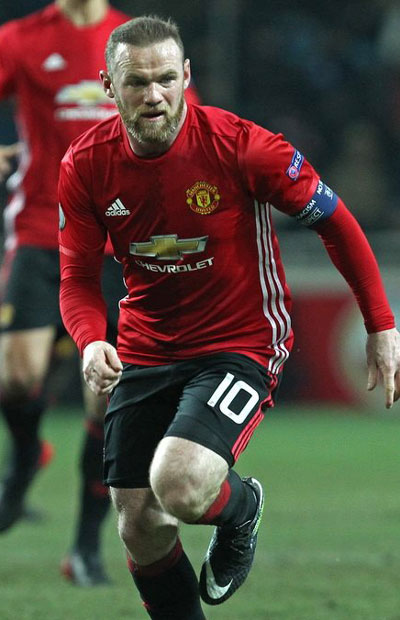 A former Manchester United ace, who won not only the Premier League, but also the UEFA Championships and FIFA World Cup, was one of those professional footballers who got stuck into gambling in a big way. During a blackjack and roulette game at Manchester’s 235 Casino, D.C. United’s forward was capable of losing £4,000 per minute.

Witnesses say Rooney was bold and reckless; he could place massive bets only on the red and lose hundreds of thousands of pounds. An incredible amount, one might say! The problem was that this footballer thought he was lucky enough to win every time he placed a bet.

However, Rooney’s wife was not happy at all, seeing her beloved husband losing half-a-million pounds in one single night at the casino!

Some footballers start playing not for fun, but rather to help themselves get through difficult times. One successful German defensive midfielder, who played for Bayern Munich, Newcastle United, Liverpool, and Manchester City, became a frequent casino guest after his marriage collapsed. 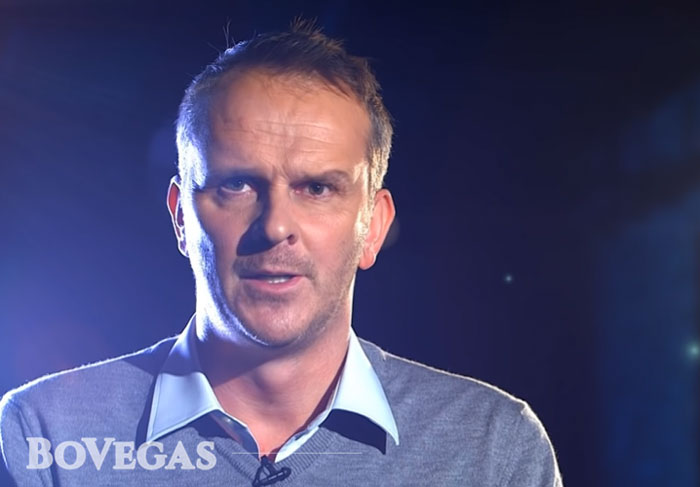 While his gambling habit began as a way of distracting himself from the pain of his divorce, Hamann eventually ended up betting enormous amounts. Alcohol and insomnia problems stimulated his gambling addiction and ultimately led to debts of £700,000.

Didi himself described those days as a painful experience; the kind where he could lose up to £300,000 in one night at cricket bets!

Luckily, Hamann is made of steel, and his stoic German spirit helped him to overcome the problem and pull himself out after he had finally reached rock bottom.

Recently, in 2019, the former Arsenal star burst into tears on television. Speaking about his gambling addiction, Merson confessed that he had once battled alcoholism, but that there was nothing in the world worse than this addiction to games.

The toast of the world, Merson was still tempted to hide his losses from his ex-wife. While he was earning £10,000 per week, he lost a total of £7 million. His despair went too far when at the height of his addiction, Paul wanted to break his arm, so he would not be able to call his bookmaker.

But in 2003, thanks to the Sporting Chance Clinic, the football legend got clean and managed to take control of his addiction. 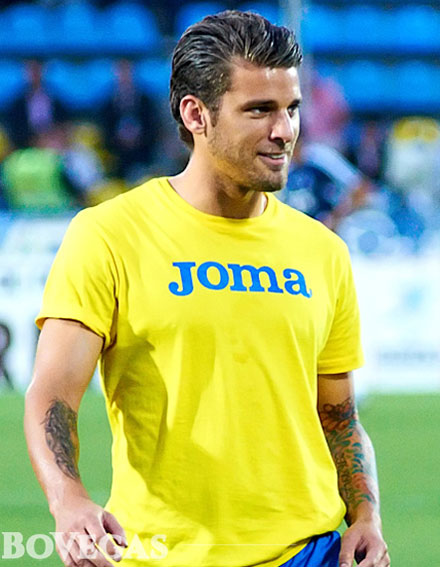 “I blew thousands in a gambling hell,” this Tottenham winger said about his gambling problem. Starting at the age of 14, he used to go to betting shops, where he began to make money and get used to poker and bingo, as well as betting on horses and dogs.

David wasn’t too keen on video games; so betting was able to fill the void and take up all of his free time. As he was absolutely mad about his addiction, the first thing Bentley thought about in the morning was betting, not football. He could make 50-100 bets per day; believing in success, but losing thousands of bucks.

Although, when things went out of control, the player was able to save himself from problems, thanks to his girlfriend, many still argue about whether this gambling addiction ever affected his career path as a footballer.

The thrill of winning, the adrenaline rush, and the positive emotions — that’s what we’re all craving for, and that’s one of the reasons everyone wants to try some casino games. Playing poker, roulette, or just slot machine is supposed to be fun and exciting. Even Cristiano Ronaldo has been spotted at the casino, enjoying a nice game of poker.

However, there is one thing you should always remember. Whether you are a professional footballer or just a casino fan, keep in mind that technically, you cannot always win. So be ready to win as well as lose. But make you always enjoy the game, anyway!

What Is the Best Bet in Roulette?

The game of roulette offers a broad variety of betting options. With all the possible betting methods and strategies that gamers may use in an attempt to get lucky, wagering money on roulette can become a challenging, and even a thrilling, task. The intrigue is that whatever betting decision you make before the next spin, […]

Catch Me If You Can: The Consequences of Casino Cheating

The cinema industry has always glamourized casino cheats. From 21 to Rain Man, some Hollywood movies have shown how easy it is to cheat at casinos. But is it really that easy? Do real people in land-based casinos easily get away with cheating without any consequences? Casino cheating has been a significant problem since the […]

What Casino Game Has the Best Odds of Winning?

This question is probably as old as casino gambling itself. But risk-takers are still playing every game they can their hands on, both in online and land-based casinos. This fact is one piece of good evidence to say that the “best odds of winning” problem still doesn’t have a good answer. Of course, there are […]

Everything You Need to Know About WPT

When poker events are broadcast all over the world, this is something true fans of the game simply cannot afford to miss! The World Poker Tour is one of the global brands to take care of this and also of the TV production of the live events. One of the most important events held by […]