Gambling activities have been firmly established in many Asian countries since ancient times: in India, they were even considered as a way of conflict resolution, while the early production of paper in China pushed the invention of cards. Today, Asia is the world’s biggest gambling region. This does not only provide great entertainment for local communities; it also influences Western casinos to a great extent. We can hardly imagine a large gambling platform without our beloved Keno or Pai Gow Poker. Lots of games that are in high demand in European and American markets have Asian roots or are inspired by Oriental culture. Let’s explore some traditional games that came to us from Eastern countries.

Western customers are acquainted with a version of poker influenced by this game, while Pai Gow per se can really be considered a kind of Chinese dominoes. The main purpose of the game is to collect the maximum score of nine points: the dominoes are placed into eight stacks, and every player has to make two hands out of a stack containing four piles which would be higher than the dealer’s hands. It is a complex game, with some rather complicated scoring rules, including many exceptions; and because of this, Pai Gow remains a rather exotic form of entertainment, which is not attractive to the general public.

Pai Go Poker, by contrast, is extremely popular in both Eastern and Western casinos. Each player attempts to create a five-card and a two-card hand, in order to beat the banker’s ones. The game was invented in 1985 by a Los Angeles casino owner who was inspired by a Chinese poker called Pusoy.

This is a globally successful game that wins over gamblers by being easy and captivating. It seems a combination of lottery and bingo: players pick 5-10 numbers from a set, hoping they would match 20 numbers that will be randomly generated. Keno requires neither skills nor experience: users can even run an automatic mode which allows to play up to 10 times with previously selected numbers. 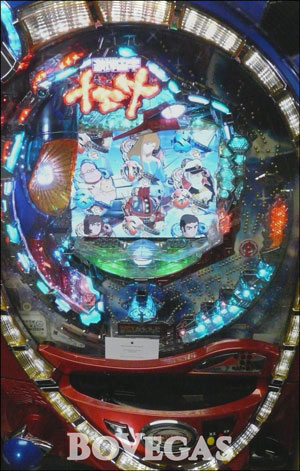 Just like the slot machines Western gamblers are familiar with, pachinko games are Japanese luck-based attractions. Pachinko parlors have a massive success among locals and are promoted as a must-visit for tourists. The older versions have rotating reels, while the newer ones feature animated screens. These machines, usually decorated in strident colors, have metal balls that activate the spinning: it’s somehow a mix of pinball and slot. Pachinko games are played quite slowly: it will take time to win.

This type of entertainment represents a significant item of Japanese revenue. In 2017, the number reached ¥25 trillion, which is more than Las Vegas and Macau bring together. Still, the majority of Western casino visitors don’t know what pachinko is.

This one is a popular dice game, also of Chinese origin. It’s a fast-paced entertainment which uses three dice, unlike a relatively similar game of craps which features two dice. It was introduced to the United States and Europe in the 1980s by Asian immigrants. The house edge for Sic Bo ranges between 2.78% for the most profitable bet and a horrible 33% for the sucker bet. There are lots of people who love this game, especially when it comes to the live dealer section.

This resembles a Western game of rummy, which is considered more as entertainment for home parties than for casinos. Usually, there are four participants in mahjong: everyone gets 13 tiles, and then they draw and discard the tiles in order to collect a hand of four melds (sets) and one eye (a pair).

Baccarat is one of the most popular games among Easter players. Some believe it suits the cultural preferences of Asian gamblers the most. Dragon Tiger is a two-card version of baccarat; it is usually set in a themed environment with oriental ornaments on the background. Two mythological creatures, the Dragon and the Tiger, serve as competing cards in this game.

There’s a huge variety of casino games that have originated from Asia. Apart from the ones we’ve mentioned, which are even well established on Western gambling platforms as well, there are some lesser known ones:

Also, a lot of slots produced by big European brands have Oriental themes, which draw upon both mythology and pop culture. With the Asian market growing, and some countries changing their laws in favor of casinos, we can expect some new waves of influence from this continent!

Related Posts
Dress to Thrill: Casino Fashion
Hollywood Slot Machines
Is There a Difference Between Speculation and Gamb...
What Are the Payouts on a Roulette Table?
Tags: Baccarat, Gamblers, Gambling, History, Landed casinos, Pai Gow, Poker
Popular Posts
The History of a Card Deck and Its Symbolism
41840 views
The Biggest Casino Wins of All Time
34617 views
Insightful Baccarat Guide
24962 views
Roulette and Probability Theory: Math That Gets Interesting
19044 views
Top 10 Movies About Lottery Winnings
18028 views
Last Posts
Origin of Casinos and Their Development Up to Present Days
564 views
Greyhound Racing: History, Interesting Facts, Betting
460 views
How Will Casinos Look in the Future?
500 views
History of Gambling In Ireland
426 views
The Symbolism and Spirituality Behind the Card Deck Suits
503 views

How to Beat Slot Machines

Every curious and thinking-outside-the-box gambler who has ever touched a slot button, either online through a computer keyboard button or at a land-based casino, has pondered the possibility of outsmarting the slot machines. Beating them has long been the topic of many rumors, and many people have mulled over the prospect of gaming the machines. […]

The Global Gaming Awards are among the most prestigious and reputable gaming bounty in the world. They were first established in 2014, in order to provide recognition for the most innovative individuals and companies in the world of gaming. With two ceremonies being held every year, in both Las Vegas and London, the Awards relate […]

Everybody knows that Texas Hold’em is extremely widely played variation of the poker game. People in various states enjoy it both in land-based and online casinos, while many movie characters can also be seen trying their luck on-screen! This community card game not only cards but also gambling. The rules are quite simple, and if […]