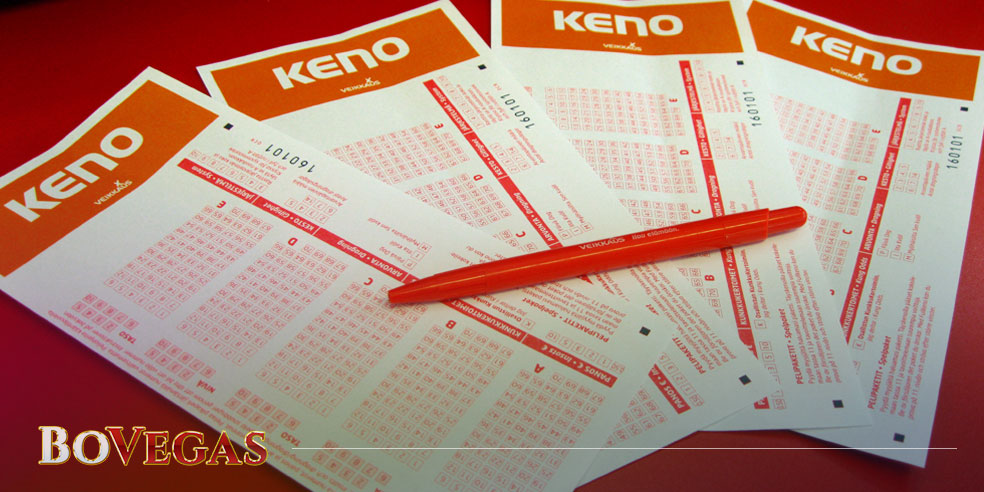 Keno is a game that is similar in many ways to the lottery. Players pick a selection of numbers from the 80 available on the card and wait for a draw: their winnings depend on how many matching numbers they get. Originally from China, the game was transferred to Western casinos and became a success, despite the ridiculously high house edge (of up to 25%).

A Path Through Continents and Centuries

The game’s history dates back more than 2,000 years. An ancient Chinese entertainment known as baige piao or pai-ko p’iao (meaning “white pigeon ticket,” because birds distributed the results to rural regions) was popular in the majority of provinces. Instead of numbers, ideograms from classical Chinese literature were featured there. Many legends surround the history of the game: it is believed that the Han Dynasty had no money for its military budget in the 2nd century B.C., and so it created a gambling game specifically for this purpose. Another legend is associated with the construction of the Great Wall; here, again, this lottery-like entertainment served as a kind of financial assistance for the government!

This is the game which was first adopted in the West as Pakapoo; and which them, in turn, help bring about the emergence of lotto, bingo, and keno. Chinese immigrants were the main contributors who brought this ancient game to the Western mainstream. It is said that they worked on the American railways in the mid-19th century and eventually introduced the game to their co-workers so that they could relax after a hard day. It was in the U.S. where keno gained recognition and was a bit redesigned to feature Arabic numbers instead of characters. For some time, keno existed under the guise of betting on horse races because of certain legislative inconsistencies; and only later on was it established in regular casinos.

The etymology of the name keno is somewhat uncertain. The word comes from adding an -o ending to the French quine which means “five winning numbers.” The earliest documented example of the name is dated to 1814, but it’s unclear why this name has French roots.

Modern keno initially took the shape of a machine resembling a slot. The premise is simple: customers click on the numbers on the screen, in order to make their betting choice. The last step of its development was its adaptation to the digital era, when it finally appeared online. Now keno is accessible on many gambling platforms, with some of them even offering keno tournaments. The various versions of the game differ only in theme and design: it could be anything, from the jungle to hi-tech!

The Rules of Keno 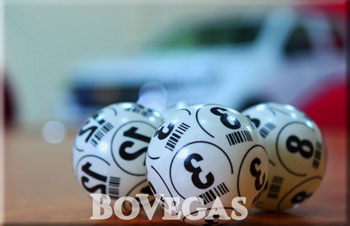 There are not many rules you need to be aware of. First of all, you have to choose how many spots to wager: usually, it’s up to 20. Then you pick the numbers to bet on the card or the touchscreen. Sometimes, a minimum bet is specified: in this case, you must wager no less than this sum. After all this the participants place their bets in a live game; or after you wager in video keno, the person or the mechanism draws the winning numbers. If the process is carried out by real people, numbers fall out of some kind of raffle drum, while in digitized versions, the RNG is responsible for the results. One keno game takes a few minutes. You can set a consecutive play, which usually lasts up to 10 rounds.

The factors that define your winnings are the number of spots, the betting amount, and the number of catches. Obviously, the more matching numbers you get, the higher your payouts are. Percentages vary greatly from one casino to another: it’s important to check payback tables and house edges. Sometimes, you’ll need 3 wins while betting on 5 spots, just to get back what you’ve invested; only guessing 4 or more numbers will bring you profits. But despite any differences between the casinos, there is a general scheme that one or two matches will leave you with a negative return. Winning a lot at once is highly unlikely in this game: the odds of hitting all 20 numbers are 1 to around 3,5 million!

There’s also a type of keno with a progressive jackpot, which may significantly reduce the casino’s advantage over the players. In this version, you have to bet on the maximum spots! Jackpots are usually paid for catching 9 or 10 spots.

The following bets are frequently used in a game of keno:

Are There Any Sure Ways to Win?

The way ticket system is generally considered to be a worthy strategy. When a player takes this option they can, for example, indicate ⅕ or ⅖; and this would mean, that one and two matches out of five chosen numbers, respectively, will result in a payout.

Another way to increase your chances to win in keno involves the version that has a bonus ball. Betting on this ball is more expensive; but the success can be significant, as bonus winnings are multiplied according to the rules of the casino!

There are no ultimate strategies for playing keno, but individual gamblers might have personal preferences. For instance, some tend to select numbers that were not drawn in previous rounds, while others hope to win on their lucky numbers. However, there is no indication that this will work for them! It’s essential to keep in mind that every sequence of numbers is totally random. Keno is a game where mathematical analysis can be applied only to calculate the odds, but not to build a winning technique. There’s even a book written on keno that is regarded as a guide to winning; but in fact, it is just a collection of stories. The famous incident with a computer consultant hitting a big win of $640,000 in keno in 1994 doesn’t reveal the pattern for beating a casino, but merely demonstrates a mistake in running the RNG (the starting seed needed for each calculation was never changed, so the program kept coming up with the same results!)

How to Get the Most of Playing Keno

As keno doesn’t require any skills and is based solely on luck, you can’t influence the process. But what you can do is choose the most suitable version of the game and manage your bankroll wisely.

First of all, find a place to play. Then, find out the keno specifications: every casino sets their own limit on how many numbers you can choose, defines a minimum bet available to you, and features a unique pay table. The latter is probably the most important thing in keno, as the odds depend on it.

Before you start wagering, you can ask about the typical payouts from a particular game and learn about the recent winnings. Make sure to set a budget limit beforehand: betting only what you can afford to lose is the key rule of any gambling activity. Explore the game in a free mode first and start with small sums while playing for money. It’s recommended to play fewer numbers round by round: winning three numbers out of the four you’ve chosen is usually much better than winning eight out of ten. But if you’re up for making some big winnings, go for progressive keno, or just use a bonus option!

Related Posts
Counting Cards in Blackjack — A Basic Guide
The Ultimate Guide to Sic Bo
Basic Guide to Playing Blackjack for Real Money: T...
All You Need to Know About RealTime Gaming
Tags: Gamblers, Gambling, History, Realtime Gaming
Popular Posts
The History of a Card Deck and Its Symbolism
42981 views
The Biggest Casino Wins of All Time
36249 views
Insightful Baccarat Guide
25696 views
Roulette and Probability Theory: Math That Gets Interesting
20101 views
Top 10 Movies About Lottery Winnings
19752 views
Last Posts
Origin of Casinos and Their Development Up to Present Days
869 views
Greyhound Racing: History, Interesting Facts, Betting
722 views
How Will Casinos Look in the Future?
796 views
History of Gambling In Ireland
699 views
The Symbolism and Spirituality Behind the Card Deck Suits
809 views

Today, gambling is mostly associated with either entertainment or with objective, emotionless analysis. Some people believe they can tip the odds with the help of their intellectual skills, while others rely on luck and faith in a successful outcome. However, not so many of us assume that gambling is almost as old as the world […]

If you ask the casino bosses who Dr. Edward O. Thorp is, then in all likelihood, they will answer that this is a man who has hauled some serious cash from their wallets! He has managed to tickle the nerves of Las Vegas and Wall Street, due to his card-counting techniques. This American mathematics professor […]

The long-awaited war against the Army of the Dead may have finished after episode 3 of the exciting final season of Game of Thrones; but as the latest episode unfolded this week, the story took some unexpected turns (spoiler alert!). With the culmination of episode 4, things are starting to heat up even further, as […]