HOME / Casino Wiki - The must-read articles for newbies / Catch Me If You Can: The Consequences of Casino Cheating

Catch Me If You Can: The Consequences of Casino Cheating 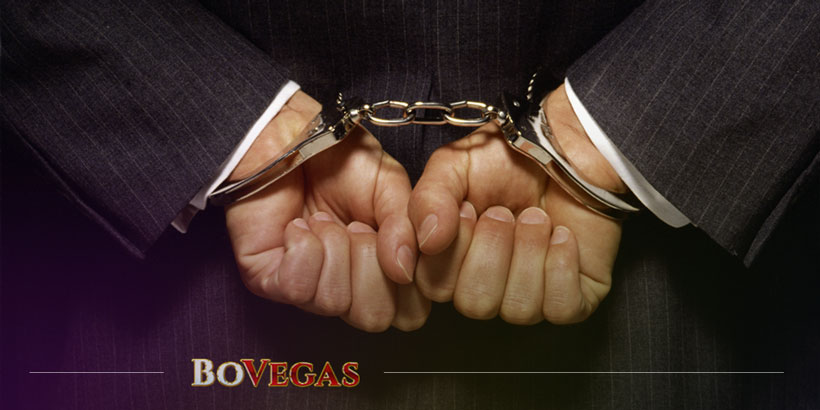 The cinema industry has always glamourized casino cheats. From 21 to Rain Man, some Hollywood movies have shown how easy it is to cheat at casinos. But is it really that easy? Do real people in land-based casinos easily get away with cheating without any consequences?

Casino cheating has been a significant problem since the very first gambling establishment opened. The old saying is that you can’t beat the house. However, some people anticipate using tons of tricks to deceive the casino. And if these thoughts have popped in your head, we are here to show you the after-effects of bamboozling.

Not every player is aware that the “cheating” method of card counting, used in casino movies, is actually legal. Yes, you heard right! Even though all casinos are against it, and the employees will likely ask you to stop playing if noticed, card counting is not considered cheating.

Like calculation in chess, card counters use only their brains, and that’s it. The majority think the trick requires a lot of concentration, but learning how to count cards isn’t that hard. There are dozens of different books explaining how to do it.

Using their math skills, players can track cards and consider wisely their next moves. Although the technique sounds very simple and innocent, once you get caught counting, security will show you the way out.

An unusual and not very common method of casino cheating is card shuffling. The fraud requires cooperation between the dealer and the player. While the dealer creates the illusion of shuffling the cards, he sneaks a few in a place so that the cheater can calculate his next move.

Although it was said earlier that the trick is quite rare in the casino industry, there was one gang who walked out of a casino with $7 million! By shuffling cards, like in the Ocean’s 11 movie, the organization ended up with an enormous winning. But of course, they didn’t get away with shuffling. The organizers were sentenced to prison and ordered to pay $5.7 million in restitution.

Even if you dodge prison, you won’t enjoy the consequences. And if you tried this trick in Las Vegas, not only will you be blacklisted from the casino, but your name will be written on the deadly excluded persons list. This means you probably won’t be allowed in any of Nevada’s casinos. 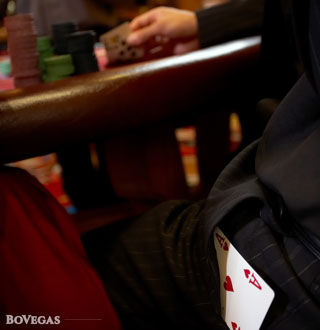 One of the most popular cheats that players tend to try is card switching, also known as “hand mucking.” You’ve probably heard the phrase, “I have something up my sleeve.” Well, the idea behind card switching lies in this phrase. A switcher has secretly stored a card in his/her sleeve, which can be used whenever there is an advantage.

As the casinos evolved, card switchers improved their skills. Now, they use card-switching gadgets, also known as “holdout devices,” which have quite the same technique as old-school card switching.

In theory, the focus is simple; however, casino security does everything possible to prevent cheating. Big brother is always watching you, and the dealers are trained enough to notice a slight shiver of your sleeve. This cheat requires skill, and even if you know what you’re doing, you will inevitably be caught.

As a result, not only will the security guards escort you to the exit, but the police will be waiting for you around the corner.

Even the most famous card switcher, Roland ‘Rico’ Chapa, was caught and arrested after making blackjack with the same two cards.

The oldest and most famous trick in cheaters’ history is marking cards. With the use of bent corners, invisible ink and other distinguishing marks on the cards, the player may be able to identify the marked cards.

There are dozens of YouTube videos on marking cards; however, it is not that simple. The invisible ink requires contact lenses or special glasses to distinguish the cards, or a second player reading cards on a special monitor. Card marking techniques, most of the time, involves the dealer.

But even if you have managed to trick the pit boss, under Nevada gaming law, any casino employee can question you if cheating is suspected. Thus, if you get caught, you will likely be detained, and your winnings will be forfeited. 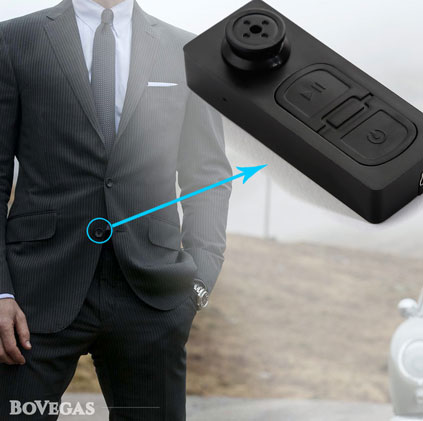 The most popular and the riskiest method, which was used in a James Bond movie, is the use of hidden cameras. The cheater puts a teeny-tiny camera up his/her sleeve, and when the dealer cuts the cards, or drags over the top of the deck, the camera records and transmits the image of each card to his partner in crime. Then, the observer communicates the needed information through an earpiece.

The hidden cameras are mostly used during baccarat or blackjack. And although the casinos are well aware of this technique, noticing a camera and, therefore, catching a spy, is really tough. On top of that, this scam doesn’t require switching or marking cards, so the casino’s tracking software or scans are futile.

Nevertheless, if you’re caught with a hidden camera, you undoubtedly will be banned from a casino. Oh, and handcuffs from the police.

It only may become a crime if you use a hidden camera or a mirror to spot the card. In this case, you will face the same consequences described in the previous section.

If cheaters have learned how to fool a dealer, there’s no surprise they have also learned how to beat slots. In the 1960s, the most popular manipulation with slots was a coin attached to a string. Now, it is more innovative and hi-tech with a bill validator device. The gear itself is designed as a banknote of a buck with two prongs on each side. As soon as the player inserts the device into the slot machine, and one prong hits a specific spot, every bill inserted will be read as a $100 bill.

However, many casinos are already aware of this cheat (as well as all cheats!); thus, most slot machines are adapted to combat the bill validators. Although you may find a less savvy casino to practice the trick, we really wouldn’t recommend it — you may be fined with a small penalty or sentenced up to six years in jail.

Sliding Instead of Rolling the Dice

Not only card games and slot machines are vulnerable to players who want to win big with illegal techniques – craps and other dice games are also the targets of cheaters.

Dice sliding, which is also called “scooting,” involves sliding the dice without rolling them. The player places the dice in hand with the desired number facing up, hence obtaining the result needed for the game. Scooting cannot always give you the exact numbers; however, professionals are skilled enough to gain a big amount of money using this trick.

In 2011, the Wynn Las Vegas casino suffered from two cheaters, who won over $700,000, using dice sliding. Shortly thereafter, they were arrested and accused of cheating.

Spot Before the Fraud

Casino cheating always existed, and as the tricks evolved, the methods to spot a hustler have become more innovative. The casino’s harsh security measures include:

Back in the old days, the only consequences a cheater faced was to be beaten up by gangsters. Fortunately, these measures are outdated, and the casinos no longer use them today!

Now, if you are caught, you may face several consequences depending on the act of your cheating. You may be asked to leave the building, be arrested, banned or maybe all. After all, casino fraud is illegal, and playing your favorite games should be only about fun and entertainment, not to get over a casino.

Is cheating at a casino illegal?

In all jurisdictions, casinos are allowed to ban players if they think they have a visible advantage while playing. Under Nevada law, if you get caught cheating, you will be charged with a felony and may be placed on the Excluded Persons List of Las Vegas.

Why is counting cards legal?

Card counting is legal as you are using only your math skills while tracking the dealt cards! Still, casino workers tend to prevent players from using this technique by banning them.

How do people cheat at casinos?

There are many ways people try to cheat at casinos to win big. The most famous cheating methods include card shuffling, card switching, marking cards, and hidden cameras. Apart from this, the most inventive players use hi-tech technology to cheat on slots and manual manipulation to cheat at dice games.

Mexico has always been a haven for gamblers, outlaws and adventurous travelers who have traditionally sought thrills and excitement in its small designated gambling cities. Despite the fact that this state has been restricting gambling in many ways for a while, there have always been crowds of punters flooding saloons and local casinos to try […]

Why Do We Prefer Slots Over Other Games?

Slots mania grows wider! Any gambler and perhaps even the ones who don’t have a clue about the gambling world can probably name at least one game, and with great probability, it will be slots. Interestingly, when we think about casinos, slot machines first come to mind. Have you noticed how often people play on […]