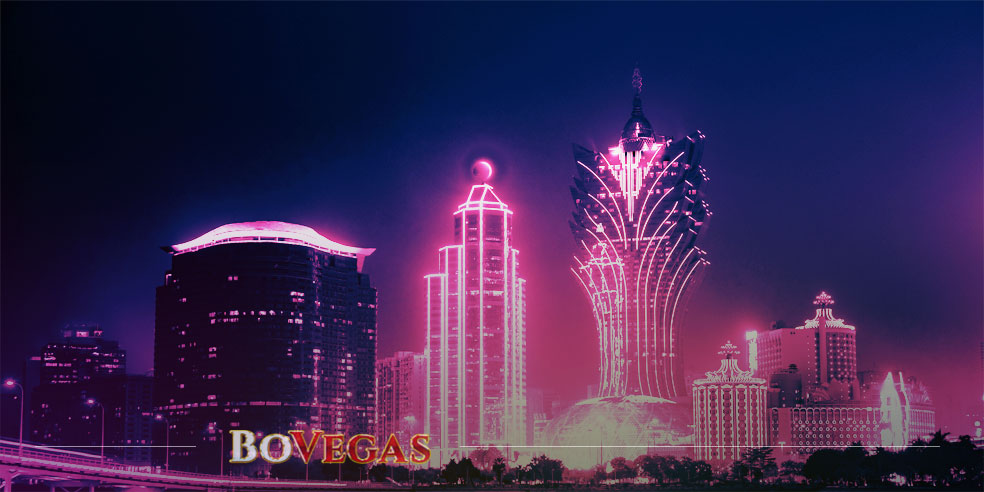 The flashing lights of Macau and Hong Kong are going to steal your soul once and for all! Not only do baccarat or the Chinese version of poker represent some truly alluring prospects in this marvelous country; but in addition, its incredible gambling traditions are going to take your breath away! Despite the fact that casinos are prohibited all over continental China, there is still a thin sliver of freedom which shines brightly on the luxurious gambling venues of the Southern Coast. There is so much to explore behind the Great Wall of China that we just can’t resist the temptation to share some of our knowledge with you!

If you’re tired of Las Vegas and want to sit near an authentic baccarat table, China is the best destination for you to pay a visit! However, you may wonder how things are going now in this country where making bets and playing cards for money are prosecuted. Well, this is your chance to read our article and get to know more about China and the various distinctive features of its gambling culture.

Officially, the People’s Republic of China prohibits gambling on its territories, except for three specific districts: namely Macau, Hong Kong, and Taiwan. This means a ban on both real-life and online casinos on the rest of the territory, and criminal prosecution of any gaming providers flouting these laws. Nevertheless, things are not that tough! The Government does recognize welfare lotteries and sports betting as legal activities. In comparison to this, the US government has not yet resolved the issue of the status of sports betting.

Lotteries are strictly supervised by the Lottery Issuance and Management Centre and the Lottery Administration Centre. The most popular activity is betting on soccer. Now as the local football leagues continue to develop over time, they end up spreading the culture of wagering among Chinese laymen. But due to the limited number of lottery vendors, a much bigger amount of tickets was needed; and this led to the emergence of online betting providers in 2010. And from that moment on, online sports betting was legally recognized by the Chinese government.

But when it comes to online casinos, the law is indisputable here too. Online casino games are banned; so there are no opportunities to play online in China. In fact, the war on Internet gambling was ramped up further in 2018, when the authorities decided to arrest everyone involved in suspicious activities on the eve of the 2018 FIFA World Cup in Russia. In addition to all this, the Chinese Internet is under the strict control of the state; so be aware that all your actions are monitored, while foreign websites are constantly being blocked. The remedy for this, of course, is to switch to cryptocurrency gambling, so your transactions won’t be traced.

As Hong Kong was a British Colony for a long time, this resulted in only mild regulation of the gambling business. Since 1977, certain gaming activities have been allowed under common law. The Hong Kong Jockey Club is an organization which controls horse racing and a number of other activities. No wonder! Hong Kong holds more than 700 races a year, and it remains the number one destination for horse betting all across Asia.

Don’t be surprised when all the casinos you see in Hong Kong turn out to be illegal; as they really are, indeed, illegal! In fact, the only gambling activity allowed is social gambling. But despite the existing ban on casinos, there are still quite a lot of them in this area.

Another Special Administrative district, Macau (also the gambling capital of the world!) has softer regulations for gaming operators. Gambling has been legal here since the 19th century. Until 2002, the government had held a monopoly on licensing, and only supported local providers. But nowadays, any foreign investor can enter the market if the Chinese government decides to give them a license. Currently, there are more than 40 casinos here, generating half of the annual revenue of Macao!

If you want to have an unforgettable gaming experience, try and visit Macau or Hong Kong during the Chinese New Year. This is the day when everyone loses their mind! Because being a little too superstitious about luck makes the Chinese do incredible things.

First of all, the variety of games that you can play is astonishing: from traditional baccarat to Chinese poker, you can try it all. Punters always enjoy playing games for real money during this magnificent holiday.

During Chinese New Year, you can face some of the most ridiculous gambling superstitions out there, many of which you may never have seen before in your life! For example, there is a common rule about not touching cards, to ensure the player has a lucky hand. So during these holidays, everyone is forbidden to even touch the player when the cards are being dealt. Another thing is to abstain from any kind of sexual activity before the game, as Chinese high rollers believe it does influence the outcome of the game.

Chinese people have an ancient culture, with many deeply rooted beliefs. For instance, the Feng Shui tradition strongly influences the mindset of Chinese punters. This set of rules states that the location of buildings, choice of colors, and interior may affect your luck. Suppose, for example, you have a lion head entrance to the venue: then you can expect your Chinese guests to leave, as walking through a lion’s head is a bad sign for any player who really wants to win!

In addition to that, there are some numerical superstitions as well. Lucky 7 or unlucky 13 is very similar to the European perception of these numbers. However, there are also some numbers on which Chinese players never bet. One of them is 4, as it’s associated with death. On the other hand, numbers 6 and 8 are perceived bringing prosperity. Some gamblers go further and even choose rooms with the appropriate combination like 84, which means “prosperity till death,” or 168, “prosperity all the way,” etc.

The most striking thing about Chinese traditions is the use of words. So if you see people in Macau eating too much fish on New Year’s Eve, this is not a coincidence. In their language, “Nian nian you yu” means having extra in the upcoming months. Also, if a casino has a slots game with a fish character, we bet you’re going to see a lot of players near it during Chinese New Year!

If you have ever played baccarat and heard people chanting “Ding,” then you just witnessed one of the habits Chinese players have to try and stop bad cards from appearing. Words like “cheui” or “jin” also mean the punter wants to reduce the size of the numbers. In some cases, the most eagerly engaged players of all might even do some special rituals to try get a blessing from the gods of luck. And yet another wild thing here is that Chinese players assume their hand is going to win when they have red underwear!

The Chinese government has banned gambling, however, the culture tolerates passionate but responsible gaming. With their vast array of longstanding traditions, Chinese people do seem to have a greater illusion of control over the game. Everything from their outfits to their behavior at the table is taken into account and carefully planned out.

In the last few decades, there has been a high level of migration of Asian players to Las Vegas. So even though Macau has so much to offer, people still want to feel the Strip vibe. This is why you can find baccarat tables in almost every casino in Sin City. So if you ever decide to visit China, try and learn more about its traditions, and never be surprised by the dazzling array of interesting things that are about to come your way right about now!

Related Posts
How to Find Your Perfect Casino Game
Catch Me If You Can: The Consequences of Casino Ch...
The Four Horsemen of Aberdeen: Blackjack Legends
What Type of a Casino Player Are You, Based on ‘Fr...
Tags: Casino, China, Chinese, Gambling, Hong Kong, Law, Legal, Macau
Popular Posts
The History of a Card Deck and Its Symbolism
41840 views
The Biggest Casino Wins of All Time
34617 views
Insightful Baccarat Guide
24962 views
Roulette and Probability Theory: Math That Gets Interesting
19044 views
Top 10 Movies About Lottery Winnings
18028 views
Last Posts
Origin of Casinos and Their Development Up to Present Days
564 views
Greyhound Racing: History, Interesting Facts, Betting
460 views
How Will Casinos Look in the Future?
500 views
History of Gambling In Ireland
426 views
The Symbolism and Spirituality Behind the Card Deck Suits
503 views

The cryptocurrency industry has already been taking over the traditional currency market and gradually squeezing out fiat money. After the introduction of the first Bitcoin in 2009, every hour that passes sees more people becoming fans of decentralized currency. The tremendous hype around digital money lies in their broad and innovative functionality: such as decentralized […]