HOME / Casino Wiki - The must-read articles for newbies / What Does the Roulette Wheel Hide? 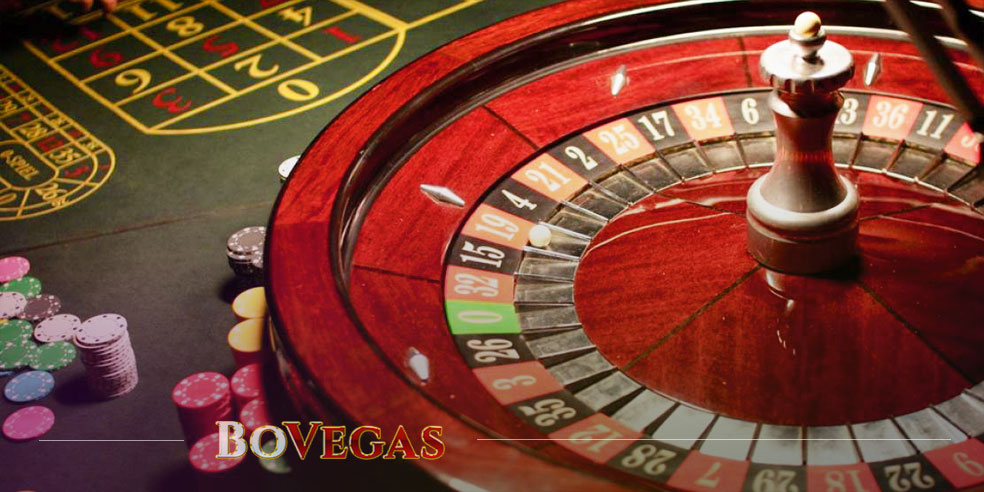 The origin of the roulette wheel is a matter of great interest, and it has always been shrouded in mystery. One story says the roulette wheel was invented by the French mathematician and scientific genius Blaise Pascal in the 17th century. Pascal set the ambitious goal of creating a perpetual motion device, in order to prove that external force must always be used to move objects, as objects cannot move without assistance. Higher forces were supposed to be involved in this process, insofar as Pascal was inspired by theology to reach the ultimate truths of existence and to reveal something eternal.

For many years, Pascal had been working in complete solitude, but he failed to invent the perpetual wheel. And although his attempt to make a real scientific breakthrough did fail in the end, he still managed to create something no less important. Something that remains in constant motion and can rotate for some time… His prototype of the first roulette wheel! Later, this device was used for commercial purposes in casinos. And now, it is pretty much impossible to imagine a casino without roulette; and it is certain to remain the most widely recognized symbol of gambling establishments for centuries to come!

Roulette Tracks Around the World

There is a theory that many ancient civilizations played roulette-like games, with very similar rules and gameplay. For example, soldiers in the Roman Empire often passed the time playing games that required a player to spin a shield or a chariot wheel; these, of course, resembled the equipment of modern roulette games.

Traces of roulette have been found in other parts of the world as well! Some say that in ancient China there was a board game in which 37 animal figurines were distributed over a magic square with the aim of getting 666. Unfortunately, however, there is no reliable evidence for this story.

And since there is no evidence to prove these legends, the credit will have to go to France instead! Roulette is certainly a game that originated in France. Even the very name of this game hints at this fact since “roulette” is a French word meaning little wheel. The earliest version of French roulette had both a zero and a double zero slot. In the late 18th century, when wagering games were flourishing in France, roulette became popular in aristocratic and royal circles. The roulette people were playing in gambling houses that were very similar to the version we have all been playing in modern times.

But roulette actually owes its current popularity to two witty Frenchmen named Francois and Louis Blanc. They removed the double zero pocket and thus managed to invent the game that today we all know as European Roulette.

But due to the illegal status of the game, the Blanc brothers were forced to leave France and to look for a more favorable place to promote their game! After moving to Germany, they presented the game to the local gambling community, and the positive results they hoped for were not long in coming. The game became an overnight sensation in Hamburg’s high society! Then, a few years later, the roulette wheel returned to its homeland, to France. Francois and Louis opened the world’s first modern gambling house. And the highlight of this casino, of course, was the single zero roulette game!

Such type of game is in high demand, because of all the percentages that represent a higher return-to-player. A lot of people took a fancy to this scheme, because having one zero slot in a roulette game automatically makes the house edge to drop to approximately 2.70%.

There is also a trace of mystery in this story. When the institution of the Blanc brothers became renowned, there were rumors among the people that Francois Blanc had made a deal with the devil and sold his soul for the secret of roulette! But then again, rumor also has it that these legends were originally fabricated by the brothers themselves. After all, the mysterious allure of this story could only help the growing popularity of their casinos, rather than hindering it! And so, the competitors of the Blanc brothers were forced to follow their example too, in order not to lose clients.

Thus began a new period in the history of roulette; one where the advantage of a gambling house was reduced to zero. And it is an undeniable fact that the sum of all the numbers on the roulette wheel is 666, which does serve (to some!) as a confirmation of the connection the two brothers and their new game had with the devil. And it still continues to inspire fear among people today, and especially the more suspicious roulette fans out there!

How Does It Work?

If you are one of those players who are watching the spinning ball, and you can’t help but wonder how this excellent device works, let’s try and figure it out!

The first thing you need to know is that the game of roulette consists of three main parts:

Roulette, as currently played in the casino, consists of more than 300 parts, fitted to each other with high accuracy.

The bowl is the main part of the roulette wheel. It is traditionally made of precious wood, and is carefully polished and varnished. The most important characteristic of the boiler is that it must be perfectly ground, in order to ensure a flat surface. Nowadays, plastic bowls are also popular; but a reputable casino will never use such a wheel!

The numbered pockets are alternately painted black and red. There are also one or two green holes, for zero. The pockets are separated by metal partitions, and these perform the function of dividers, which fence off pockets for the ball. Inside, the numbers are stamped in white paint.

Balls, as a rule, have a diameter of 18-21 mm, and weigh 6 grams. Traditionally, balls were made of ivory; but nowadays, they are made of plastic or teflon.

Troubles with the Ferris Wheel

There are also some roulette aficionados who are known as “advantage players.” These are the most passionate and committed roulette players, who have already been trying to beat the wheel for many years!

So all this being so, how can you ever hope to become a “player with the advantage?” Well, for centuries, only the odd lucky person, here and there, was able to pull off a trick. So if the casino owners do not check their wheels regularly, an attentive player can notice some things which may alert them to some possible benefits.

All this seems fairly unlikely, since modern wheels are subject to computer testing. And this does mean that modern wheels are almost perfectly balanced, with all the pockets being of perfectly uniform width, depth, and thickness. Therefore, the chances of gaining an advantage at the casino are pretty unlikely!

The entire world knows about Las Vegas as a key gambling center, and Sin City’s various casinos and other attractions continue to draw many people from all over the world. But it is not well known that there are lots of other American facilities out there, and a significant proportion of these are operated and […]

Origin of Casinos and Their Development Up to Present Days

Gambling has been around since time immemorial (well, people have always loved to place bets!). Experts find it difficult to determine when and where exactly the first casino appeared. Archaeologists have found prototypes of dice dating back thousands of years. It is believed that, prior to becoming gambling attributes, these items were used for fortune-telling […]

All astrology lovers out there, brace yourself for the most accurate zodiac sign guide which is going to help you to decide upon the most profitable casino game for you! We all know that each zodiac sign has its own set of individual peculiarities, and each one of them reveals a predisposition for different activities. […]