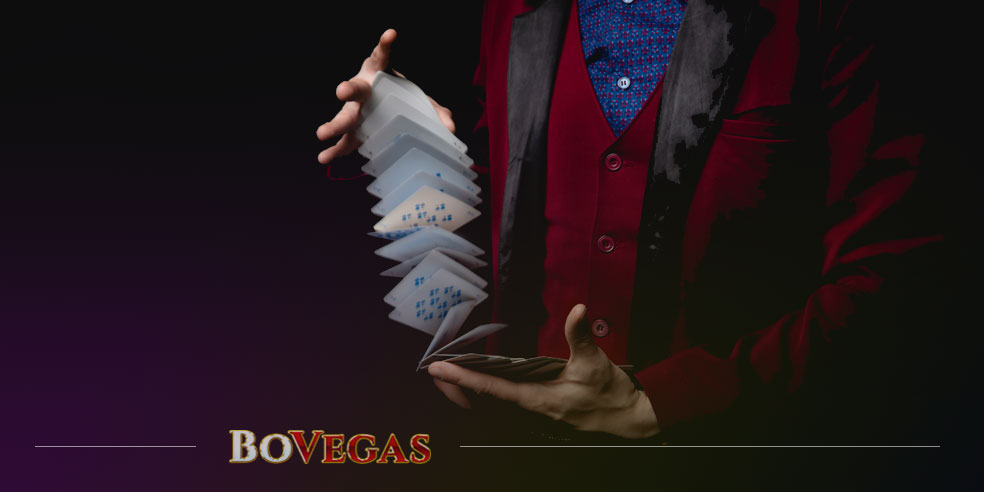 When it comes to picking the next travel destination, casinos are always at the top of the list! However, given that these gambling venues are all housing millions of dollars, something mysterious could still be hiding beyond the glitz and glamour. Over the years, thousands of fascinating stories about disappearances, heists, and murders have been swirling around casinos all over the world. And we’ve decided not to stand aside from this topic: we’re going to investigate all those dark tales that remain unsolved!

If you’ve seen the Ocean’s Eleven movie, you’re definitely going to remember the scene when a group of thieves organizes a casino heist that ended up with millions of dollars being stolen in cash. In reality, robbing a casino is difficult, if not absolutely impossible, due to the rigorous security that gambling venues provide. However, Bill Brennan proved that maybe it isn’t that hard after all!

Bill was employed at Stardust Hotel and Casino in Las Vegas as a sportsbook cashier for four years. And on September 22, 1992, he came to work as usual, but eventually left the casino with $507,361 in cash and chips.

It’s believed that before organizing the heist, he studied the security systems in detail; as there was no surveillance footage capturing him walking away with thousands of dollars in his pockets. According to Bill’s colleagues, he was a regular, unremarkable employee who seemed to change when the managers refused to promote him. The rejection was caused by Brennan’s connection with one of the regular bettors, who always seemed a suspicious and shady person.

An interesting fact: this bettor disappeared just a few months after the heist, which only served to confirm everybody’s suspicions about their cooperation in the crime. However, who knows, Bill may have double-crossed and killed the bettor for the money! And until he is finally found, the story remains one of the most complicated unsolved mysteries.

The Murder of Jodie Bordeaux 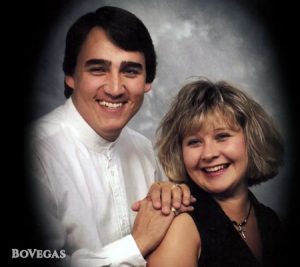 This incident happened back in 1997, when Jodie Bordeaux lived with her husband, Shawn, in their Kickapoo reservation farmhouse, in Kansas. The couple worked in Golden Eagle casino back then, and Jodie was seven months pregnant.

On November 21, when they were both chilling at their house, an unknown assailant fired a barrage of shots through the windows. One of the bullets wounded in Jodie’s head causing her and her unborn child to die instantly. And although there have been numerous potential suspects, Jodie’s husband firmly believed the murder was connected to their workplace.

Since she started her job at Golden Eagle, Jodie worked her way to become a supervisor for the slots department. However, many casino employees were resentful that Jodie, who wasn’t even Native American, got such a position in a Native-owned casino.

There were frequent problems with one particular employee, and she reported him to the casino. The situation went critical when Jodie fired him; and instead of letting things go, the employee filed a complaint, which cost Jodie her job. But when she tried to get her position back, she started to receive threatening calls from an unknown number.

Still, Jodie’s mysterious death remains unsolved. And the fact that all the other residents of Kickapoo Reservations have remained silent increases the air of suspicion around the case.

The Disappearance of George Tsolakis 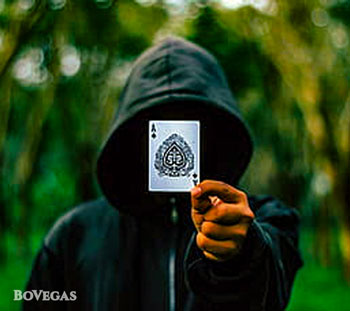 On the late evening of February 23, 1992, George Tsolakis called his wife from a sports club in Connecticut to inform her he was going home. However, he vanished without leaving a single trace.

At the time, George was already in a bad financial situation, as he was $200,000 in debt and had unpaid black taxes. He faced possible jail time for writing fake checks and failing to pay the court any restitution. And that’s just the tip of the iceberg; because apparently, he also had some illegal gambling debts.

Almost a month after George’s disappearance, his abandoned vehicle was found on the parking lot of Foxwoods Casino. The car was fully covered in snow, which meant that it had been parked there for some time.

Statements from employees about the incident were inconsistent, though. Some of them claimed they saw George winning a significant amount of money only a week after his disappearance. Others saw him with two unidentified men in the casino buffet.

And although at that time the casinos did have surveillance cameras, the whole footage was erased before the investigators took the case. The question remains: if he stayed at the casino, where would he go without his car? Twenty years passed, but even up to now, no trace of George has been found.

The Murder of George Jay Vandermark

George Jay Vandermark was a slot machine supervisor at Stardust Casino in Las Vegas. On May 18, the Nevada Gaming Control Board decided to make an impromptu raid on the venue. They managed to uncover a sophisticated scheme to skim over $7 million from slots for the mobsters. During the raid, George slipped out of the Stardust and left the city. He also lied to the Mafia and kept $3 million for himself.

When the investigators reached out to Vandermark’s son, Jeff, they told him that his father’s life was in danger; but the authorities could still offer him protection if George contacted them. Jeff revealed his father’s location, and claimed his father was ready to accept the offer. Later that day, Jeff Vandermark was found dead with a crushed skull. The murder has never been solved, and his father has never returned to Vegas.

While there were some verified sightings of George’s presence in Phoenix, he completely vanished in summer 1976. The later reports claimed he had been murdered and buried in the desert by mobsters. However, the body has never been found, and no-one has ever been officially charged.

The Disappearance of Trevor Angell 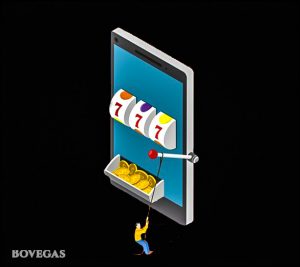 In the year 2000, there was a man called Trevor Angell who lived in Calgary, Alberta. He was a long-haul truck driver, who had to constantly haul meat and produce between the US and Canada. During the last shipment he ever delivered to Los Angeles, Trevor called his wife, claiming he hadn’t slept for almost four days and was planning to quit the job right after delivering the last load.

The conversation with a dispatcher the next morning was the last communication anyone ever had with him; shortly after, Trevor disappeared.

Since he liked gambling, everybody knew he used to stop by the Whiskey Pete’s for drinks and games. His fueled truck was found later near that same casino in Primm, Nevada. Although nothing was missing from his vehicle, Trevor’s empty wallet was found in the front seat. On top of that, his ATM card had been used nine times to withdraw all his money. A waitress inside the casino claimed she had served him breakfast right before the last transaction he withdrew.

Despite the fact that many think he arranged his own disappearance, the case still remains unsolved.

Online Casinos Are the Safest

Even as crimes, murders, speculations, and disappearances keep happening around land-based gambling establishments, online venues still remain safe and secure no matter what. So when you decide to sit down and spin the reel of your favorite slot machine, or to nab your next win at blackjack, remember that you can be absolutely sure online gambling won’t make you disappear. Well at least if you gamble responsibly, of course!

The answer remains the same as for all other establishments connected to disappearance, murders, or whatsoever — as long as the authorities haven’t proven anything, this never happened.

Although there’s no solid proof of a mobster presence in today’s casinos, many believe their presence is still felt in Las Vegas. However, compared to the 20th century, Mafia operations are now limited because many of their past activities are frowned upon: such as burglaries, extortions, and loansharking.

Due to the infamous mobster, Bugsy Siegel, Flamingo Hotel and Casino is considered to be one of the most famous places, where the Mafia hang out. However, Stardust Hotel has also long been considered a cash cow for the mobsters.

Even though we all know that the police may do nothing when face with solving certain specific cases, these mysteries remain unsolved only due to the lack of evidence: either the witnesses remain silent, or the mobsters do succeed in hiding their secrets well. So in one case or another, after years of investigations, the police are still stuck trying to find the culprits.

How to Beat Slot Machines

Every curious and thinking-outside-the-box gambler who has ever touched a slot button, either online through a computer keyboard button or at a land-based casino, has pondered the possibility of outsmarting the slot machines. Beating them has long been the topic of many rumors, and many people have mulled over the prospect of gaming the machines. […]

We All Thought That It’s a Scam, but Fomo3D Paid Out $3 Million

While the whole cryptocurrency gambling thing still seems suspicious even for seasoned gamblers, cryptocurrency pyramid schemes look even worse. The FoMo3D game, based on Ethereum (the second-biggest cryptocurrency in the world), looks like an ice-cream van with a rather too jolly and richly mustached vendor. The reason for this feeling is that we’ve probably evolved […]

When people think of Lake Tahoe, they most likely think about skiing rather than casino gaming, and it is true that there is nothing more pleasant than skiing the snowy slopes of Lake Tahoe. Sunbathing is another thing one can enjoy while visiting this unique and picturesque destination. There are so many things to experience […]