HOME / Casino Tips and Tricks / Betting Goals In a Nutshell: How to Bet in Poker

As we’ve already mentioned, you want your bets to have a purpose and to tell a story that gets your opponents to act the way you want them to act. But the question is: How do we accomplish this?

What Do We Want to Achieve?

Before we can reach our goal, we have to identify what it is. With wagering strategies, there are only a few specific outcomes that we’re aiming to. We want our opponents to either raise, call or fold.

How to Make Them Fold?

Let’s say, everyone has $1,500 in chips, and the blinds are 15 and 30. We made a late position raise with the Queen of Spades, Jack of Clubs: Queen Jack offsuit and the big blind calls us bringing a flop of Queen of Hearts, Jack of Hearts, Four of Clubs. Yes, that’s top two alright! But even though we hit top two pairs here, this is still kind of a scary board, as our opponent could easily draw a straight or a flush! So what we want here is to end a hand right now. I.e., by them moving all in, which means we want them to fold. Or do we? The first thing to determine is what kind of player we’re facing? Is he loose or is he tight? Since the loose opponent is more likely to chase his draw than a tight opponent, we’re gonna have to bet more in order to give him wrong odds to call.

Because our opponent is only likely to hit his draw about ⅓ of the time, this means that betting about ½ of the pot should be enough to get a tight opponent to fold in the spot. Think about it: there’s $200 in the pot, you bet half a pot, that’s $100. Now for him to call he’s getting laid three to one. You have a chance scare him off. He’s getting the exact perfect odds to call. A tight player might fold, and a loose player might call.

Against a loose opponent though, this bet is probably too small. Which means, we may have to make a full pot bet or even overbet the pot in order to provoke a fold. In some cases, where our stack is relatively short compared to the pot, overbetting may mean moving all in here. While this can be effective, be sure the reward of winning the hand is worthy of risking to lose your stack before you make this play.

How to Make Them Call or Raise? 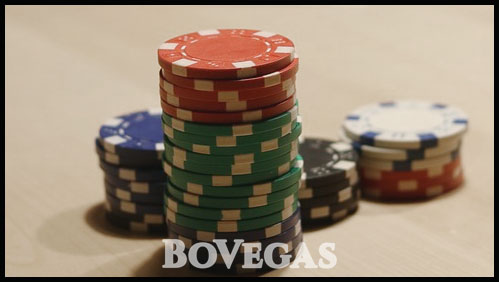 To make your opponent raise or call your bet is a bit trickier, but still possible. Again, let’s start from $1500 chips and the blinds of 15 and 30. This time we’ve raised it from the middle position with 88 and the big blind calls to us, having Ace and Nine. What a flop. Ace, Eight, Three. Which bets should we make to squeeze our opponent dry? Our aim is not to give him a hint on how strong our hand is, and make him put a bit more on stake. We want to make our bet look weaker, as well as our hand. Here are three ways to achieve this:

How to Bet Defensively?

Finally, let’s talk about defensive betting, where our goal is to make our opponent either call or fold, thus preventing him from either betting or raising. Which benefits does this strategy bring? By and large, we’re making this kind of bets when we have a draw, but we haven’t yet made our hand. Let’s assume that we’ve loosened up, and we’ve played Seven Eight of Spades in the middle position. The button calls on us, and now we’re looking at the King of Spades, Ten of Spades, Five of Clubs. We have nothing here but a flush draw. It’s okay to check here, but it isn’t the optimal strategy, because we’re forfeiting some potential value if we hit. Except for that, we’re giving an opponent the opportunity to make a bet that might force us to fold. We believe that the best move is to bet here since you have about 60% chance to grab the pot.

Defensive betting is a trick allowing us to find a number big enough to make our opponent either call or fold. This strategy also allows us to keep the bet relatively cheap so that our draw doesn’t cost us more than we can afford. Oftentimes, a bet around one-third of the pot is exactly enough to do it!

What Have We Learned?

If, for a novice player, betting is merely a measure of how much money you’re going to win or to lose, then for a pro, wagering is the way to make other players do what he or she wants. You should watch your opponents and remember whether they’re loose or tight, whether they tend to fold in shaky situations, or prefer betting no matter what. You can use the betting strategy to make other players play your game and not vice versa, and if you succeed with it often – you really are a great player!

Don Johnson (the gambler, not to be confused with Don Johnson, the actor) made it into history in 2011, when he won more than $15 million. This is one of the best windfalls in gambling, but the really outstanding fact was that he did not win this money from other gamblers, i.e. facing his opponents […]

Skin Gambling: What Is It?

Rivers of blood on the poker table, your organs or skin on the stake because you gambled away all your money. A dealer with only one hand, because your creepy opponent cut it out… Ok… Sounds a pretty terrifying for a horror movie, but that’s not exactly what ‘skin gambling’ implies. Let’s find out what […]