How to Develop and Utilize Risk Intelligence in Gambling 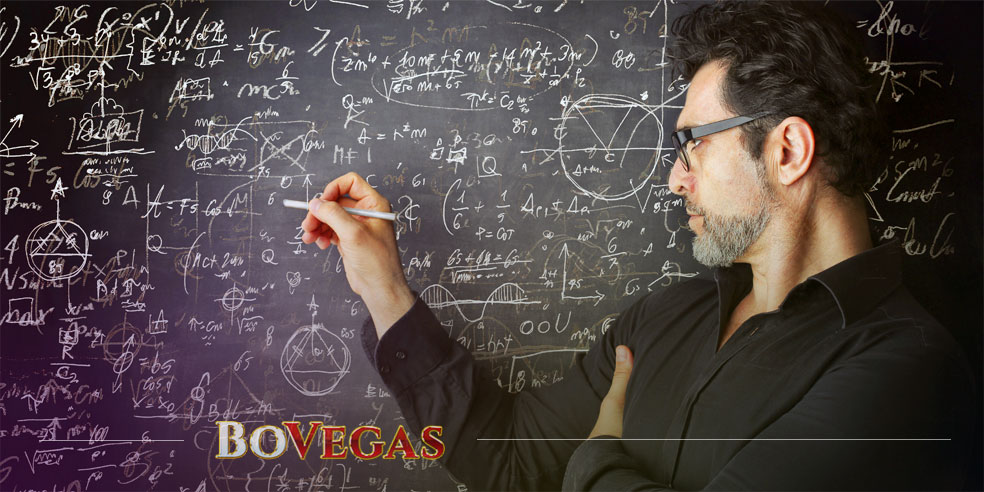 A New Type of Intelligence? 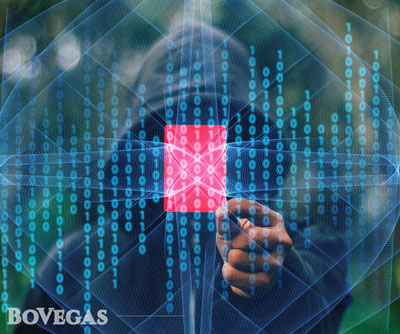 For a while now, psychologists have introduced new insights that show we cannot consider human intelligence in a one-dimensional manner. Interpreting intelligence as our ability to acquire and apply knowledge and skills may be too simplistic, but, at the same time, too broad. Our cognitive abilities do not function in the same way in relation to different areas of our lives.

To better understand the processes that largely determine our behavior, reaction to stimuli, and interaction with the environment, we need to look at all the different types of intelligence. Risk intelligence, in that sense, is just one of many forms we often utilize. So, there is nothing new or something we’ve made up or discovered about it.

Even the term itself isn’t a product of the modern age. In fact, its first appearance dates back to the early 1980s. Of course, back then, intelligence referred to information, primarily military secrets.

The interpretation we’re interested in was made by the British author Dylan Evans. He defines the latest, tenth type of intelligence as “the ability to accurately estimate probabilities.”

Whether we’re aware of it or not, we rely on risk intelligence on a regular basis. In both professional and private life, we utilize this ability to deal with risk and uncertainty. However, in this article, we want to focus on the application of risk intelligence in gambling. The idea of accurate prediction of the outcome of a game or a sports event should sound appealing to almost every gambler.

When Can You Employ Risk Intelligence? 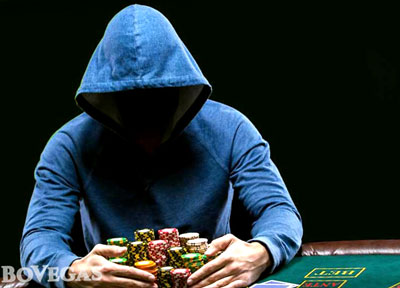 According to Evans, gambling doesn’t simply come down to luck. Sure, in RNG-heavy casino games like slots, no amount of risk assessment will impact the result of a spin. However, gambling is a broad area which involves more than just games in which the random number generator reigns supreme.

Games of skill like Blackjack, Poker, and Sports Betting as a whole, allow for strategy, analysis, and estimation. It doesn’t take a psychologist with a Ph.D. to see that professional poker players consistently outplay novices.

Let’s take the WSOP finals, for example. Sure, some level of randomness is unavoidable. However, one of the best players will win. The reason is that skill, knowledge, and expertise play a more prominent role than the cards being dealt.

Winning in poker doesn’t simply come down to having the strongest hand. In fact, it is rather tricky in high-skill games to claim a large pot with an objectively strong hand.

And the reason for that is information. Other players will take into account the cards on the board and your betting strategy, compare it to the cards they’re holding, and assess the probability of you having a specific hand. Estimating the chances, you figure out that they are high, like 80%, the risk is too high, and nobody will call on your bet.

What they’re doing right now is utilizing risk intelligence to make predictions. Depending on their experience and how much they’ve developed this skill, the predictions might be more or less accurate. But the idea is the same — using the information they have, or even the lack thereof, to determine the best course of action.

The goal is to increase your chances of winning by gathering all the relevant data and including all the variables into the equation to calculate the probability of a specific outcome.

How Can Risk Intelligence Help You Win Money?

According to Evans, expertise can make you filthy rich. Undoubtedly, many Poker and Blackjack professionals would agree with this statement. And most of these players, who rely on their own skill more than luck, live by one of Evans’ premises, knowingly or not.

They are, as the British author would say, “cautious when they don’t know much, and by contrast, confident when they know a lot.” But how did they develop this ability?

It would be naive to think that all of these pros studied psychology and did some research in the area of risk intelligence to become better players. Some must have, strictly statistically speaking. However, the majority of such players do this intuitively.

Let’s move on to sports betting for a minute. Wouldn’t it be counter-intuitive to randomly pick the pairs and bet on outcomes the same way you would bet on a Roulette spin? That’s why people typically shy away from sports betting unless they’re naturally drawn to a particular sport.

For instance, say you didn’t follow basketball and wanted to bet on 4 pairs. There’s a total of 24 possible outcomes. The odds of you picking the right one are slightly over 4%. On the other hand, if you knew who the clear favorites of all 4 games were, you’d be putting your money on odds of 80% or above.

This is where risk intelligence comes into play. Going solely off of the odds the sportsbook provides would be merely scratching the surface. Instead, you want to learn how to become an expert gambler and recognize when the odds are strongly in your favor and take advantage of these situations to maximize your potential winnings.

How to Develop Effective Risk Intelligence 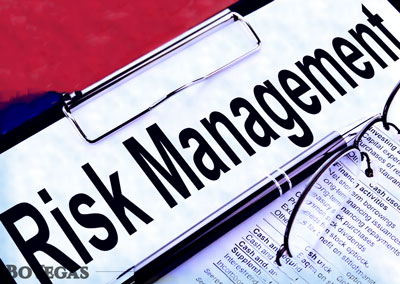 As we’ve mentioned, for most bettors, risk intelligence is a combination of genuine interest, years of following a particular sport, and their betting experience. However, risk intelligence is also something you can practice and perfect. It’s a skill you can actively hone to significantly increase your chances of winning.

Developing effective risk intelligence starts by creating and testing a hypothesis. However, the process is a bit more complex than stating “team A is stronger, they’ll probably win.” As unappealing as it may be, risk intelligence deals in percentages and data. You must closely look at all the factors that may impact the end result of a sports event.

There’s a multitude of factors that may play a big role in who wins. These include anything from past results, current form, injuries, absence of key players, and so on. The more variables you take into account, the better. However, you would still have to start by arbitrarily determining the percentages, as it is almost impossible to become completely risk-averse.

There’s no way to calculate how less likely the favorite is to win an event when they’re missing two key players. The best you can do is say the absence of each player lowers their odds by 2,5% or any other number you believe is realistic. Then, after you see the results, you should correct the assessment if necessary.

As far as risk intelligence is concerned, practice truly does make perfect. After you’ve seen how a particular factor has impacted hundreds of sports events, you’ll have a much clearer picture of just how much it can potentially alter the end result as well.

At first, you might overcompensate and choose not to bet on a favorite basketball team because their playmaker is injured; but the team still goes on to win 10 games in a row with a substitute! In that case, you might realize one player isn’t quite as big of a factor as you had thought. The same goes for every variable you can think of.

Of course, you can never be sure what will happen. However, the idea is to be able to make assessments as accurately as possible. Then, you’ll be able to tell the difference between betting on 90% odds and something that only has 60% of occurring.

Once you’re able to effectively utilize risk intelligence, you should be able to start winning a lot more. Admittedly, there are always a few percentages that account for unpredictability and incredible strokes of bad luck. However, if you reach the point where your predictions are fairly accurate, even betting on 80% odds means your gambling will be seriously profitable in the long run!

Related Posts
How to Play Powerball
Is There a Strategy for Winning the Lottery?
Fundamentals of Poker Theory
The Strength of Your Hand vs. Your Position in Pok...
Tags: Casino, Gambling, Online poker, Psychology of gambling, Risk
Popular Posts
The History of a Card Deck and Its Symbolism
42091 views
The Biggest Casino Wins of All Time
34884 views
Insightful Baccarat Guide
25083 views
Roulette and Probability Theory: Math That Gets Interesting
19255 views
Top 10 Movies About Lottery Winnings
18268 views
Last Posts
Origin of Casinos and Their Development Up to Present Days
605 views
Greyhound Racing: History, Interesting Facts, Betting
497 views
How Will Casinos Look in the Future?
553 views
History of Gambling In Ireland
475 views
The Symbolism and Spirituality Behind the Card Deck Suits
549 views

How They Gamble in Australia: Legislative Insight

Part of the Oceania region and a country of “economic miracle,” Australia defines gambling as one of its major entertainment industries. What’s more, the Aussies are considered to be among the most difficult to control when it comes to their favorite activity. Known mainly for the abundance of its slot machines, or “pokies”, Australia has […]

Gambling has always been under the keen attention of governments. They either wanted to impose enormous taxes or ban it completely. As a result, casinos were looking for ways to escape the restrictive local legislation. And, when there was no Internet, gamblers had to seek different ways to play. From riverboats on paddlewheels to large […]