It has recently been reported that the revenue of Nevada casinos has been undergoing a significant decline in recent times. Nevada gaming revenue has dropped by 7.7% to about $912.9 million last August.

The US News and World Report newspaper informed the world about this fall in gaming revenues, which was previously announced by the Nevada Gaming Control Board. The latter stated that revenues fell by 0.16% to around $996.4 million. According to Michael Lawton, Senior Research Analyst for the Nevada Gaming Control Board, August turned out to be the least profitable month of 2018 for Nevada casinos. Lawton emphasized that the blame is due to a considerable decrease in table games activity.

Lawton is convinced that the poor casino performance that marked this August’s revenues is attributable to the pronounced idleness of the local entertainment sector. He also emphasizes on the fact that last year’s indicators for revenue for the same period were up by 21.35%, which really does compare dreadfully with the 2018 year’s results.

He elaborated on this compelling assumption by recalling that last August, revenues were significantly more impressive, as Las Vegas welcomed one of the most celebrated and best lucrative fighting matches ever. And, it was that noteworthy event that brought the country’s most generous gambling fans to casinos. The gamblers had come to Vegas to watch the boxing match and ended up just flooding the city with greenbacks. Here Lawton means the historic fight between Floyd Mayweather and Conor McGregor.

According to Howard Stutz, this plummet in revenues was no surprise for the majority of the gambling industry. Negative forecasts had already been spread by casino operators, as well as by the investment community, long before the numbers even came out! So the third quarter in Las Vegas was destined to show some decline. However, the negative 12.4% for August Strip revenue did turn out to be lower than expected. 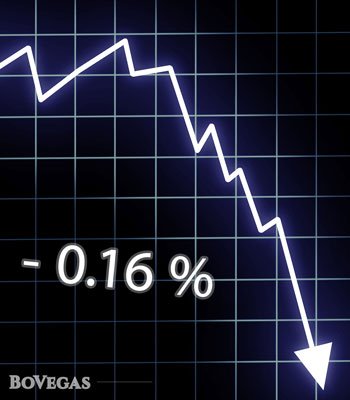 Earlier the Deutsche Bank analyst Carlo Santarelli said that the previous dropdown in February revenues was caused by major events like Super Bowl, New Year and Chinese New Year. The same thought might be applied to July or August, but there are no such events that are likely to completely take over the schedule of potential visitors. Taking into account how the amount of summer tourists is always big in this period, it is rather strange that revenues are dropping.

The Nevada Gaming Control Board also reported that 90% of the decline in revenues in the entire state is attributable to casinos located on the Las Vegas Strip. The casinos in Downtown Las Vegas are experiencing similar hardships, with their gaming revenues dropping by 4.8%, which in turn narrowed down their income to as little as $46.2 million.

Following suggestions from Wall Street analysts, it’s possible that the current tremendous decline in revenues may have been brought on by competition from Macau, China; this area has succeeded in poaching many American gamblers from the world’s gambling hub.

Potential competitors are also going to appear in Manila. Philippine Amusement and Gaming Corporation are about to develop a “casino cluster” in the area. No wonder the risks of losing revenues are quite high: the cheaper location will allow potential visitors more gambling options! However, the CEO of the corporation, Andrea Domingo, says the plan is postponed until 2022, on account of the moratorium imposed by local competition, who are afraid of additional operators entering the market!

The Wall Street Journal also attributes the Nevada revenue decline to an alleged “pattern of sexual misconduct” on the part of Steve Wynn, CEO of one of the world’s biggest hotel empires, Wynn Resorts. Now they are investigating this case; one which, according to Wall Street journalists, may have ended up frightening away casino patrons statewide!

But at the other end of the gambling scale, there are northern Vegas casinos that make up for the poor performance of southern Vegas gambling entities. Indeed, the casinos around Reno managed to provide an increase of 7.3% in gaming revenues for this August, leading up to about $61.1 million.

However, the latest news from Nevada’s Sin City leads us to believe that southern casinos will soon catch up with the gambling situation in the north of Nevada state – according to the Las Vegas Convention and Visitors Authority, the number of casino visitors in the south has risen lately by 18%! Due to schedule shifts, attendance went up, recovering from the 19.5% drop in July. With  3.56 million visitors there’s still a slight hope as far as Las Vegas gambling is concerned, their finest hour is yet to come!

Now here’s one interesting fact: the quarterly reports show a positive trend for the whole state. Regardless of seasonal volatility, it shows that 434 licensees were down 1.45% for three summer months in comparison to the summer of 2017. In addition to that, the McCarran International Airport shows the rise among passengers by 2.7%, which may reflect on the total count of Las Vegas guests and casino visitors.

However, as they say, every cloud has a silver lining; and Nevada gambling is no exception! Even if gambling revenues are temporarily down in Nevada, the state still has something to marvel at: in September, sports betting revenues increased by 12.2% up to 44.6 million. This clearly signals that, notwithstanding the tremendous fall in gaming revenues, Nevada gambling officials statewide have managed to handle some other vital areas of gambling successfully.

The latest discussions of the U.S. House Judiciary Committee show that the possibility of canceling the Professional and Amateur Sports Protection Act of 1992 is rather high. This may lead to permitting sports betting and its regulation all over the country.

Nevada, Delaware, New Jersey, West Virginia, and Mississippi expressed their will to develop this sphere in future; and representatives of the AGA (American Gaming Association) and Nevada Gaming control board spoke both against and in favor of it respectively. Essentially, the draft of the bill was introduced during the hearing, but right to the very end of it, no consensus was reached regarding any further action that might be taken. Nevertheless, there is still some hope that the bill will be pushed through Congress in the near future!

The Wild West, as we know it, looks like a place full of gunfights, cattle roping cowboys and prosperous and lawless mining towns where everything changes in a blink of the eye. This is the country where gamblers like Wyatt Earp, Soapy Smith, Bat Masterson and John Henry Holliday had the time of their lives. […]