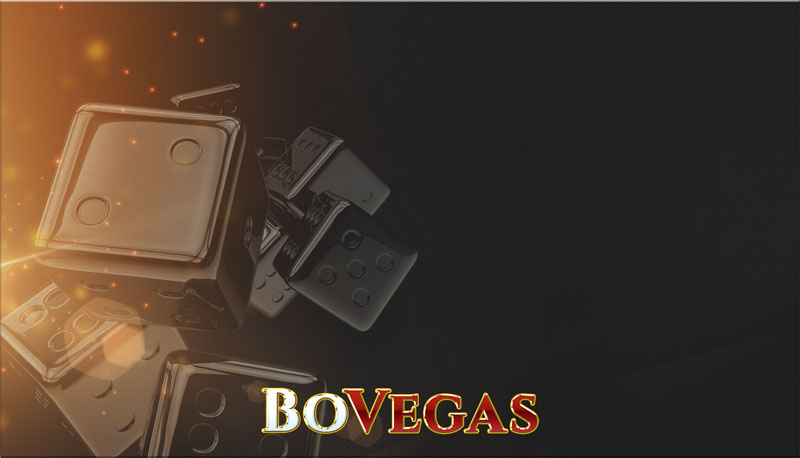 Craps originated from the western European game of hazard. A great deal of gambling hype resulted when it was first introduced to the cutting-edge gaming market of the USA, and ever since then, craps has remained very popular among gamblers worldwide, helping to make gambling look as fashionable as it has always been. However, the real heyday of craps only arrived after it found a place on virtual gaming platforms. And the same is true today: online craps is more popular than the games played in land-based casinos, and the impressive rating of craps is mainly due to the popularity of its online version.

Dice are the most immediately recognizable symbol of craps; indeed, craps is one of the few things that come to mind when people think of dice. It is also a perfect option for players who prefer fast and intriguing games of chance. Like every kind of a gambling activity, craps has the capacity to confound even the most seasoned players at times. Needless to say how tricky playing craps for beginners is. So it will be helpful for you to read our compelling craps guide, which will fill in any gaps in your knowledge; whether you’re an expert or a newbie!

As already mentioned above, craps evolved from the game of hazard; the latter is the creation of Sir William of Tyre during the Crusades. Craps is a simplified version of hazard. According to the history of craps, the game dates back to as early as the Holy Roman Empire, where soldiers used to kill time by playing with pig knuckles.  This was when the well-known term “to roll the bones” was born. It didn’t take long for craps to change from being merely a military game into a more general form of entertainment. During, the Middle Ages, craps spread all over Europe, although it was most warmly received in England. Craps eventually found its place in literature, with an honorary mention in Geoffrey Chaucer’s legendary “Canterbury Tales.”

But the real craps frenzy did not happen until World War II, when thousands of men were enrolled in the army, and used craps as one of the few entertainments they could possibly have in the fearful and anxious environment of the time. Ever since then, this game has remained a staple of casino gaming. 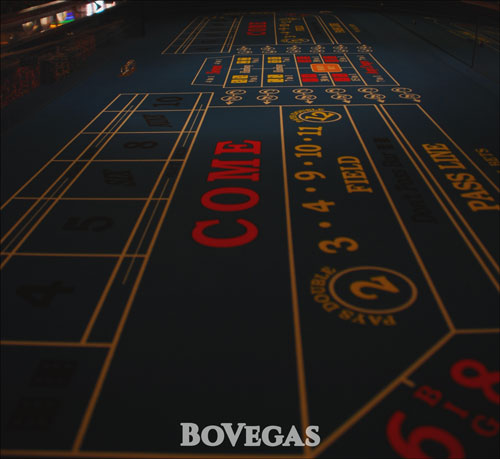 As a rule, when betting in craps, players use casino checks instead of cash. Odd as it might sound, the design of the craps table seems to have been sketched using an image of a regular bathtub – its form resembles that very much. Along one side of the table, the bank stores two thousand casino checks. On the opposite side, the table typically features a long mirror. In the layout hub, the players have an additional group of wagers. Normally, up to four casino workers handle the table – a boxman, two base dealers and a stickman, each of them sharing their foremost task of watching for players’ mistakes.

There are also small casinos featuring minicraps tables, which are operated by two dealers. Such tables have only one set of bets. In one variation of the game, “street craps,” the table is not marked; so, players have no back-up in terms of what dice they hit. In “street craps,” bets are placed in cash, rather than in chips.

Before moving on to the rules of craps, it’s important to pore over the betting system of this game. There are several major wagers – pass line, don’t pass, pass odds, don’t pass odds, come bet and don’t come bet. Now, let’s take a closer look at each of them.

Pass line bet is the fundamental and probably most popular bet in craps. It has one of lowest house edges, so it’s definitely the easiest wager you can place. Technically, the pass line bet is a contract one – once players make it, they can’t cancel or reduce it. But what players can actually do is increase the odds behind the Pass Line after a point has been established. And, if there’s no established point, players are only allowed to bet the pass line on the Come-out roll. 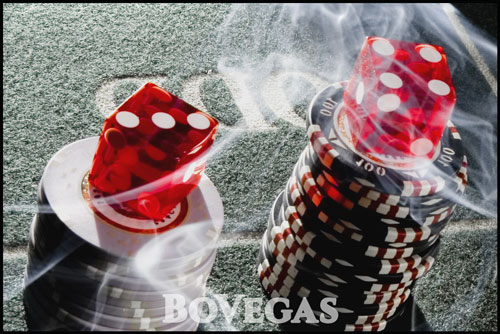 Don’t pass line wager has the opposite function of the previous one, and it is basically a wager for the shooter to lose. And, unlike the Pass line bet, this one is a no-contract wager, which means that players can cancel or reduce a wager. And after it’s taken down or reduced, it can’t be increased. But what’s similar between Pass Line and Don’t Pass is that in both cases, players are allowed to take off the wager after a point has been established; however, they can’t cancel the wager without removing it.

Pass odds wager can be made after a point is established. This wager is believed to be the best one you can make in craps, as the house doesn’t have any built-in advantage. The pass odds wager is made in order to complement players’ pass line bet. This wager pays out if the established point is rolled before a seven; but if it rolls right on a seven, players receive no payout.

Don’t pass bet is placed to complement the don’t pass bet. Like with the pass odds bet, this one also pays out if a seven rolls before the established point; but if the point is rolled first, no payout is made.

Come bet is similar to pass line and don’t pass line bets, except that it is placed a point has been established. It’s important to note that if the first roll after a come bet is 7 or 11, players win their wager, and if that roll is 2,3, or 12, then they lose.

Don’t come bet resembles a don’t pass wager; losing if the first roll is 7 or 11, and winning if the roll is 2 or 3. If there’s any other number, this determines the point for a don’t come wager.

The bets offered and their corresponding payouts are set by a casino, with the essence of both payouts and wagers being the same for each casino. Each player takes turns rolling two dice. The player rolling the dice is called the “shooter.” Such players are supposed to make pass line or don’t pass line wagers, which are sometimes referred to as “win” and “don’t win” wagers. After receiving several dice from the “stickman,” shooters have to choose two for the round.

Every round consists of two phases – “come-out” and “point” phase. In order to start a round, a shooter has to make at least one “come-out” roll. The player is expected to shoot the dice at the farther wall of the table, and then shoot the farther back wall with the two of the dice. It’s critical for both dice to be tossed in one throw. Otherwise, the shot is made null.

The second phase of the round is heralded after the dealer hits the button to the “on” side, moving it to the point number. Once the shooter hits the point value two times before a seven, the pass line wager wins and a new round can be started.  But if the shooter throws a seven before hitting the point value for the second time, then the pass line wager loses, whereas they don’t pass line bet wins, and the dice go to the next shooter.

As long as the point is not established, a player can place a wager on the pass or don’t pass line bet. The rest of the bets can be placed whenever a player wants to do so.

Jacks or Better: Rules and Strategies

Video poker may be perceived as a unique combination of a traditional poker game and slot machines. Even though you might have some hesitations about your chance of winning, there are still some techniques that may help you to become a better punter. The rules aren’t that hard to understand and the house edge is […]

Train Your Brain to Become a Great Gambler

While most gambling websites post thousands of different blog posts about gambling strategies, various tips and tricks that can help you become a better gambler, they often forget the essential component of success! This single greatest tool is located right between your ears – yes, you’ve got it right, that’s your brain. Surprisingly, your mind […]

Tour de France: a Bookmaker`s Guide You`ve Been Looking For Ooh, Le Tour de France. There is something about this name that makes you want to pronounce it with a fake French accent. Let`s admit that all French words sound charming except for such linguistic creations as épanouissement or feuilleté. Don`t bother trying to deal […]